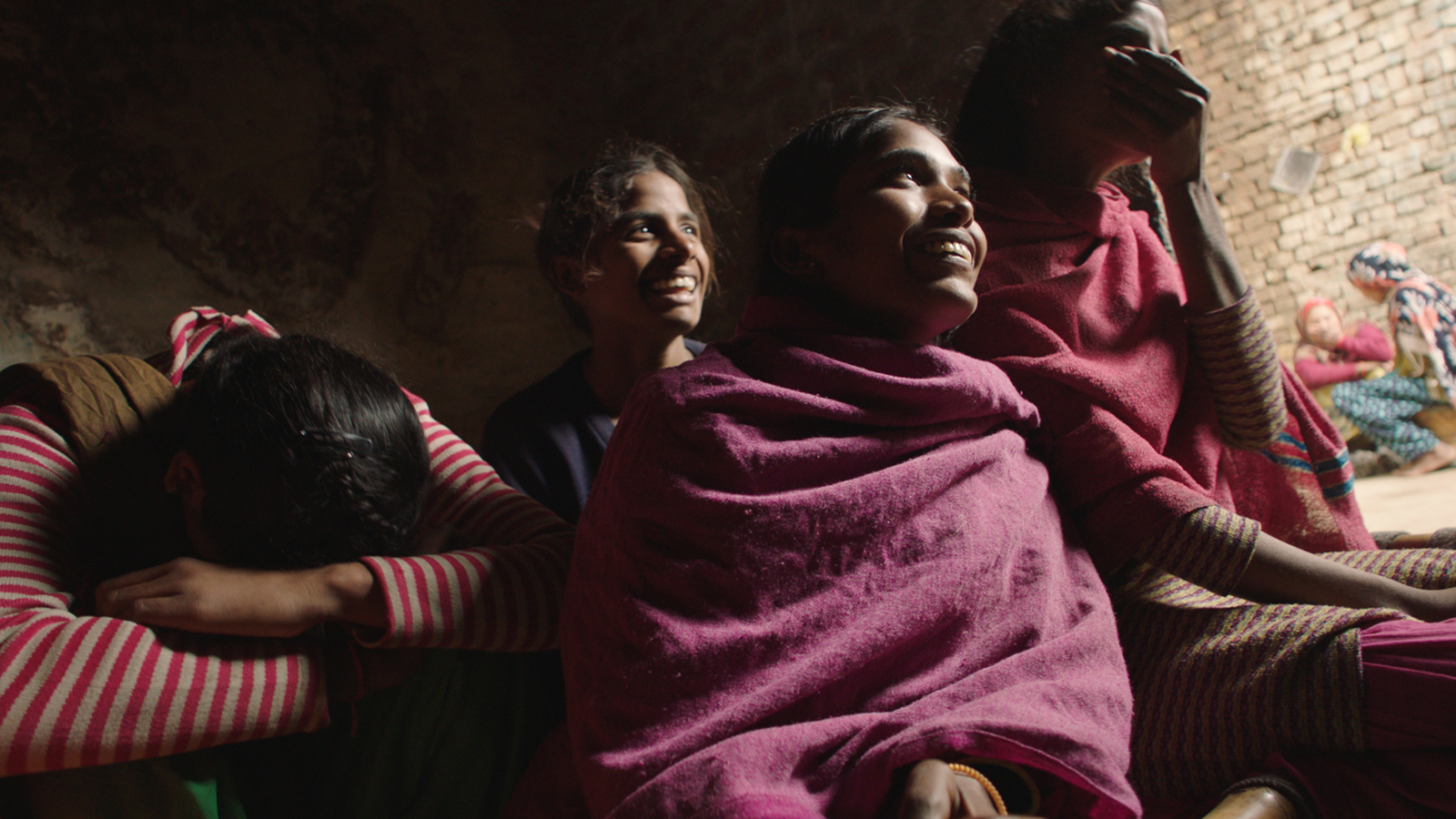 India’s GDP would rise by $5.5 billion if 1 percent more girls were enrolled in secondary school. But according to The Pad Project, many girls drop out once they start their periods.

This issue struck a chord with alumna Melissa Berton, who founded The Pad Project with her students at Oakwood High School. The nonprofit raised money to install a sanitary pad machine in Kathikera, India. The manual apparatus is used to make pads, and is the inspiration for Berton’s Academy Award-nominated short documentary, “Period. End of Sentence.”

“We started with the idea that a period should end a sentence, not a girl’s education,” Berton said. “But this village was so removed that school wasn’t the issue; in this particular village, the main thing was women taking care of themselves for themselves and not feeling shame about a natural process.”

Berton and her students fundraised within their community and on Kickstarter, and eventually earned enough for a pad machine, a year’s worth of raw materials and the film’s funding. The film shows people’s preconceptions about periods, as well as the changes in the village six months later. By portraying the changes the nonprofit brought to Kathikera, Berton said she hopes to demonstrate the importance of destigmatizing menstruation and female empowerment.

The village women now own the pad machine and named their brand “Fly,” because they want to help other women feel like they can soar. She said the women want to expand their product into Delhi, and have made alterations to the original pad design to fit their own preferences, such as by adding wings. She said the women also determine the pricing, packaging and distribution strategy behind the product.

Buying pads can often be embarrassing for rural women, as they are often unaffordable and wrapped in incense. This leaves women to instead utilize old cloths made from rags or saris – traditional women’s dresses – she said. The people of Kathikera often think periods were an impurity or illness, Berton said, which in turn leads women to be barred from entering the temple while on their period.

Claire Silney, a student founder of The Pad Project, said they hope their efforts not only start conversations about periods, but also inspire people to contribute to the cause or to start their own passion project.

“We kind of had this realization that we wanted to address the issue in a larger way than just raising money for one single pad machine in one single village,” Silney said. “People who had no idea this was an issue are now watching (the film) and understanding that it is an issue.”

Engaging in conversations about the subject has created a shift in the village culture and even in U.S. culture – Americans have started to openly and shamelessly talk about periods, director Rayka Zehtabchi said. Zehtabchi visited the village twice during the filming process, and said the women who lived there originally had little knowledge regarding their periods. They were fascinated with the filmmaking process, but during interviews, she said they were often unwilling and uncomfortable to talk about periods, which were perceived as taboo in a way. The few people who responded relayed misinformation about menstruation.

“The women were rather Machiavellian in a sense; in order to install the machine, they actually told the men they were installing a Huggies machine,” Zehtabchi said. “(Six months later) they were grabbing our hands and pulling us into the machine room and teaching us how to make a pad.”

During Zehtabchi’s second trip to India, six months after her first, she found a shift in the attitude of the men and women alike. Because making the pads provided women with jobs, they felt more empowered as they could contribute financially to their families, she said. In the documentary, one of the women shares that she used her earnings to buy her brother a suit – the moment was special because in her experience, it is usually brothers who buy their sisters gifts.

Since the film’s release in April, Silney said The Pad Project has installed a second pad machine in a neighboring village, Sudhena, and plans to install more in other countries. Silney said the women rely less on their husbands and can now help support their families; members of The Pad Project do not want to invalidate cultures, but instead tailor their assistance to fit into the existing traditions, she said. Closer to home, she said The Pad Project hopes to address the stigma in the United States and provide better access to menstrual hygiene products to women in homeless shelters, women’s centers, prisons and areas of natural disasters.

“I think that moving forward, (we’re) also focusing on our own local communities and noticing the fact that the stigma surrounding menstruation and lack of access to menstrual products is not just an issue in developing countries halfway across the world,” Silney said.