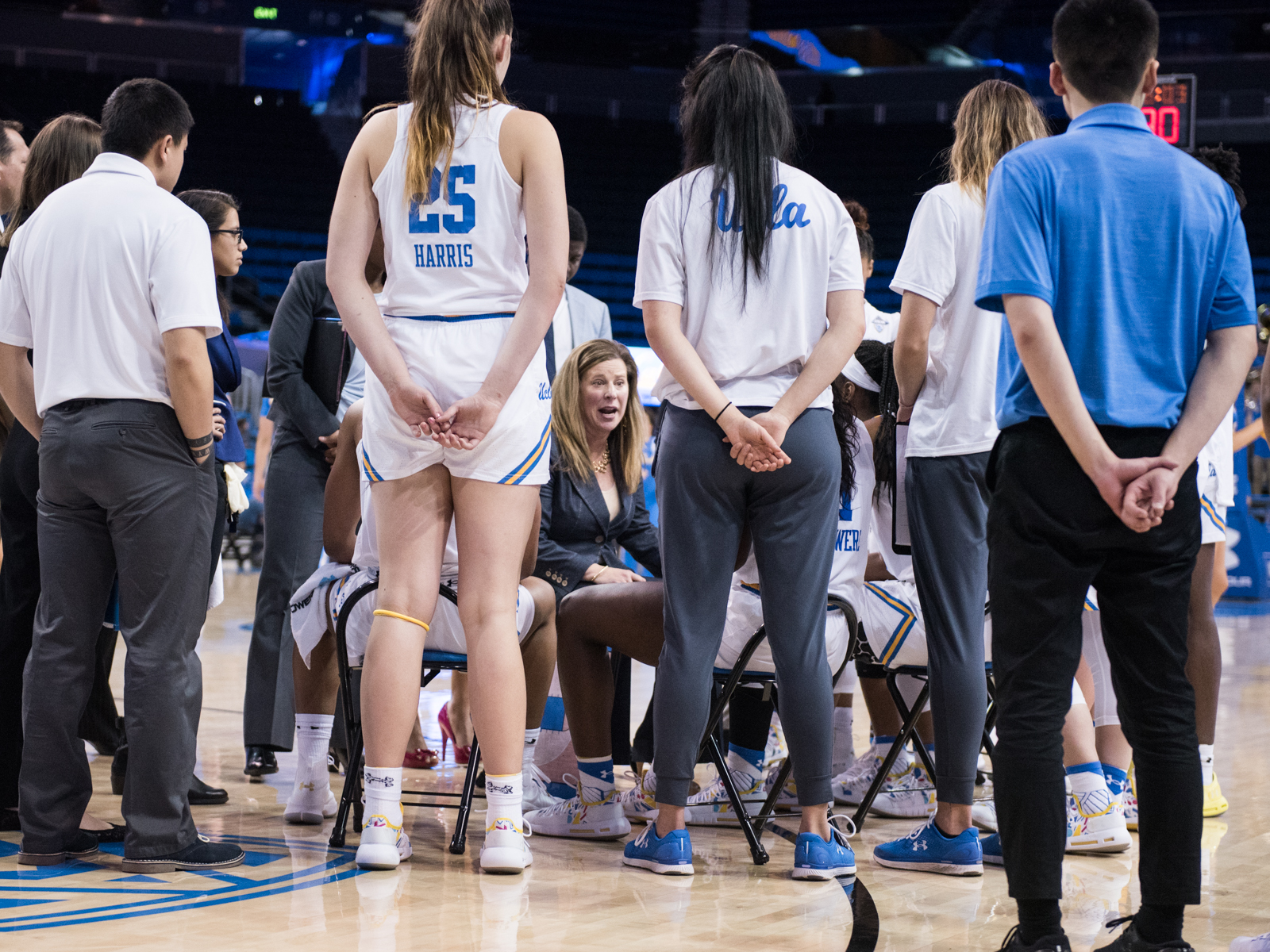 UCLA women’s basketball kicked off its season with a 3-5 start – its worst in five years. But the Bruins have since then gone 13-5, sit in fifth place in the conference and are projected to be a No. 8 seed in the NCAA Tournament. (Anirudh Keni/Daily Bruin)

Coach Cori Close said the Bruins are playing their best basketball of the season.

“I told them today at shootaround, ‘Y’all, a pretty fun part about this team is that we have come so far,'” Close said. “I think that we (have been) playing our best basketball in these last few weeks.”

Despite falling to then-No. 10 Stanford on Friday, UCLA women’s basketball (16-10, 9-5 Pac-12) defeated California on Sunday. After opening with a 3-5 record – the Bruins’ worst start in five years – UCLA has now won seven of its last eight games.

“I just think we’ve stayed focused on getting better every week,” Close said. “I still think we’ve got a lot of growing to do.”

The Bruins will face three of the top six teams in the conference in their last two weeks of the regular season – two of which are ranked inside the AP Poll’s top 15.

Close said the tough competition is crucial to UCLA’s growth and showing its worth to the committee for the NCAA tournament.

“(Tough opponents are) exactly what we need in terms of putting ourselves under our control,” Close said. “You go even .500 against those teams and you show yourself that you’re in the mix of that. … (Beating weaker teams) doesn’t help us get prepared for March.”

ESPN’s Charlie Creme and the Real Time RPI currently has UCLA placed as a No. 8 seed in the NCAA tournament in their most recent brackets – none of which Close said she has glanced at.

“I’ve really not looked at one bracketology, not one,” Close said. “I think when you end up getting distracted or worrying about the wrong things or listening to the wrong things, that’s when you slow down and plateau.”

The Bruins have just four regular-season games left before the Pac-12 tournament and NCAA tournament.

Sophomore forward Michaela Onyenwere said the Bruins are feeling the grind of the season, but the team must be reminded that March Madness is just four weeks away.

“I think everybody else is tired,” Onyenwere said. “It’s just finding a way to get through it and just finding ways to stick together.”

Senior guard Kennedy Burke – who missed UCLA’s victory against Fresno State on Dec. 7 due to a minor injury – said the Bruins will also need to be cautious of their health.

“Making that choice to stick to the process (and) taking care of our bodies physically and also mentally (will be important for the remainder of the season),” Burke said.