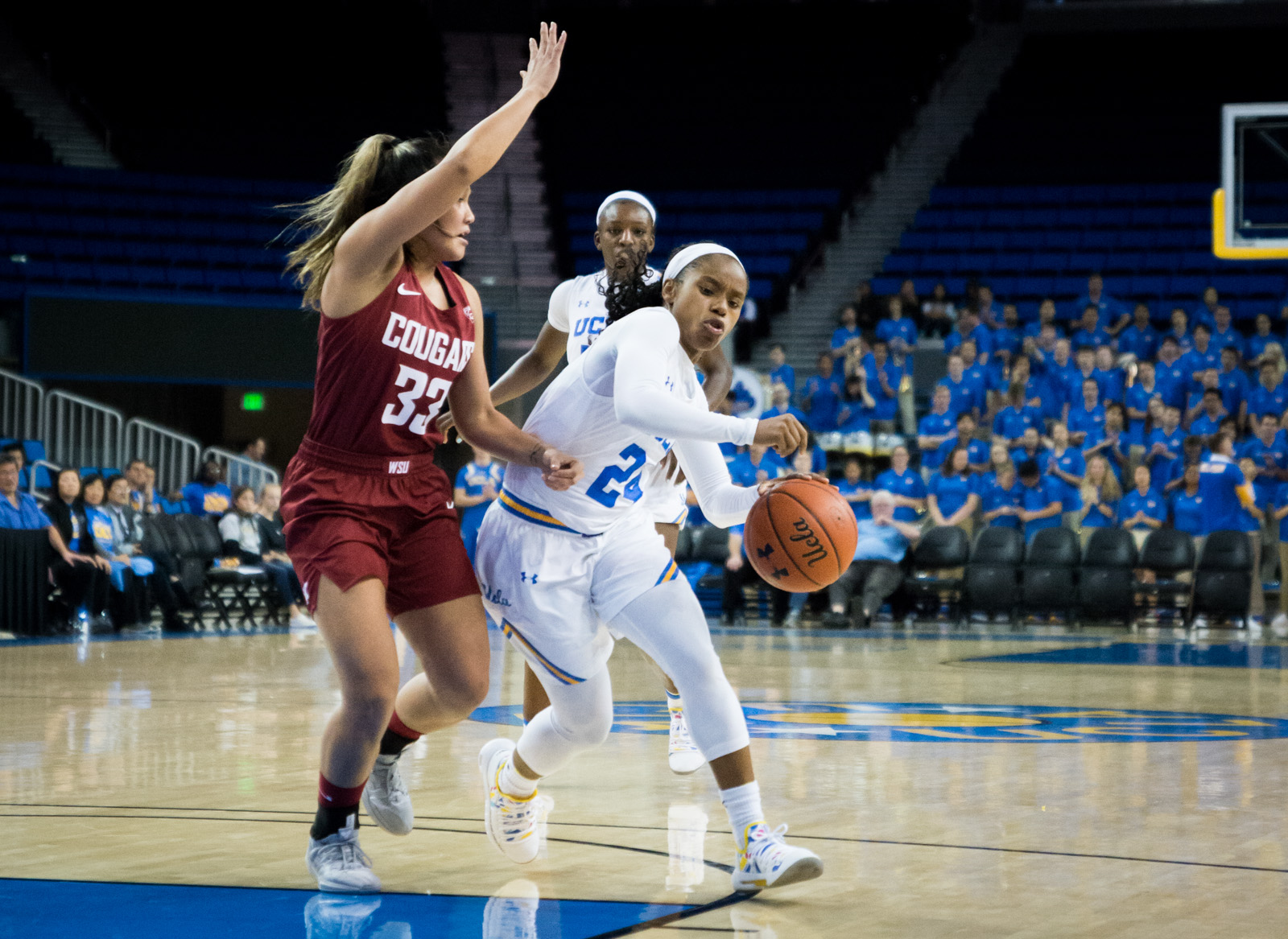 The Bruins ascended in both altitude and national consideration this past weekend.

The difference in elevation between Los Angeles and Boulder, Colorado is just over 5,000 feet, and the difference is approximately 4,000 feet for Salt Lake City.

The Bruins prepared for the high elevation by hydrating with a purple and pungent liquid, not suited for those with a sensitive palate: beet juice.

“We were really just trying to do everything that we can,” said coach Cori Close. “We always talk about being champions of the preparation and that’s what we’re really focused on. And this week, (drinking beet juice) is what we needed to do.”

No UCLA starter played less than 30 minutes in each game and freshman guard Ahlana Smith led the bench with 33 minutes.

“We don’t have a real deep rotation so (drinking the beet juice) was a huge key,” Close said.

The Bruins were without sophomore guard Chantel Horvat and redshirt freshman guard Kayla Owens, who average 15 and eight minutes per game, respectively.

Senior guard Japreece Dean – averaging a team-high of 33.4 minutes per game – said she noticed a difference in her endurance as a result of the drink.

“It helps a lot with oxygen (deficiencies) and our breathing,” Dean said. “I think it helped with our bodies for sure.”

Nitrate-rich beet juice serves to improve blood vessel functioning and delivers oxygen to the body at high altitudes, according to a 2015 study by the Norwegian University of Science and Technology.

But senior guard Kennedy Burke said she didn’t drink it for the taste.

“Honestly, that was probably the most disgusting thing I ever tasted in my life,” Burke said. “But it helped because it contains iron in it and it just helps with giving us that energy.”

Burke moved into the top 20 on UCLA’s all-time scoring list with a 10-point performance against Colorado and a career-high 26 points against Utah.

“We have a great nutritionist in (Papanos),” Close said. “She did a great job explaining to our team about how to get them ready to play their best and our team bought in and got it done.”

With UCLA matching its longest winning streak of the season at six games, Close said the team has to take the small things into accountability.

“You never know (how much you improve) by doing those things,” Close said. “You have to take care of every little thing under your control to give yourself a chance to play at an elite level.”