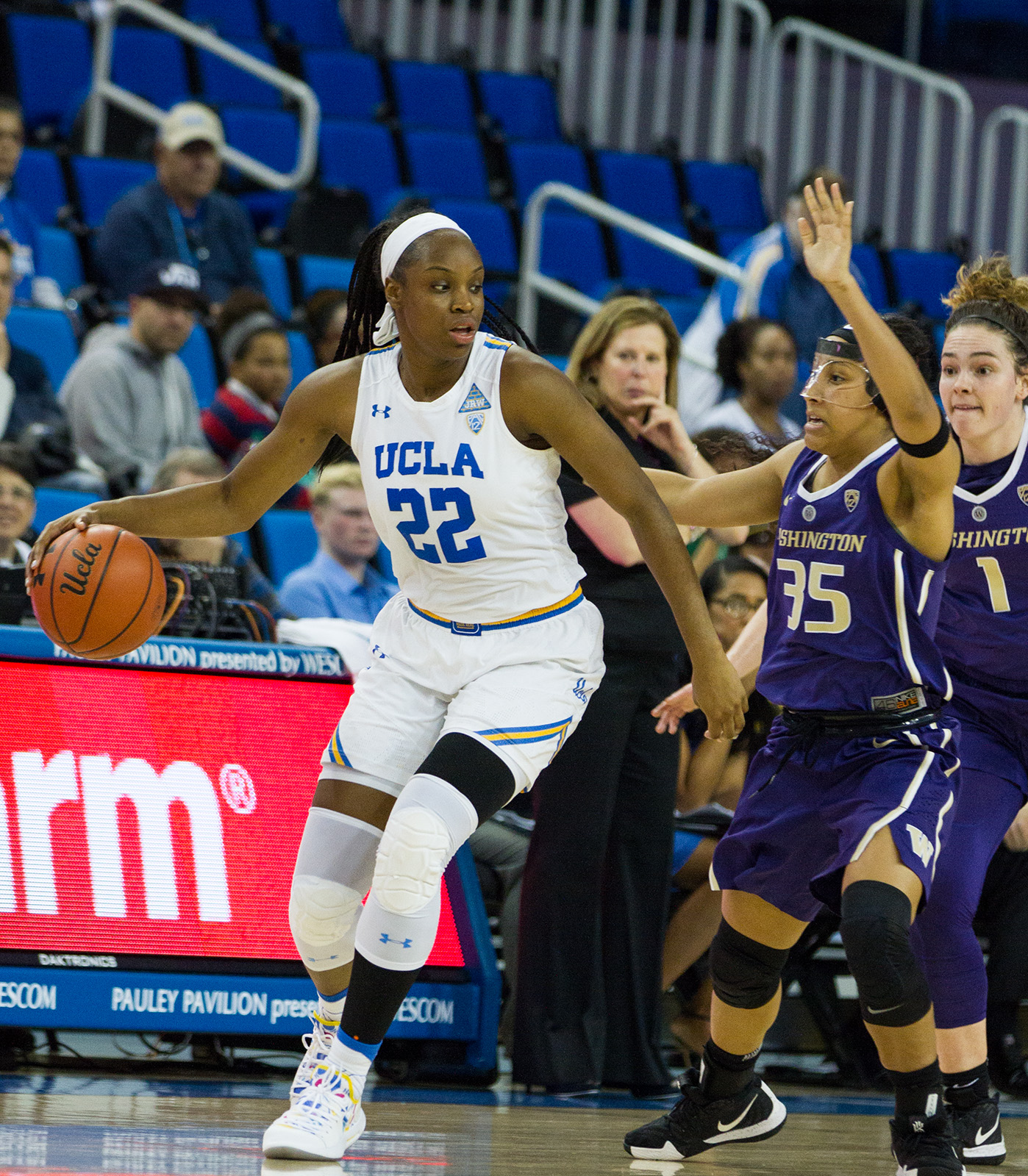 Senior guard Kennedy Burke registered a career-high 26 points on 11-of-18 from the field. Burke’s 10-point performance against Colorado on Friday moved her into the top 20 on UCLA women’s basketball’s all-time scoring list with 1,291 career points. (Tanmay Shankar/Daily Bruin)

The Bruins are higher in the Pac-12 standings than they have been all season.

“I just care that we got a really great sweep,” said coach Cori Close. “We are just champions of the weekend.”

The Buffaloes got up early on the Bruins on Friday, leading 20-11 at the end of the first quarter.

“We came out very flat,” Close said. “(Colorado) was making it to all the loose balls first. They were getting second-shot opportunities. We were making mistakes in our game plan, and I was not very positive after the first quarter.”

UCLA turned the ball over four times and allowed four second-chance points in the first quarter.

The Bruins flipped the script in the second period, outscoring the Buffaloes 20-11.

“We just started to improvise certain things,” said senior guard Japreece Dean. “It starts with defense. And when you have great defense, you have great offense because you start running in transition and getting layups.”

The Buffaloes came within one point of tying the Bruins in the fourth quarter, but a step-back jumper at the top of the key from sophomore forward Michaela Onyenwere iced the comeback with a minute left to seal the UCLA victory.

UCLA trailed Utah the majority of the game Sunday until Onyenwere sparked an 11-0 run with a putback layup that started late in the third quarter and went into the fourth, putting the Bruins ahead for the remainder of the contest.

The Bruins’ 40 points in the final frame – which broke the school record for most points in a quarter – capped off their highest-scoring game of the season.

Onyenwere notched her seventh game of the season with 25-plus points, while senior guard Kennedy Burke posted a career-high 26 points.

Dean joined Onyenwere and Burke with 24 points of her own, crediting her success to her teammates’ scoring.

“(Onyenwere’s and Burke’s scoring) helped out a lot,” Dean said. “The game plan was to get them the ball because of their mismatches and we executed that game plan.”

Burke said Close addressed the issue at halftime. The Bruins ended the game with 10 offensive rebounds.

“(Close) said that if we buckled down, if we get more boards than them, we win the game,” Burke said. “We picked that up at the second half and it was a huge game changer.”

UCLA will face off against No. 11 Stanford (19-4, 9-3) and California (14-9, 5-7) for the final time of the Pac-12 regular season after ending its previous meetings with each opponent by six points or fewer. 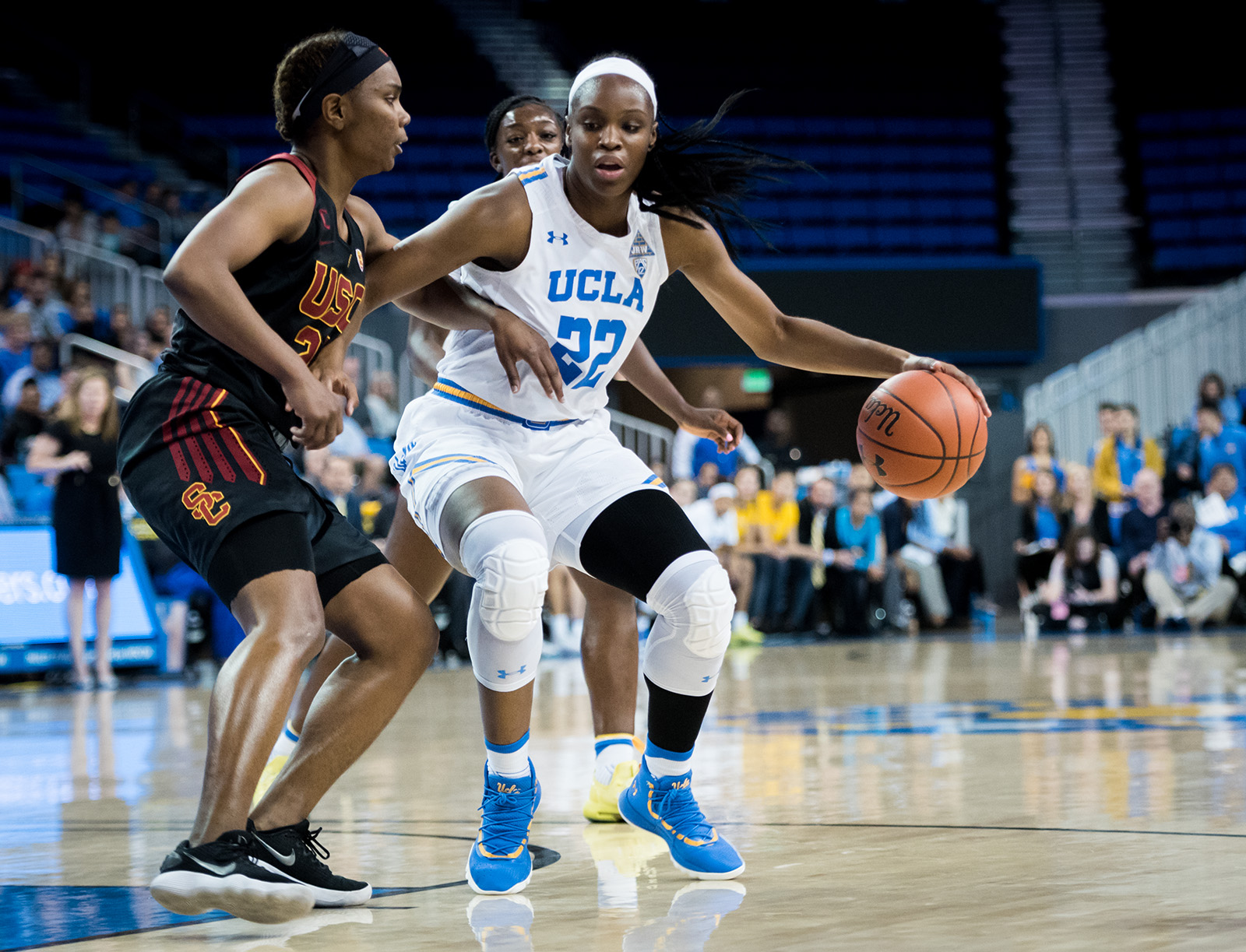 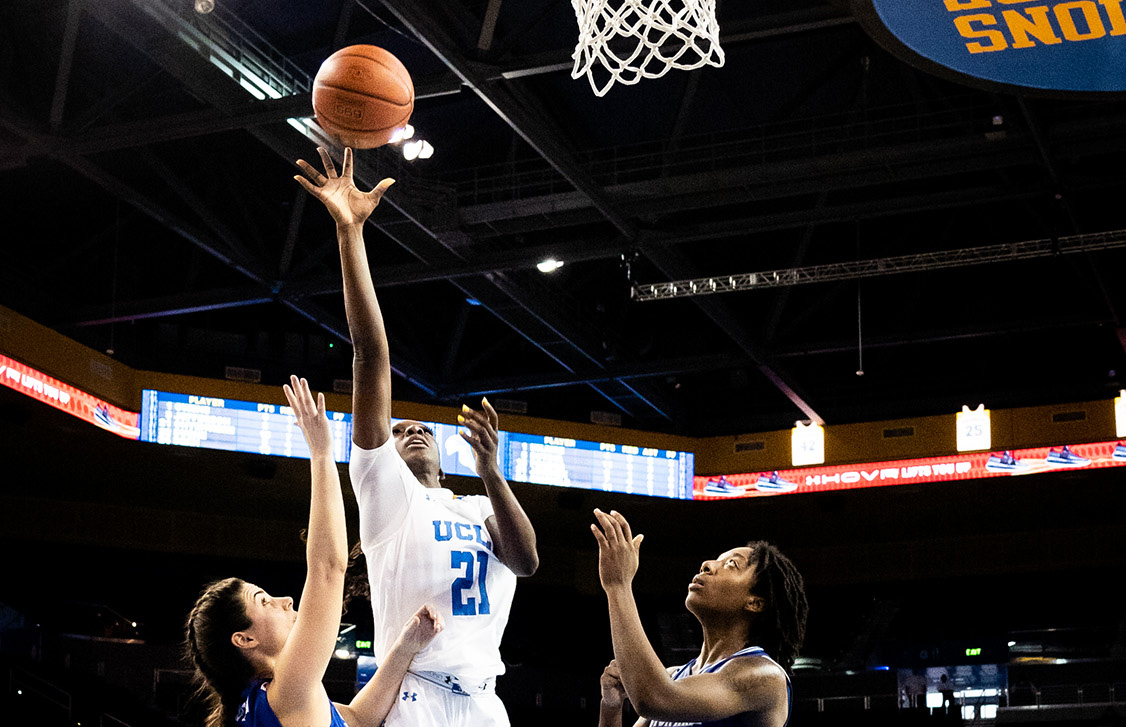