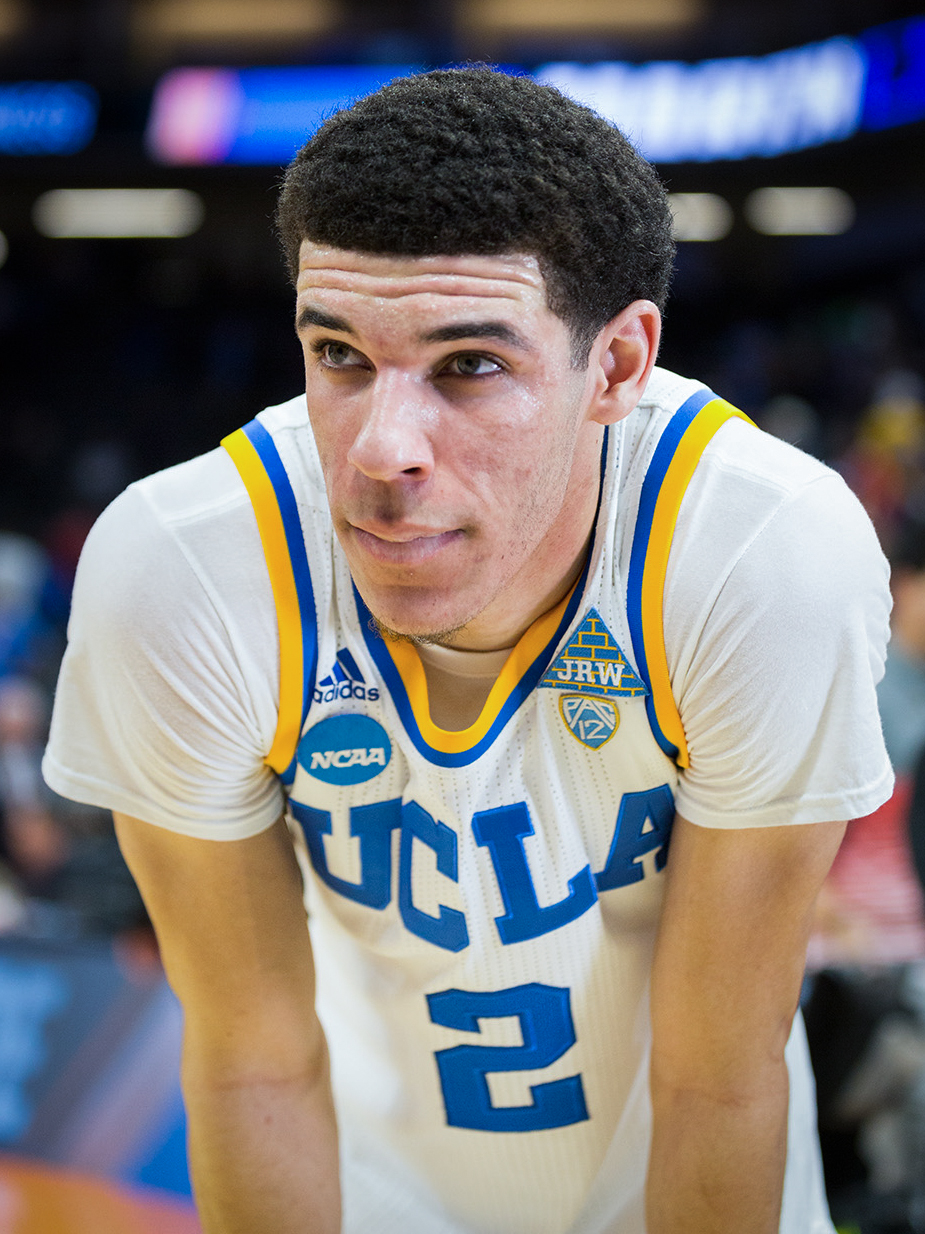 Former UCLA men’s basketball guard Lonzo Ball has been involved in recent trade talks despite being in just his second NBA season. Ball is currently averaging 9.9 points and 5.4 assists per game for the Los Angeles Lakers. (Daily Bruin file photo)

Lonzo Ball’s time in Los Angeles appears to be coming to an end.

But that begs the question – why so soon?

The Lakers selected the former Bruin guard with the No. 2 overall pick in the 2017 NBA Draft after Ball put together a historic freshman season for UCLA in which he averaged 14.6 points, 7.6 assists and six rebounds per contest.

However, with the NBA trade deadline set to pass at noon Thursday, rumors of a blockbuster trade between the Lakers and New Orleans Pelicans involving superstar Anthony Davis have been swirling throughout league circles.

Ball is one of the many players expected to be involved in any potential trade package from the Lakers, and whether a deal gets done by Thursday or not, it is safe to assume Ball will not be around for much longer.

Despite a number of people – including myself – still believing in Ball’s potential as an NBA player, his tenure in the City of Angels seemed destined to fail from the start.

After he played high school basketball in Chino Hills, California, before attending UCLA, it felt as if there were some type of prophecy that Ball was supposed to fulfill by joining the Lakers.

However, the looming shadow of expectations and success that came with being a key part of one of the most prestigious organizations in sports was too much for Ball to overcome in just a season and a half.

Not only that, but a number of players selected behind him in the draft such as Jayson Tatum, De’Aaron Fox and Donovan Mitchell have already blossomed into stars at the professional level.

That isn’t to say Ball has underperformed or failed to develop – he has just failed to meet the unreasonably high expectations of the Lakers.

Sure, his 3-point shot still needs work, and he’s only a 43.7 percent free throw shooter for his career, but Ball’s value is in everything else he does on the basketball court.

His rare combination of rebounding and passing skills – as well as his defense at the point guard spot – make him an outstanding fit in the modern NBA. Although his scoring numbers aren’t where the Lakers would want them to be, it’s undeniable that he creates plenty more opportunities for teammates with his playmaking abilities.

But it’s not just the expectations or the on-court performance that has hindered Ball’s professional career.

While he will be the first to tell you that his father, LaVar Ball, has not been a distraction to him directly, it is clear that LaVar Ball has rubbed the Lakers organization the wrong way.

Despite wanting Lonzo Ball in a Lakers uniform since before the draft lottery even happened in May 2017, LaVar Ball has already expressed to the media a number of times what he dislikes about the Lakers as a franchise and how it’s run.

Most notably, LaVar has been extremely critical of Lakers coach Luke Walton. Just on Tuesday, Ball said that Walton was the worst coach Lonzo Ball has ever had, and that Walton, “turned (Ball) into a loser.”

Regardless of what an organization says or does not say about a situation like this, it’s impossible to believe that it isn’t a distraction.

But again, these are all factors out of Lonzo Ball’s control. And unfortunately, no matter what the future holds for him, he will be followed by all of these past demons wherever he goes.

Whether he overcomes those issues or not is yet to be seen, but if there is one thing you need to know about Lonzo Ball, it’s that he has been winning his entire life.