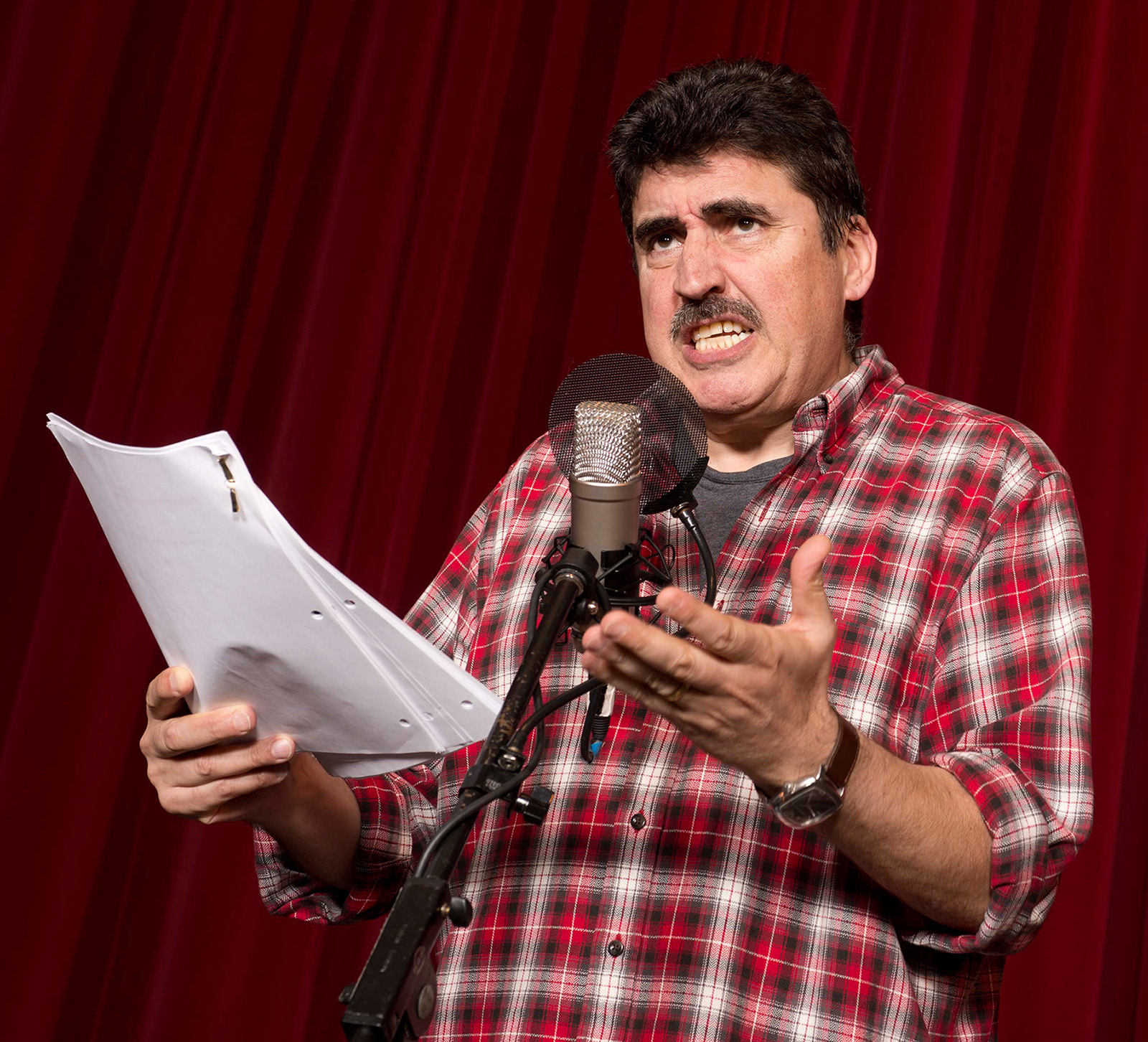 Alfred Molina stars in “A Walk in the Woods,” which follows Russian diplomat Andrey Botvinnik and American arms negotiator John Honeyman while they discuss the politics during the Cold War. (Courtesy of Matt Petit)

"A Walk in the Woods"

A discussion between a Russian and an American provides a glimpse into the Cold War era.

“A Walk in the Woods”premiers at the James Bridges Theater at UCLA on Friday, featuring a cast of just two actors. Director Cameron Watson said the play highlights the art of diplomacy as it follows Russian diplomat Andrey Botvinnik and American arms negotiator John Honeyman while they discuss the politics of the Cold War. Though the play originally debuted during the Cold War, its focus on overcoming political boundaries still resonates today, Watson said.

“It’s kind of eerie how (the play) resonates in similar ways that it did at that time, but in completely different ways in the time that we live in today,” Watson said. “The grander themes of peace and the bigger picture of the (play) – of two men talking as men but handling giant world issues in peace negotiations and harmony or disharmony on the planet – is even a louder bell today than it might have even been then.”

The show’s producer Susan Loewenberg said the juxtaposition between the Russian and American characters is prominent. Honeyman is younger, less experienced, more idealistic and has not experienced as many disappointments as the older Botvinnik, Loewenberg said. The characters find common bonds despite their national differences and work through the complications of diplomacy, she said.

“That’s what you’re seeing: youth versus age, experience versus inexperience, all played out in this dialogue between these two people,” Loewenberg said. “And without all of the sort of accouterment that actors are used to working with, it is quite an interesting and thrilling experience.”

By honing in on two characters who seem completely different at the beginning of the play, Watson said the production is not strictly political. Instead, it reveals what Botvinnik and Honeyman think about regarding world peace, trying to do good and protecting their own countries, Watson said. The characters’ differing Soviet versus American alignments complicate their relationship, Watson said, but they are able to bond personally in discussing peace negotiations while their countries battle.

“The beauty of it is that what you have in this play is this one relationship,” Watson said. “There’s not a relationship with anyone else on stage, you don’t have supporting characters that come in and kind of support other ideas or other storylines.”

The characters’ discussion reveals subtleties about their personalities, Loewenberg said. “A Walk in the Woods” breaks down the stereotype of Russians being violent and cold-hearted, she said, and provides insight into the realism of Botvinnik’s views on the difficulty of finding world peace. Although the characters find an agreement among themselves, Loewenberg said, their diplomacy is limited by the power of political leaders who make the final decisions. Reaching peace is difficult when political leaders prevent people from interacting on a personal level like the diplomats in this production do, he said.

Playwright Lee Blessing said audiences will be surprised when they find the Russian character is more enticing than the American. He is charming and more well-rounded than the American, who takes longer to grow on audiences because he has less diplomatic experience, Blessing said. Seeing Botvinnik interact in a more personal way humanizes him and makes audiences understand him on a more three-dimensional level, he said.
.

“I grew up during the Cold War, and Russians were thought of as enemies; they’re simply thought of as untrustworthy people,” Blessing said. “And then I traveled there in the 1970s, and I met a few people, realized that … was too much to stereotype.”

Blessing said the reality of the threat of nuclear warfare is one thing that connects the Cold War time period to where we are today. The introduction of such harsh weapons complicated the way diplomacy and warfare work, Blessing said, and “A Walk in the Woods” aims to start a conversation around that.

“The issue is how can we change as human beings in order to (eliminate) the threat,” Blessing said. “What can we do to become better humans to keep us all secure.”