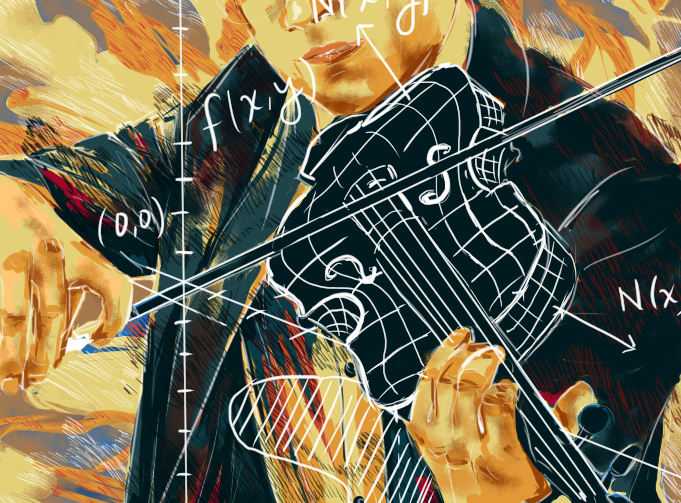 Nick Marechal at The Canyon

Nick Marechal occasionally melds his mathematics Ph.D. into the blues-influenced music he plays.

The UCLA alumnus has played blues-rock music since adolescence, but only in the past few years did he decide to make music his full-time career. On Jan. 25, he and his band will perform at the Canyon, a music venue in Agoura Hills, California. With a blend of his musical and mathematical background, Marechal said he relies on emotion and analytical thought to guide his artistic sensibilities.

“In the case of songwriting, it might be more emotional or a commentary thing that I do,” Marechal said. “Other times when I’m songwriting, I think fairly analytical and my math background seeps in that way.”

Marechal, who grew up in the San Fernando Valley, said he was heavily drawn toward music. He listened to FM radio, which played a variety of blues-rock artists including Jeff Beck and Johnny Winter, and started playing guitar when he was 14. He soon started jamming with others his age, formed garage bands and slowly transitioned to playing in bars, he said. When he turned 21, he began thinking of career opportunities that required a college education and eventually ended up graduating from UCLA in 1986 with a Ph.D. in mathematics.

Marechal went on to work as an engineer until 2013 before deciding to become a recording artist. His analytical nature never left him and allowed him to recognize patterns, especially with chords in music, he said.

The patterns Marechal noticed, however, weren’t just musical – they also applied to history. Analyzing the Japanese internment in World War II and the attitudes toward Muslim communities after 9/11, he said he noticed a concerning historical pattern of suspicion toward certain racial groups after national attacks. This gave him the inspiration to write the song “Land of the Free.” His lyrics reflected on that suspicion and the country’s response to the matter of national security, he said.

“You read things in the paper, you see things in the media and then you start to analyze it – what’s going on here? You see something happening today, and you compare it to prior events and what happened,” Marechal said. “It’s a bit amorphous, but my analytic thinking plays into how I look at current events.”

Grant Karamyan, a UCLA alumnus who Marechal mentored, said some of Marechal’s musical creativity can also be attributed to his mathematics degree. He said that mathematics is a discipline that requires imagination, and though mathematics and music are disparate, the creativity is translatable, allowing someone like Marechal to develop both mathematical ideas and musical melodies.

When recording in a studio, Marechal said he recognizes different mathematical concepts that are in play, such as the Nyquist sampling theorem. The theorem involves analog signals, a particular type of sound wave that may come from drums or vocals, and each signal possesses a max hertz, the highest frequency of the signal. To fully capture this sound wave digitally, the signal capture rate has to be at least two times the highest frequency. Though knowledge of the sampling theorem isn’t directly incorporated into a song, Marechal said it helps with creating a deeper understanding of how the digital recording process works.

Despite the years studying mathematics and working as an engineer, Marechal said his songs, for the most part, remain emotionally driven and of a commentary nature. In his song “Edge of a Ledge,” he recalls how his mother raised four sons alone against an impending house foreclosure.

John Ferraro, the drummer in Marechal’s band, said some of Marechal’s mathematical nature bleeds into his songs in the form of complex chord progressions, but Marechal’s songs are mainly groovy – following conventional music structures and not mixed rhythms – and friendly to listeners’ ears. In the song “Detour,” which talks about an individual who ignored a detour sign, the rhythm is upbeat and bouncy.

“It doesn’t require the listener’s attention to figure out, ‘Wow, what’s that? He did something weird,’” Ferraro said. “It’s more about creating moods and styles and emotions.”

For his upcoming show, he will perform several of his songs, some of which are analytically influenced, such as “Land of the Free.” However, other songs, such as “Son of the Blues,” tell the story of a young guitarist and his rise to fame. Near the end of the song, its main character learns to play music for himself rather than for the spotlight. Although the ending was not based on his personal experiences, aspects of the song including the guitarist’s youthful interest in listening to FM radios and playing in garage bands were based on his life, he said.

“I think that mathematics is more than just writing equations and whatnot. It’s a way of thinking,” Marechal said. “And that’s what I bring into the studio. Sometimes that’s a good thing, but other times you just want to bring the passion.”