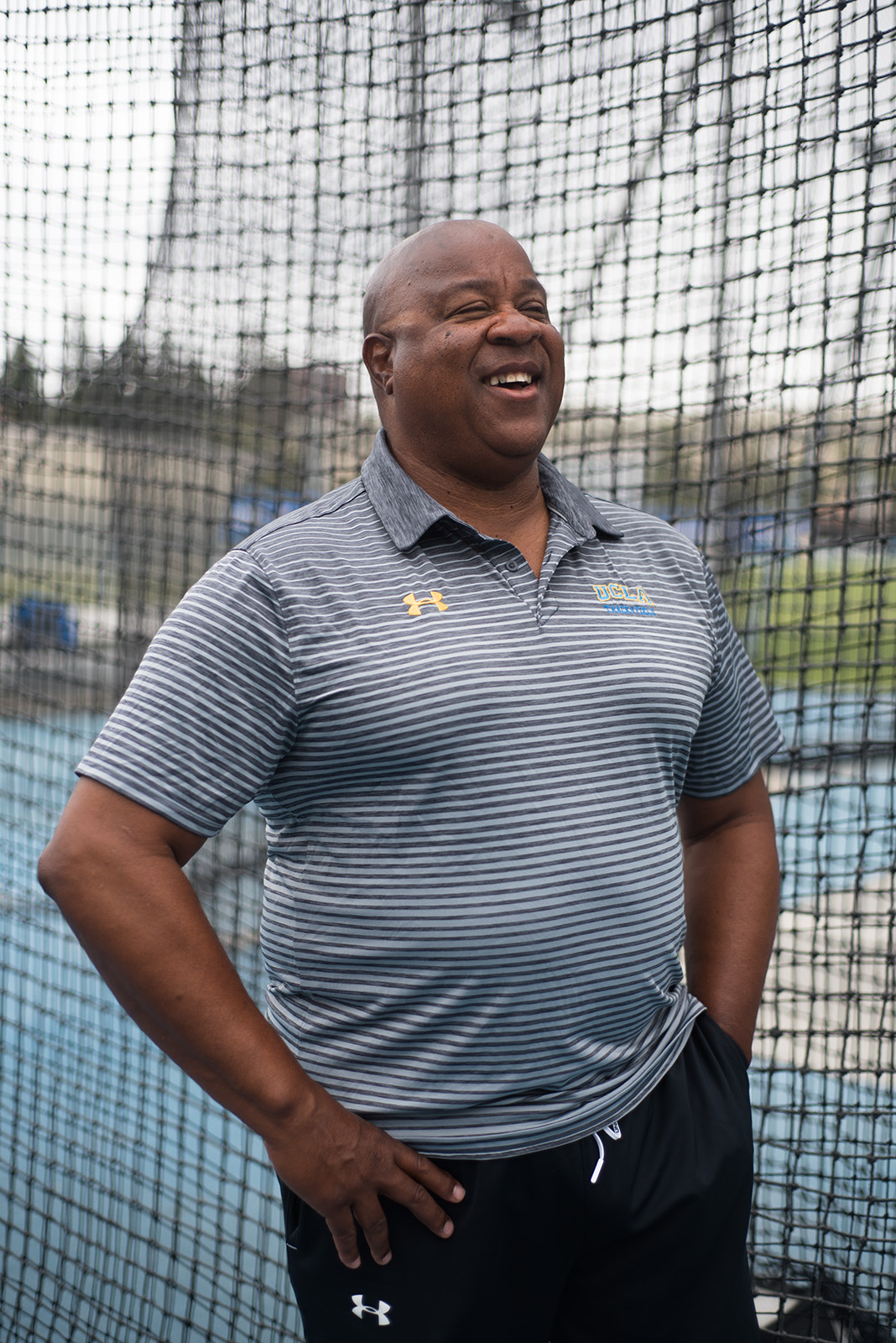 Assistant coach John Frazier has served as the throw coach for UCLA track and field for the past six seasons before the 2019 season. Frazier said he is excited to see how young team members like redshirt freshman Jacob Wilson progress. (MacKenzie Coffman/Assistant Photo editor)

Despite a deep-seated family connection, redshirt freshman thrower Jacob Wilson forged his own path to UCLA.

“Both my parents went to UCLA and were athletes; they definitely wanted me to come here but never forced me,” Wilson said. “I was pretty set on (California) actually but then I went on my official visit here; in the end I just knew that (UCLA) was the place I wanted to be.”

Kerry Wilson, Wilson’s mother, was a member of the gymnastics team in 1986 and 1987, when the team finished seventh and third in the nation, respectively. Jacob Wilson’s father, David Wilson, also competed for UCLA’s track and field team as a thrower. He is still No. 3 and No. 6 all-time on UCLA’s Outdoor Top-10 list in the hammer throw and discus, respectively.

Coincidentally, Jacob Wilson’s attendance at UCLA has been a reunion of sorts. Wilson’s father competed for the Bruins alongside assistant coach John Frazier, who is the primary coach for throwers on the team.

“(Wilson) is a pretty well-rounded kid; I’m actually even more impressed with what he’s doing in the classroom, which carries over to his training,” Frazier said. “I have a really good relationship with (Wilson) because it’s almost like reliving when I competed with his dad.”

Wilson bulked up by nearly 40 pounds during his redshirt year in preparation for his debut this season. Wilson said UCLA’s dining halls played a big part in his ability to accomplish that feat.

“I put on about 25 pounds last year; Covel and (Rendezvous) were two very big factors in my weight gain,” Wilson said. “On a more serious note, the training really picked up so much; the competitive environment on this team really is ‘sink or swim,’ I had to put on weight to stay competitive so I did.”

“Honestly, I think that’s a huge reason why we’re so good; we get to compete against some of the best people in the nation every single day,” Wilson said. “It’s almost like you have to rise to the occasion; if you’re going to be a part of the throwing squad at UCLA you just have to be good.”

Wilson’s teammates said that they feel he is ready to take on that challenge.

“Jacob Wilson has really surprised me this year,” Alyssa Wilson said. “Last year, he barely threw like 18 meters; this year he’s primed to throw 19 to 20 meters, if not further, and really make a run at his first NCAA appearance, if not on the podium.”

Frazier shares the excitement of his athletes for the newest addition to the team.

“(Jacob Wilson) is like a chip off the old block,” Frazier said. “His dad was one of the great all-around UCLA throwers, and (Wilson) is better than his dad.” 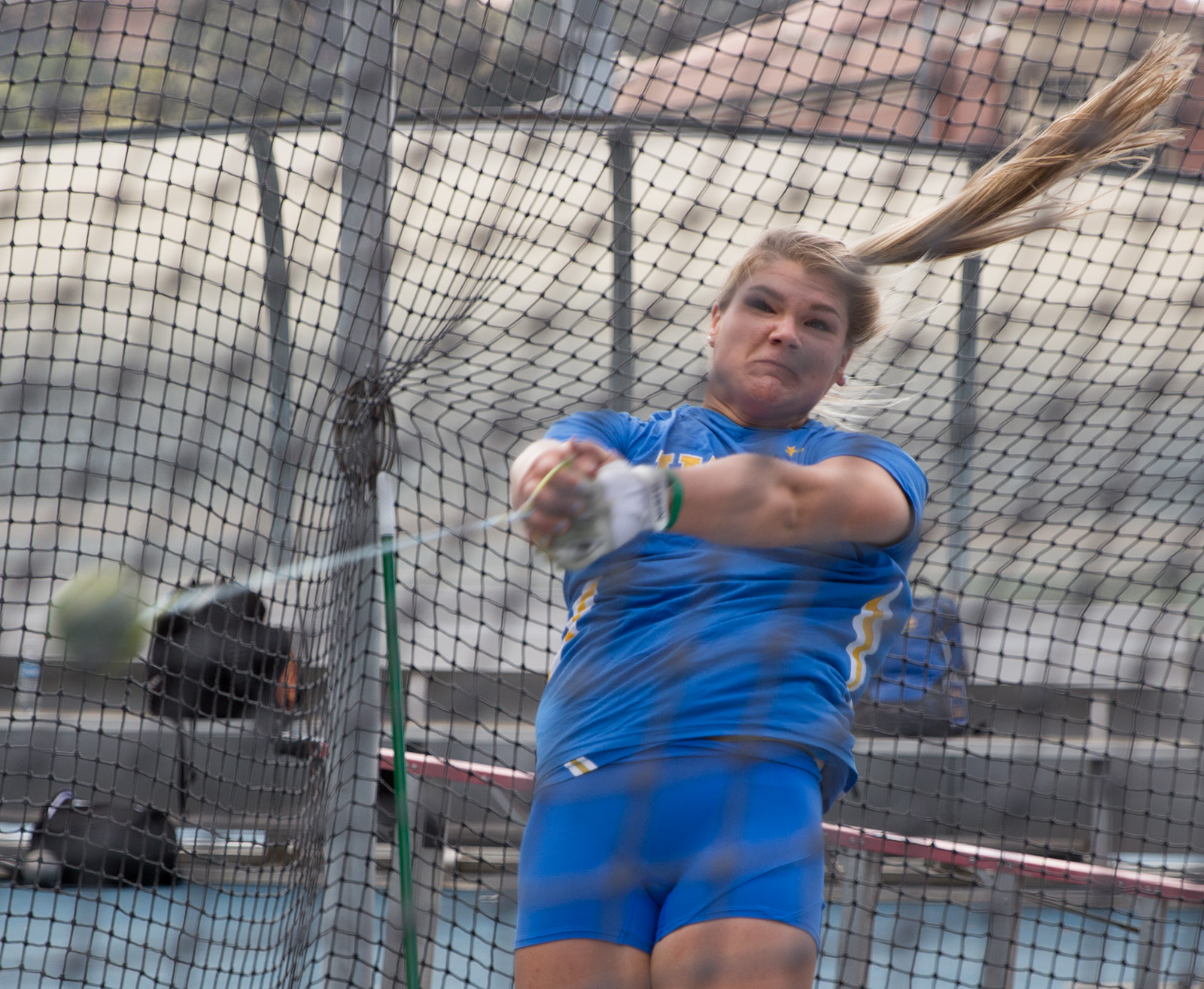 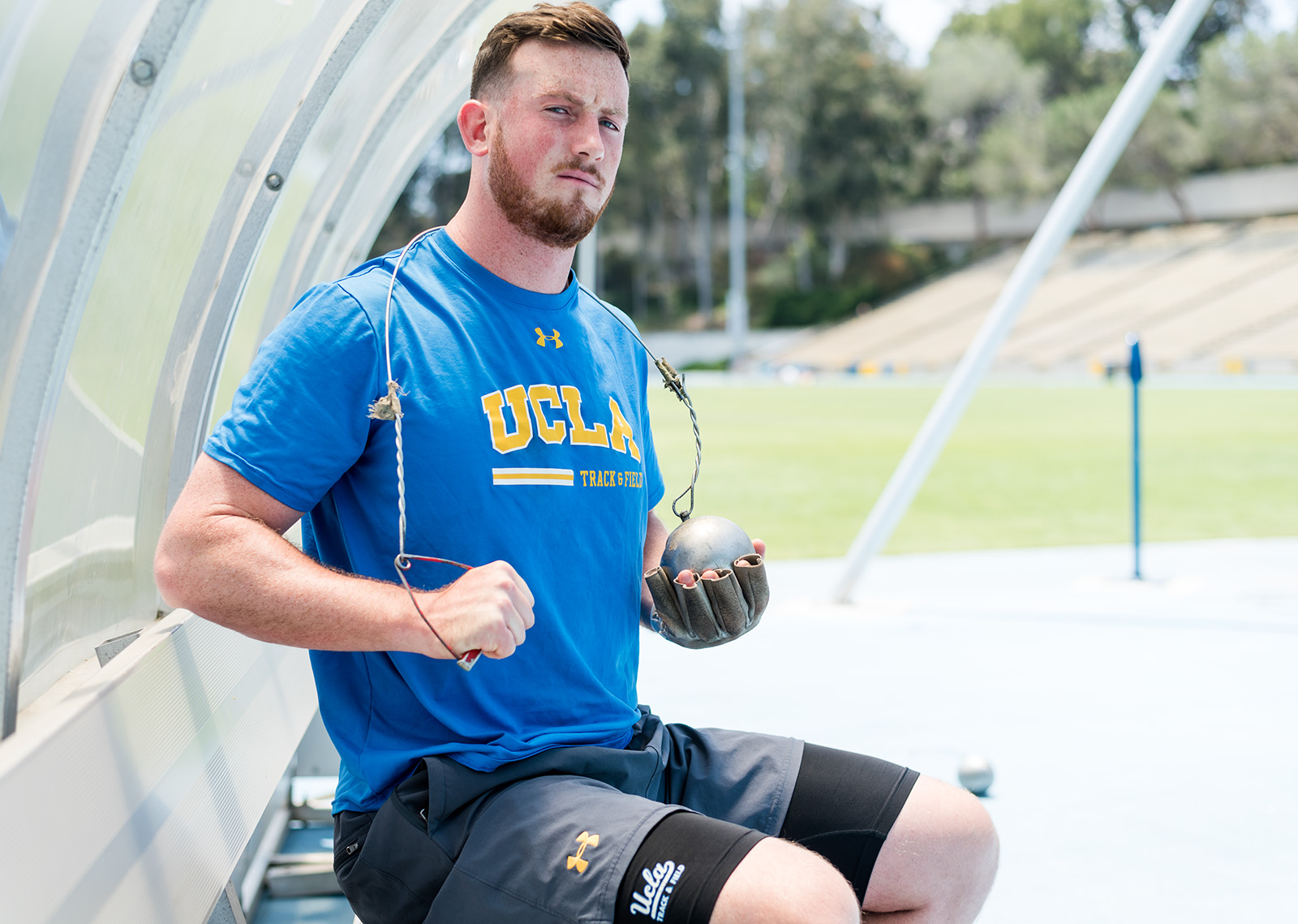