Un-Connon Opinions: UCLA football will grow under Chip Kelly, while USC will head into a slump 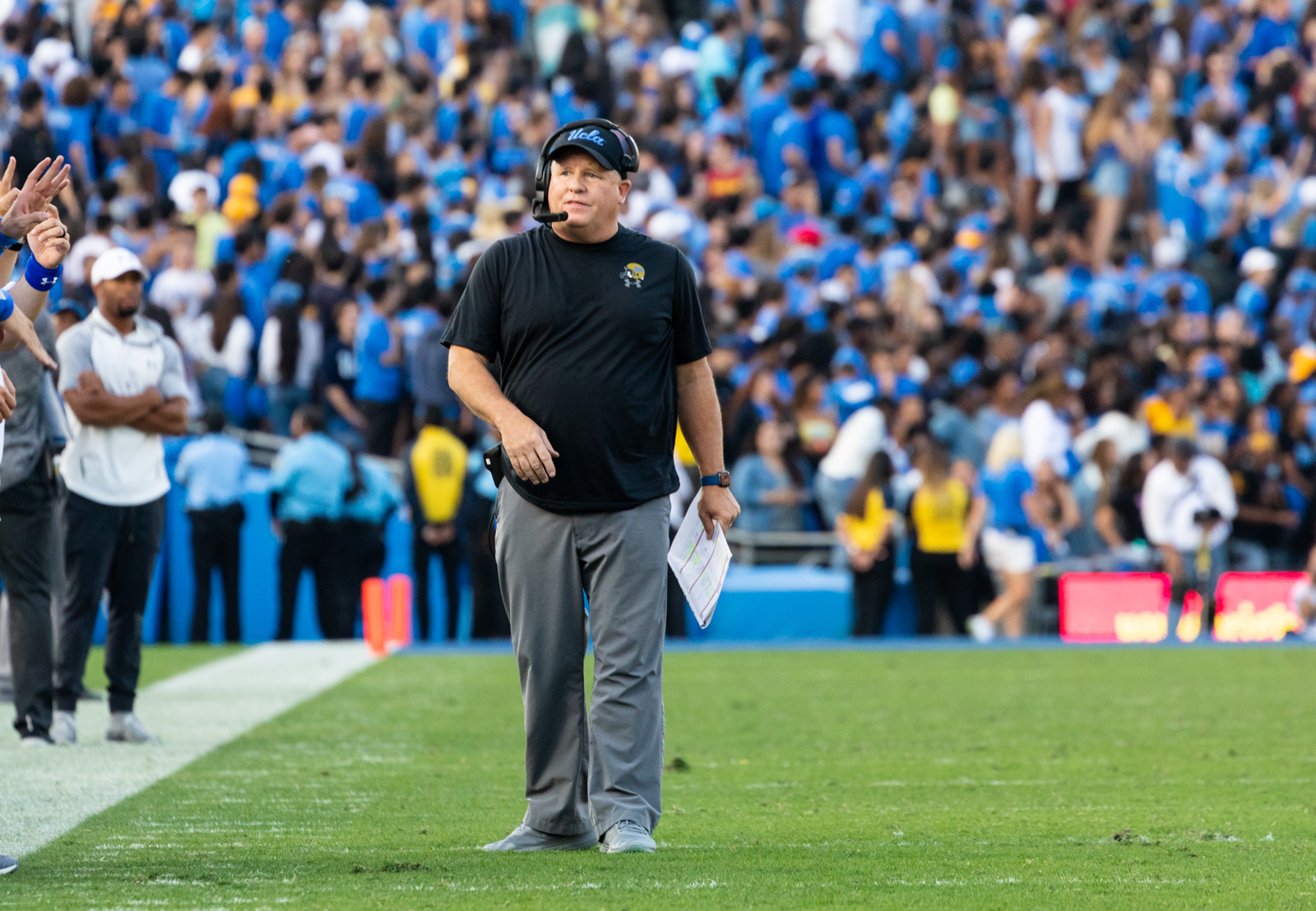 UCLA football finished 3-9 in 2018 after a historic 0-5 start to the season. The Bruins defeated their crosstown rival 34-27 on Nov. 17 to hand the Trojans their sixth loss, one week prior to USC’s matchup with then-No. 3 Notre Dame. (Kristie-Valerie Hoang/Daily Bruin senior staff)

UCLA and USC football are at a crossroad yet again.

Despite USC making a serious marketing push and getting fans hyped after signing Kingsbury in December, the Trojan faithful have turned on Swann for mishandling the situation.

And from across Los Angeles, it’s easy to feel better about being a Bruin.

Yes, it’s hard to feel overly positive coming off a 3-9 season. Coach Chip Kelly’s first year in Westwood went from being a return to glory to the start of a rebuild.

Every fan wanted and expected more from the Bruins this year, and frustration was at an all-time high after they started 0-5 for the first time since 1943.

So what’s my point? That USC’s and UCLA’s programs are both in shambles? Well, not exactly.

It was hard for me to accept the Bruins were rebuilding this year, especially after a home run hire in Kelly. But once that settled in, I saw that Kelly was playing the long game.

Year one was a struggle, and year No. 2 probably won’t be all that amazing either. But five years down the road, it’s easy to picture Kelly having complete control of the Pac-12 South.

Meanwhile, USC coach Clay Helton has been on the hot seat for over a year and Swann has refused to cut ties with him, despite nearly everyone else’s advice on the contrary. Swann’s solution was to instead hire a big shot coordinator in Kingsbury.

That blew up in his face, and Kingsbury ran off with Cardinals quarterback Josh Rosen. The coach’s air-raid offense won’t be helping the Trojans, but instead, it’ll help kickstart a former Bruin’s NFL career.

The turmoil at USC won’t last forever, and despite the brighter outlook in Westwood over the next few years, the Trojans are still the Trojans.

In the long run, the brand, funding and prestige at USC will uphold the program. But just like they saw a dark age after Pete Carroll left for Seattle in 2010, there could be another on the horizon for the Trojans.

Meanwhile, Kelly has instilled a sense of stability at UCLA. He didn’t win a lot of games, and sometimes his coaching style was head-scratching, but nobody is on the hot seat.

No one is getting fired, no one is leaking dysfunction and no one is panicking.

USC is on fire, it’s dysfunctional and everyone is panicking.

Now, it’s up to Kelly and the young Bruins to jump on the opportunity and take the program to new heights when it’s least expected.

LA is ripe for the taking, but USC won’t be down and out forever. 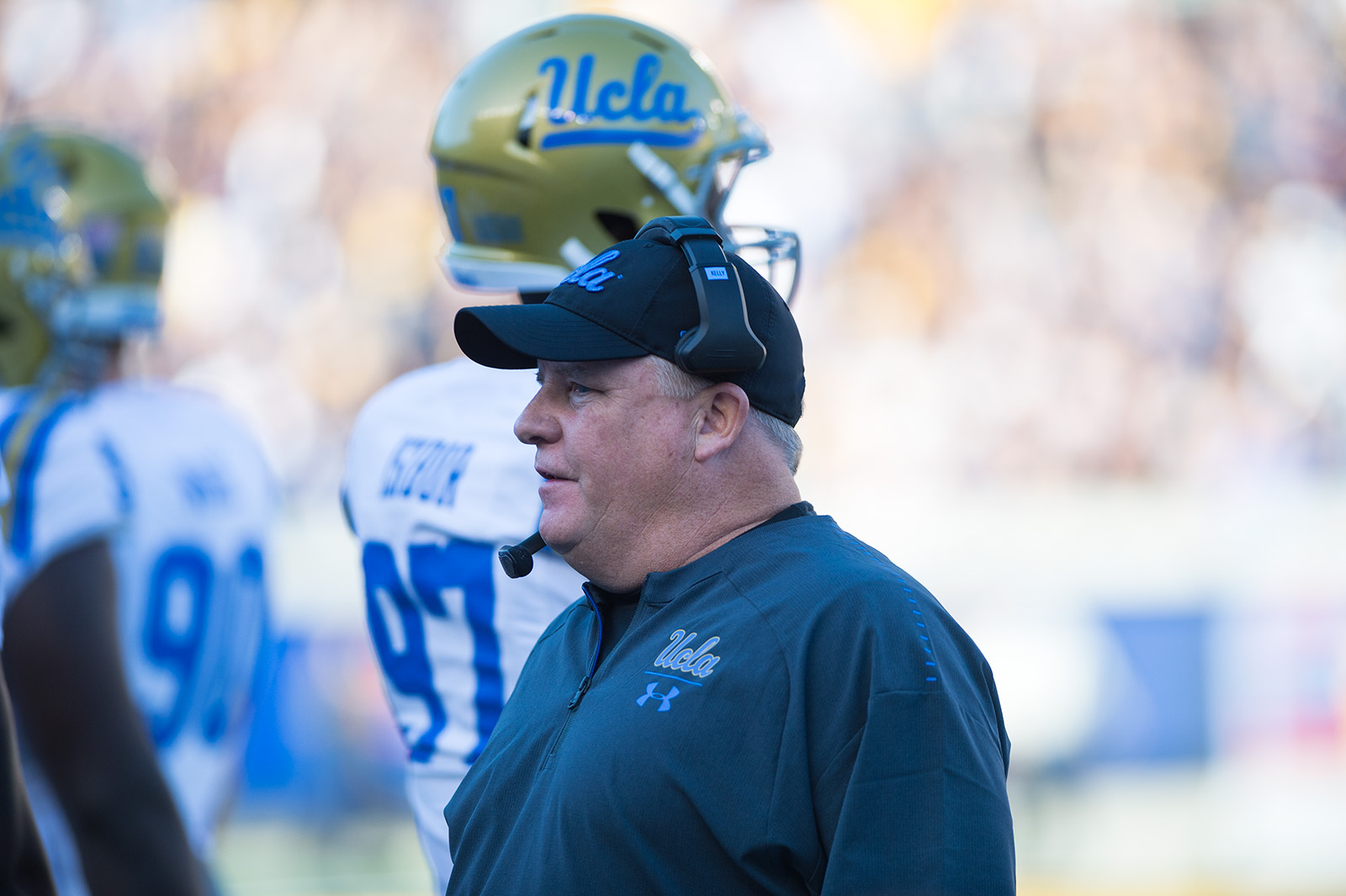