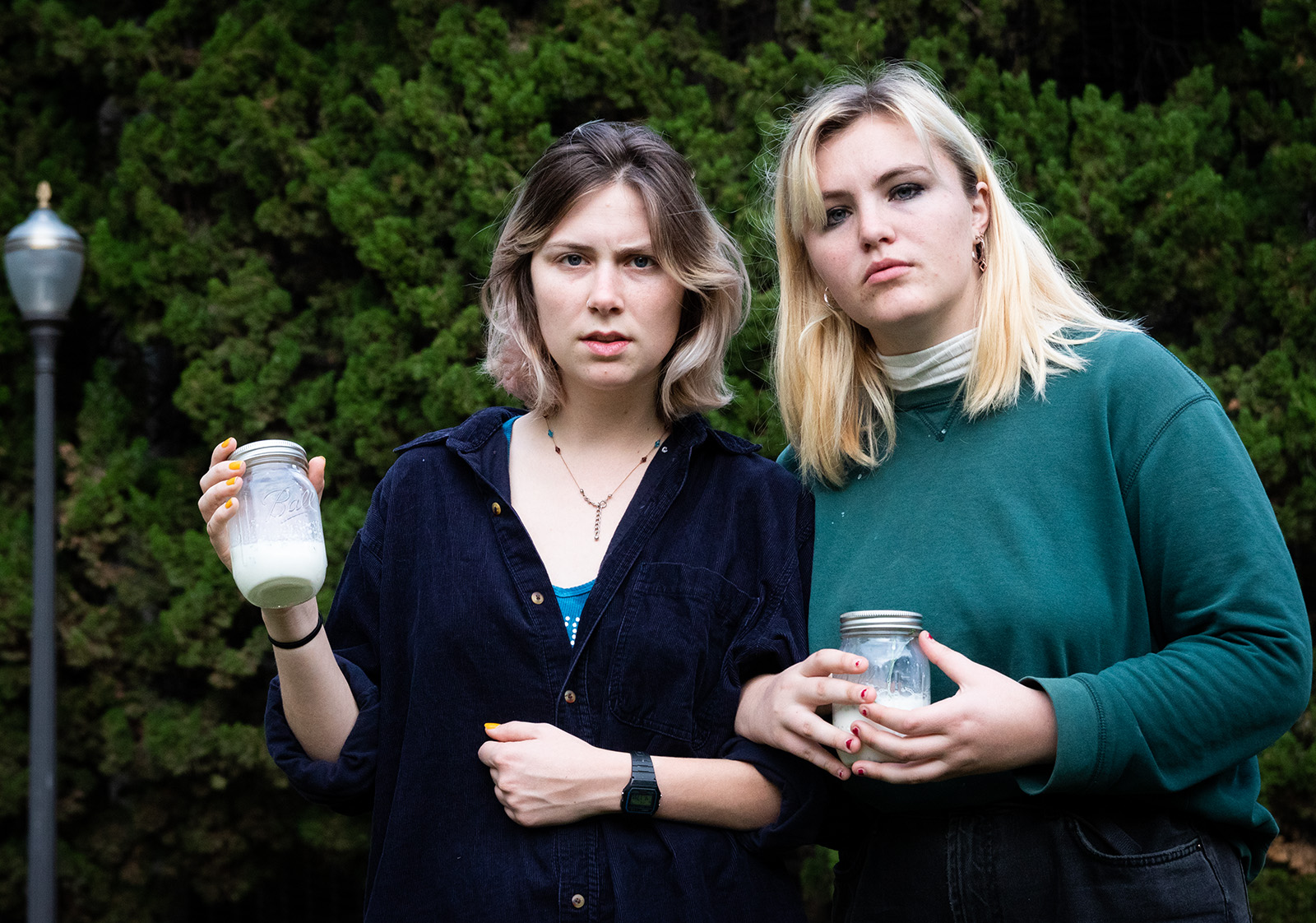 A blink-182 album inspired the name of the student-run company Dude Ranch Dressing.

The brand will make its official debut Jan. 17 at a release party in a Westwood apartment. Co-founder Megan Hullander, a third-year English student, said although she is not vegan, her love for the environment and interest in vegan lifestyles led her and co-founder Angela Simmons to make a vegan ranch recipe – currently Dude Ranch’s only product.

“We tried to make it as Earth-friendly as possible and as healthy as we possibly could, and get all the ingredients while still maintaining the taste,” Hullander said. “We started out making recipes that we found, and then just replaced ingredients to use ones that were either more sustainable, or added things we thought would be good for flavor.”

Simmons, a fourth-year geography/environmental studies student, said she used her knowledge from her classes to contribute to the sustainable goal of Dude Ranch. The drought in California is a major issue, Simmons said, and the brand tries to avoid contributing to it by cutting dairy out of the recipe, because of the vast amount of water it takes to raise dairy cows. It takes up to 2,000 gallons per gallon of milk produced to raise dairy cows, according to a Natural News article.

The co-founders said they paid close attention to the carbon footprint of their ingredients when formulating their recipe. One way Dude Ranch emphasizes sustainability is by avoiding the use of almond milk, which also takes a lot of water to produce. Instead, they said they use products that require less water consumption. According to a New York Times article, it takes about 15.3 gallons of water to harvest only 16 almonds, and it would take even more water to grow enough almonds for a gallon of almond milk. Simmons and Hullander also avoid excess by using glass mason jars for packaging – selling each for $6 – and painting their logo on the jars instead of using labels.

“I think it is the sustainability that makes it important,” Hullander said. “Because even if things are vegan, they’re generally thought to be better for the environment, but there’s a lot more to it than that.”

Despite being a complete ranch fiend, Simmons said she had no idea what the classic dressing was composed of before starting the company. When she and Hullander began researching recipes, Simmons said they noticed they could switch heavy dairy products – such as mayonnaise and buttermilk, which are typically found in ranch – with alternatives such as vegan mayonnaise or soaked cashews, which demand less water when used on a smaller production scale. They merged vegan recipes they found online with their own taste preferences, adding components such as hints of parsley, dill, fresh garlic cloves and other spices.

“It’s pretty packed with flavor but it’s not overwhelming,” Simmons said. “So it’s a really good balance between this crazy flavor, (but) you can enjoy carrots, or pita bread, or whatever you want to put your ranch on, and it doesn’t take away from the flavor of the food.”

Colin Tandy, a third-year English student who is friends with Simmons and Hullander, said he was able to test early batches of the product. The ranch’s zesty flavor makes it taste homemade and less processed than a brand you might buy in a grocery store, Tandy said.

“It’s cool knowing when it’s not a bunch of weird chemicals in your food,” Tandy said. “It’s like certain basic vegetables, spices and items that you know that you can taste for yourself.”

Hullander and Simmons are still in the early processes of building their company, but they are optimistic about their plans for the future. They hope to expand their product range, Simmons said, such as by creating a buffalo flavor titled “Mark Ruffalo.” While continuing to grow their budding company, they said Dude Ranch hopes to stay committed to spreading awareness for sustainability and giving people following plant-based diets access to ranch dressing.

“We’re more focused on bettering not just the environment, but people in general, and making people laugh,” Simmons said. “It’s a little bit more of a passion project, and just two well-intentioned kids trying to have a good time.”