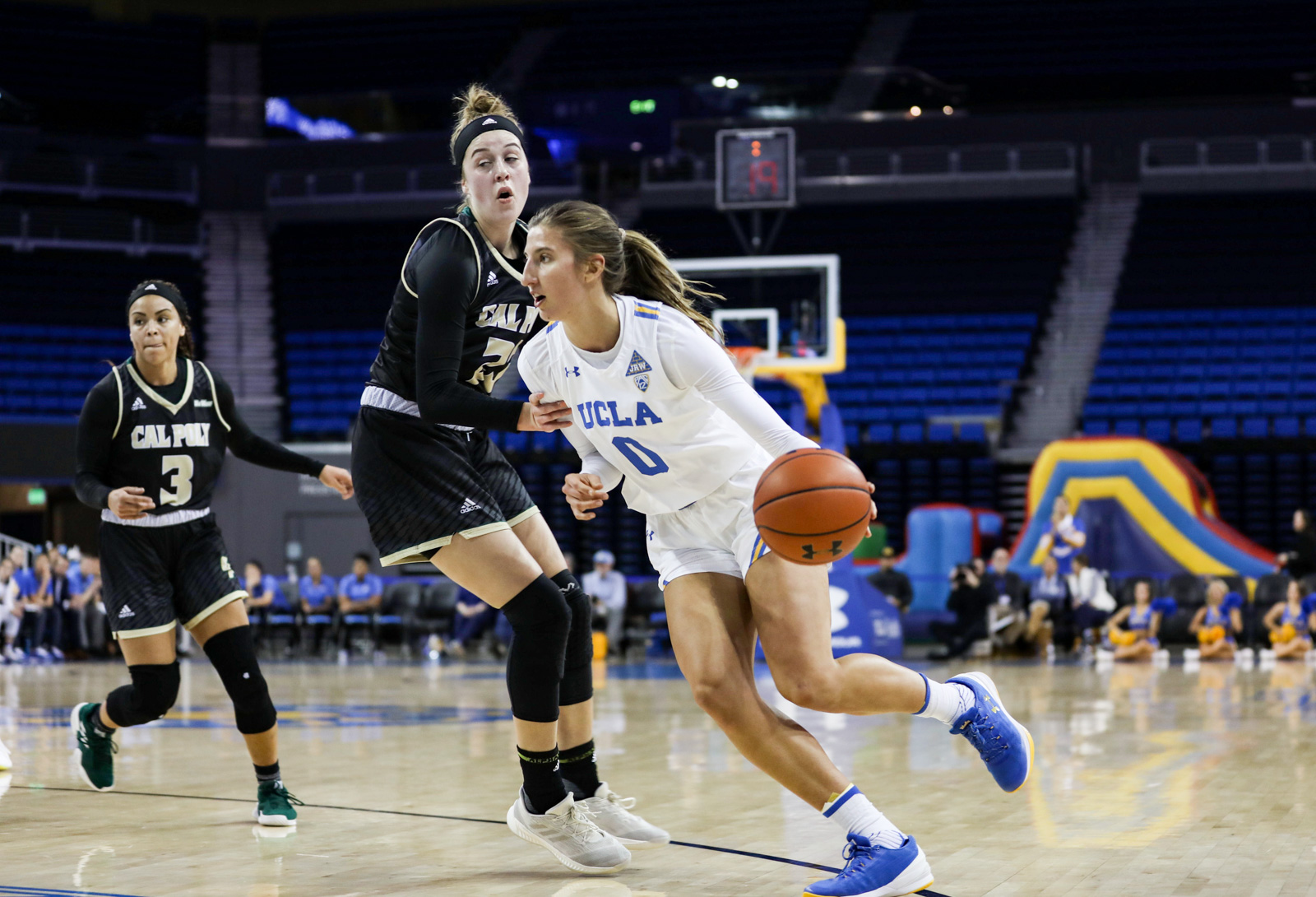 Despite leading the Bruins in scoring, Japreece Dean spent the majority of the final quarter cheering on her teammates from the bench.

“It was super fun watching people fly around, get scoops, get deflections and the bench energy was great,” the senior guard said. “It was fun to be around. I know (the bench was) celebrating (the starters) when we were on the court, so we have to give them the same energy.”

UCLA women’s basketball (7-5) had 11 of its 12 players score in its 81-35 trampling of Cal Poly (3-8) on Friday night. Dean led the Bruins with 18 points in their largest margin of victory this season.

UCLA outscored Cal Poly in every quarter and held its offense to 17.5 percent shooting on just 10 made field goals. The Bruins scored 11 field goals in the first period alone.

“To be able to control the game the way we did and win every single quarter – that speaks to our consistency,” said coach Cori Close.

UCLA established an early lead with a 15-0 run and prevented Cal Poly from scoring more than halfway through the first quarter.

The Bruins’ season-high 48 first-half points on 67.7 percent shooting allowed the starters to play just 110 minutes compared to their season average of 150.5 per game. Close made sure to remind the team to maintain its level of tenacity when its bench players were on the court.

“(It’s) the ability to stay focused over a long period of time even when the score is not reflective,” Close said. “That’s what I saw some glimpses of today: loving to compete together no matter the score.”

UCLA set a season-high by logging 122 passion plays, which are nonstatistical categories that include box outs and deflections.

“When we see our team come out and play with that great of (an) energy, setting a season-high, maybe an ever-high of passion plays, it makes me really excited about going into battle in Pac-12 play,” Close said.

Sophomore guard Chantel Horvat led the Bruins’ bench in scoring with a season-high nine points on 3-of-6 shooting.

“I know she’s going to be a spark in some way, shape or form,” Close said. “When she comes in, she’s going to help us get a couple extra possessions. This time it didn’t come with as many rebounds. It came with passion plays, deflections and steals.”

Following a Cal Poly layup a minute into the fourth quarter – the only Mustang points scored in the period – the Bruins ended the game on a 12-0 run.

UCLA’s sideline was brought to its feet in the final minutes of the game following a dime from freshman guard Ahlana Smith to redshirt freshman guard Kayla Owens for a layup in transition, giving Owens her fifth and sixth points of the season.

“I thought (Smith) played with really good confidence,” Close said. “Not only in her drives to the basket – we’ve really been challenging her. That’s what she does best. She has great touch around the basket, she sees seams.”

The Bruins swept the Trojans in a pair of games in February of last season, defeating USC by at least 10 points in both contests.

“We know that they are going to come out gunning for us,” Horvat said. “We just need to be prepared and be locked into the game plan and be ready to fight and give our best.” 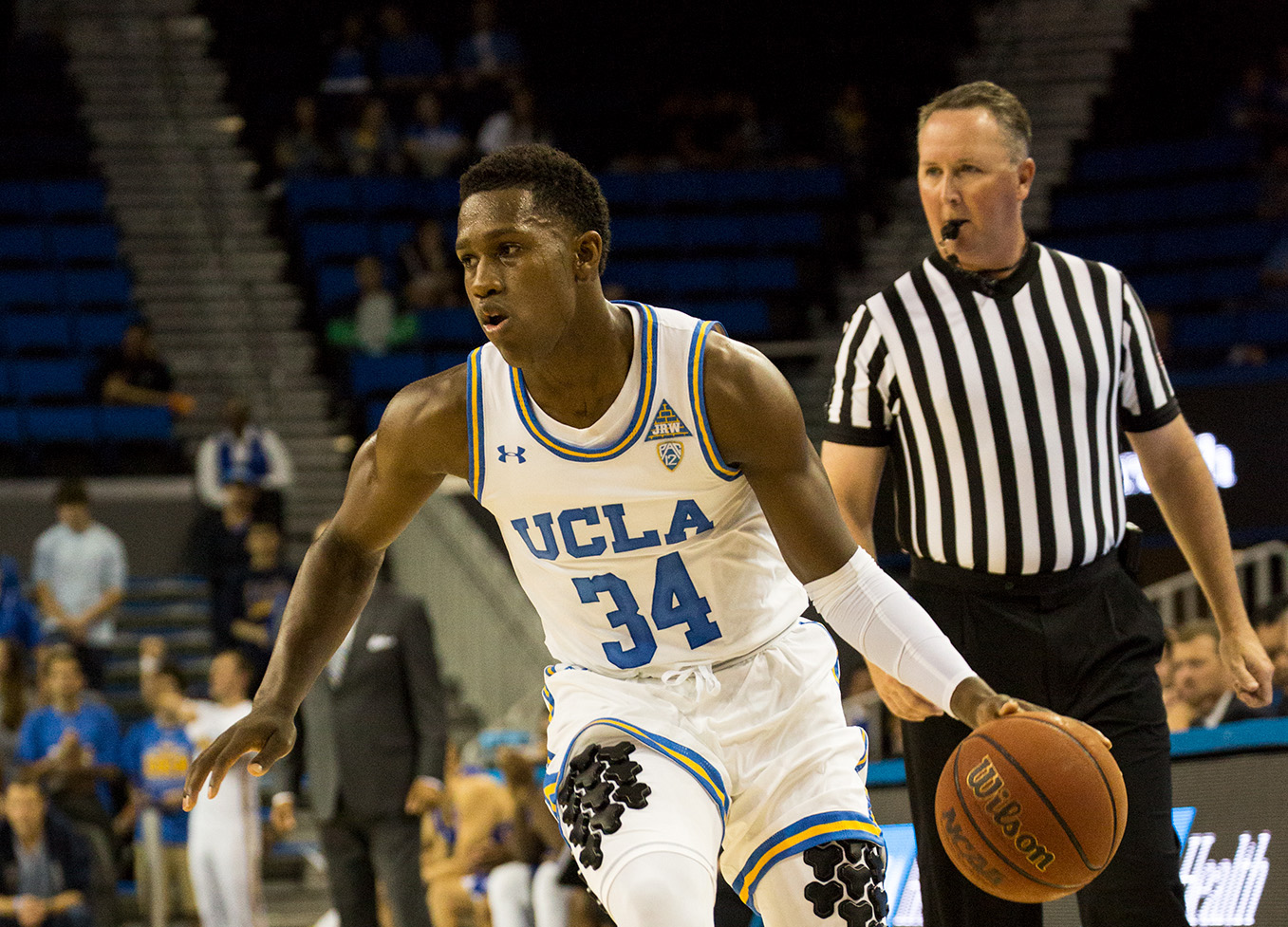