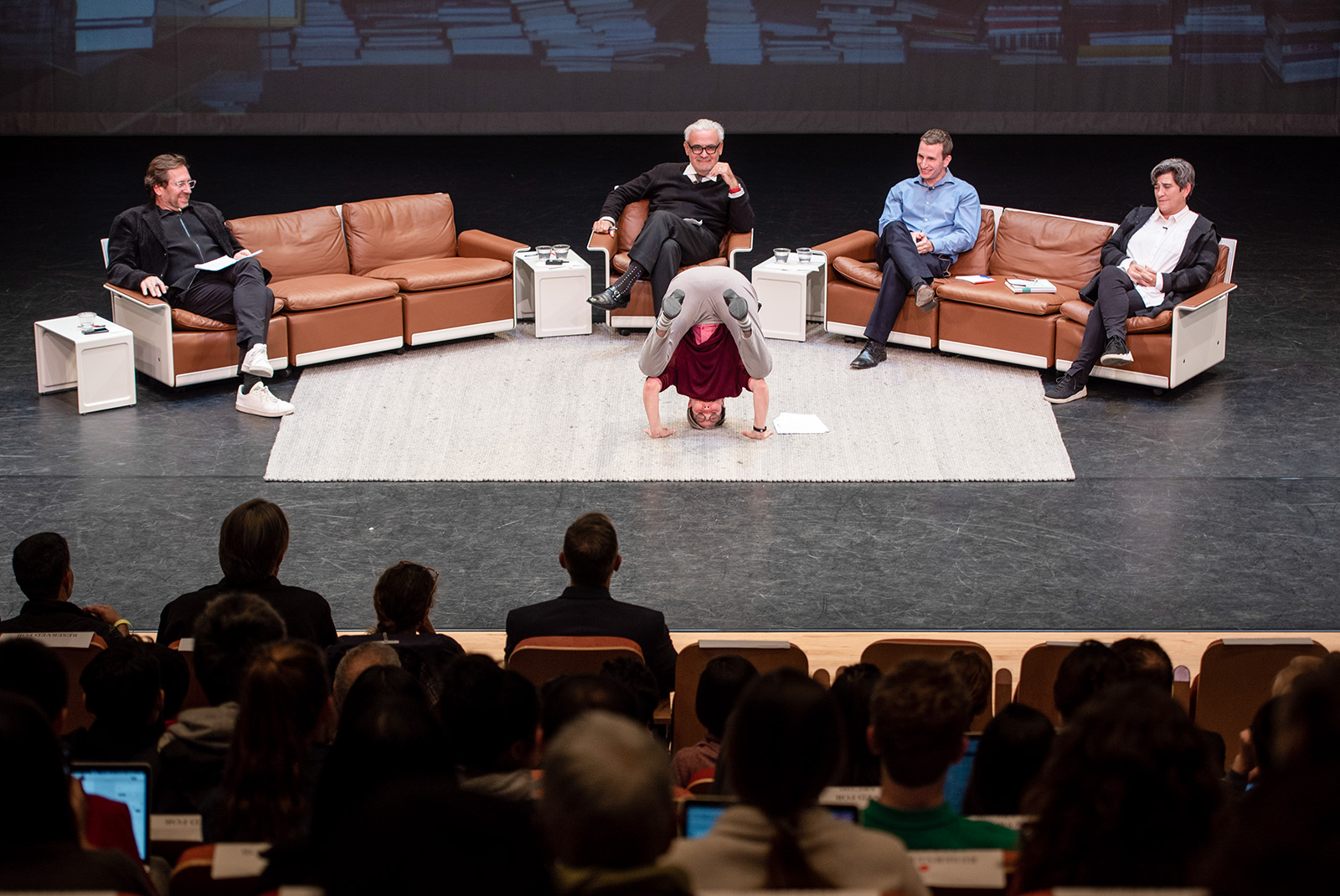 Victoria Marks, a dance professor, said she thinks knowledge comes from both the mind and the body, because people constantly learn from their sensory experiences. (Courtesy of Hannah Burnett/UCLA: Arts)

A UCLA professor recited René Descartes’ famous quote, “I think, therefore I am,” to illustrate the popular notion that the mind and body are distinct, separate entities.

Victoria Marks, a dance professor, was one of the four speakers at the “10 Questions” panel Tuesday that explored the question “What is knowledge?”

Marks said she disagreed with Descartes, because she believes the mind and body generate knowledge as one entity rather than as two separate sources.

“Everything we know comes from our experience,” she said. “We’re in a continuous sensory conversation with what’s going on outside of us and inside of us.”

Presner said human knowledge is not a coincidence but, rather, a byproduct of the power structures that influence whether and how knowledge is passed on.

He said that much of the historical knowledge we possess, which comes in the form of records, testimonies and legal documents, was generated by the upper class of that given era, and thus intrinsically comprises a one-sided account of what happened. The experiences of the lower class are often forgotten.

Marcelo Suárez-Orozco, distinguished professor of education and psychological anthropologist, said knowledge is crucial for society to function as we know it.

“Knowledge is a fundamental pillar of civilization,” he said.

He said democracy is dependent on knowledge and cited graphic representations of human mass migration to highlight the interdependence of the various ways of knowing. The graphs were artistic, but also incorporated quantitative data, supporting Suárez-Orozco’s thought that it’s fundamentally impossible to separate scientific ways of knowing from artistic ways of knowing.

Kristy Edmunds, an artist, curator and the executive and artistic director of the UCLA Center for the Art of Performance, said she believes knowledge is a gift, passed on from person to person. She spoke about the Native American peace pipe – a ceremonial object – to illustrate her point.

“The peace pipe is brought out at the most significant moments of a tribe,” she said. “The knowledge shared in the presence of a peace pipe must be passed on and saved.”

To close the lecture, the four speakers discussed one another’s presentations and conducted a question-and-answer session with the audience members.

During the panelists’ conversation, Suárez-Orozco said Presner’s lecture on the existence of buried knowledge is an opportunity to mend historical hurt.

“Acknowledgment, and the politics of acknowledgment, becomes essential to the healing of extraordinary damage that humans can do to one another,” Suárez-Orozco said.

Petra Silvey-Karvounis, a second-year sociology student who attended the lecture, said that, before the lecture, she thought of knowledge as something a person knows, learns or does.

“But now, I think of knowledge as a collective understanding that unfolds slowly throughout one’s life,” Silvey-Karvounis said. “It’s more like an energy that flows through, takes different forms and can be visceral. It’s very nuanced.”