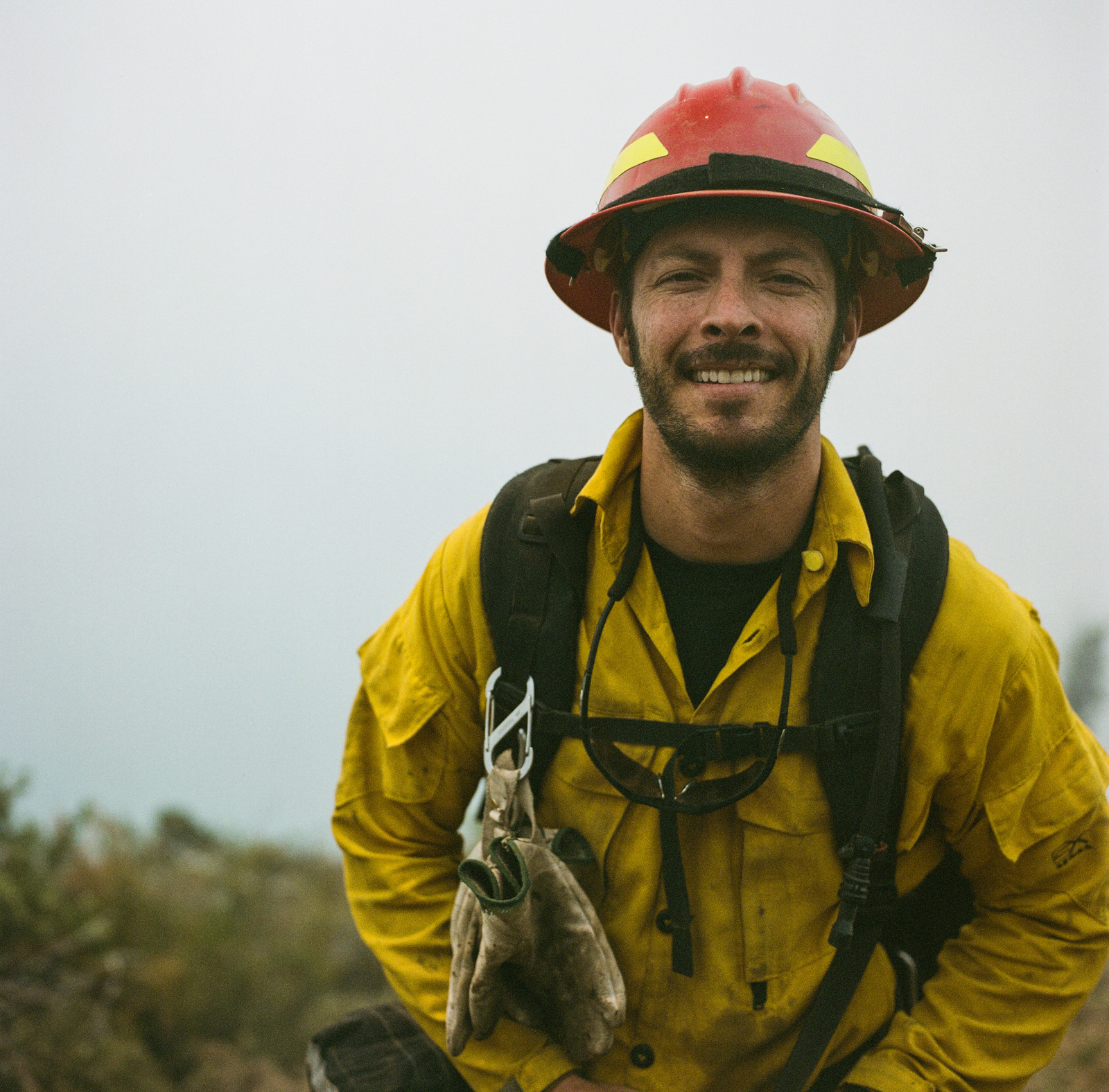 UCLA alumnus Alex Jablonski followed a firefighting crew battling the 2016 Soberanes fire. Though it is a documentary, Jablonski said the film focuses more on a narrative approach than a journalistic approach. (Courtesy of Alex Jablonski)

They say the hottest fire forges the strongest steel.

Alex Jablonski’s “Wildland” is proof. The documentary film follows members of a firefighting crew over a summer as they battle both personal struggles and physical calamities, including the 2016 Soberanes fire – one of the most costly wildfires in California’s history.

The TV version of “Wildland” premiered Oct. 29 on PBS’s Independent Lens series, while the feature film will hit theaters in January. On Wednesday, alumnus Jablonski will screen “Wildland” and conduct a Q&A for students in Kathy Huang’s Film and Television C186A-1: “Advanced Documentary Workshop” course under the UCLA School of Theater, Film and Television. Though factual, the documentary is focused on narrative, Jablonski said, rather than being journalistic in its approach.

Jablonski spoke to the Daily Bruin about the intensive filming process, the spirit of firefighters and the relevance of “Wildland” given California’s recent fire disasters.

Daily Bruin: Crew members went through firefighting training for this film. What was that process like?

Alex Jablonski: So this was for wildland firefighting, and the process is relatively short. You go from not knowing anything to being a certified wildland firefighter in just five days. You just have to pass a physical fitness test, you take a couple of exams and classes, and it’s about 40 hours of coursework. … It wasn’t intensive. It was enjoyable simply because, if you’re fascinated by fire, being able to talk about fire for eight hours a day was a lot of fun.

DB: The release of “Wildland” is extremely timely given recent fires. What led you to explore fire as an area of interest?

AJ: It was because, having grown up in the West, you spend a lot of time outdoors, you’re aware of wildfires, you’re aware of folks who are fighting wildfires. And to me, it just seems like a very rich world that no one had really explored, the world being the world of the actual people who do the work of wildland firefighters. And it seems that the only times we hear about these firefighters is unfortunately when there’s tragedy, and even then it’s pretty brief. Part of the interest in making this film was to tell the story of the guys who were actually fighting these fires. … I think this really gives people a look at what it’s like inside a crew and what it’s like inside of a fire.

DB: What can one learn from firefighters and their routines?

AJ: (Their work) is really, really difficult. It’s physically taxing, you’re on your feet with a heavy pack, hiking 16 hours a day, digging line, just being out in the woods. It’s an incredible job because you get to spend your entire time in the forest and that was really enjoyable. … I think one of the biggest lessons is that, once you decide you’re going to get through something and you make that decision in your mind that you will get through it, then you will find a way through it. … The ability to push through difficult circumstances is something you can teach yourself and learn from others. … I think that the boredom and the tedium of the work and of the season is absolutely a part of it.

And you know, that was part of the story of our crew. In one summer, they were not getting great assignments … but they had to do a lot of hard work. And we put that in because one, it was part of the reality, and two, (to show) how these guys handle themselves when they are bored, when they’re frustrated, when they’re exhausted. That reveals a lot about your character – I would say more so than when everything is exciting and the whole world is on fire.

DB: Why did you choose to take this humanizing approach, rather than turning this a film laden with action sequences?

AJ: That decision was made before we even started shooting. It was always going to be about, “How do young men grow up?” and “How does the work that you do shape you?” That was always going to be a piece of it, and the film has a full-on 15-minute action sequence of fighting fire. But we also wanted to get into the interior lives of these guys and what brought them to the work, what wounds or past experiences they are trying to work through by fighting fire. To me, that’s a much richer experience, sitting down to watch a film. And I think that you find yourself, when the film is in these intense moments, really rooting for these guys.

DB: What would you say was the most challenging part of this process?

AJ: The most challenging part was trying to make artistic and creative decisions while totally exhausted. And what I mean by that is, we were working as firefighters while we were making the film, and so we were carrying 55-pound packs, we were walking around. Your legs, toward the end of the day some days, would feel like Jell-O. … To be in those moments, feeling exhausted, and then know, “OK, I’ve got to get the camera out, this is a good little scene, let me shoot this piece of it, now let me move over here and get this.” To make creative and artistic decisions when you’re that tired was really the hardest thing to do, and just staying motivated to stay creative.

DB: What do you hope students can learn from this screening, from a filmmaking perspective?

AJ: I remember sitting in those seats and having filmmakers come. … What was so great about having these filmmakers come was that it totally demystified the process. You no longer saw (a film) as something that magically appeared. You really got to ask questions about (the process) all the way, all the decisions that they made to make that film come to life and so what I’m hoping is … that I’m able to demystify the process and show them how this film came into being, and how it was that we went from making it about things as big as how we decided the themes of the film to things as small as what camera you were using and how you set your exposures.