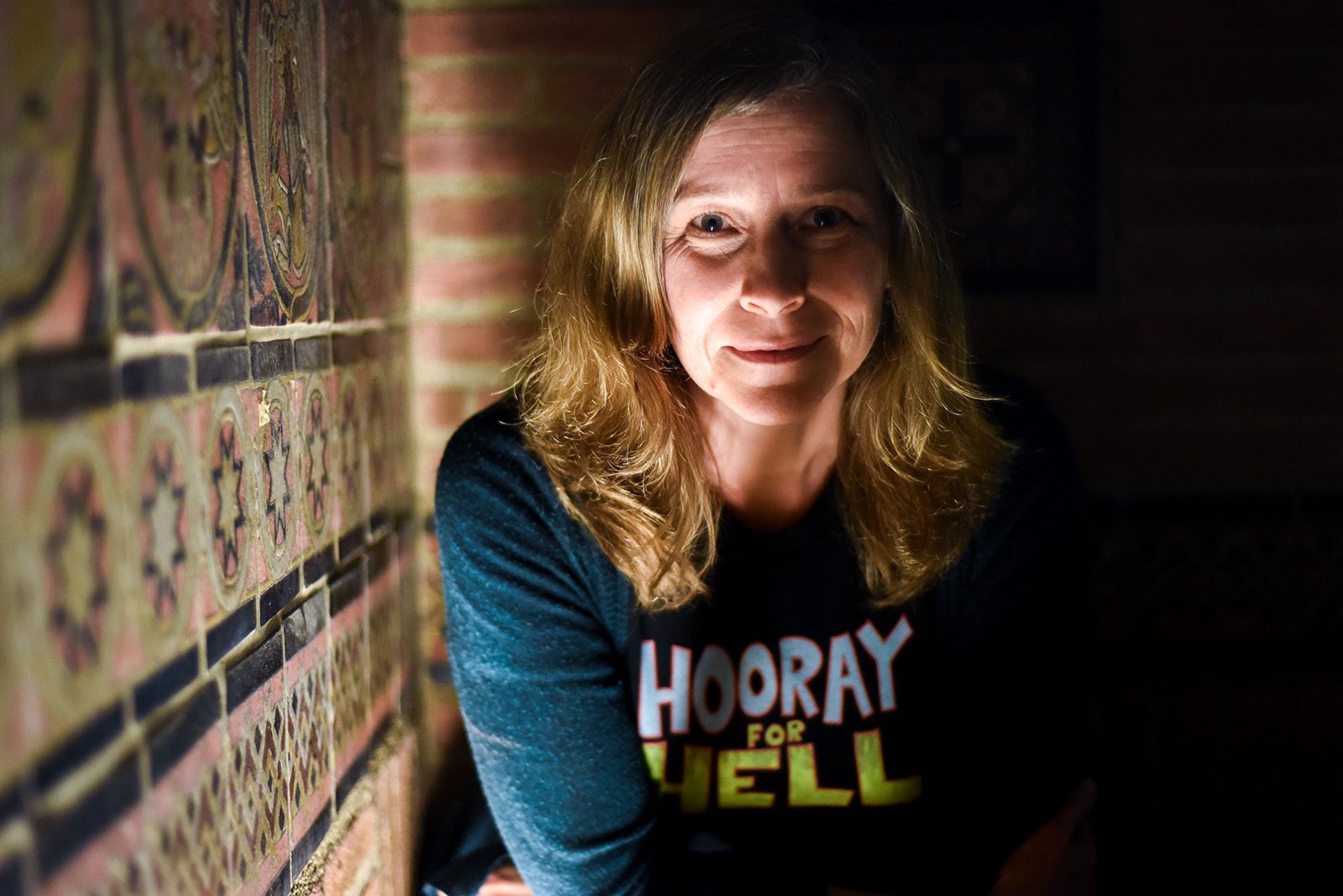 Alumna Amy Winfrey, alongside her husband and alumnus Peter Merryman, created “Hooray for Hell,” a cartoon series about a girl who finds herself in hell after voting in the 2016 elections. Hell, in their creation, is an earth-like landscape where the worst parts of everyday life are amplified, Winfrey said. (Niveda Tennety/Daily Bruin)

A collaboration effort between UCLA alumni Amy Winfrey and Peter Merryman, “Hooray For Hell” is a YouTube animated series released Oct. 6 that follows a girl who wakes up in hell after voting for a certain unnamed candidate in the 2016 election. After running across a cast of cartoonishly nefarious misfits, including an orphan frying eggs on the sidewalk and a petty conman, the protagonist relinquishes her ticket to heaven and decides to make the best of the worst possible situation, Winfrey said. Rendered in simplistic animation with occasionally detailed backgrounds, “Hooray for Hell” uses its sparse style to exaggerate the horror of day-to-day life on Earth.

“In the series, we’re popping from pose to pose without any in-betweens, giving it a sort of rough energy,” Winfrey said. “We wanted to give it more of a hand drawn look and accomplished that by not spending a lot of time going smoothly between poses.”

The series is drawn in a purposefully unembellished way where the characters’ facial features aren’t overly defined and capture their raw nature, Winfrey said. When animating, the husband-and-wife duo organize their creative process more casually than for their day job, animating the television show “Bojack Horseman.” The series’ animation style imitates the rough sketches used in the early stages of shows like “Bojack Horseman” and presents it as a final product, revealing the simple charm of unpolished work.

“I love it when I do backgrounds really quick in a sketchy, rough and kind of messy way and I always wished that we could show people what ‘Bojack’ scenes looked like when we first came up with that original visualization,” Merryman said. “Hooray (For Hell) draws attention to the beauty in that roughness.”

Hell itself, conceptualized in the same roughness, resembles a half-baked cityscape congested with cars and commerce. Merryman said they envisioned hell as an urban, earthbound tumble of buildings. The landscapes mirrors those found on earth in order to emphasize the worst parts of daily life, he said. The characters in “Hooray for Hell,” drawing inspiration from incidents the creators have seen in public spaces, are exaggerated versions of a typical entitled customer you might witness in line at the post office or grocery store, Winfrey said.

“The theme is hell as other people, so there’s never going to be demons or Satan or anything like that. It’s really just a place where all the worst people are all stuck together for eternity,” Winfrey said. “Every jerk you’ve ever met is in hell.”

In order to encapsulate the despicable personalities of hell in such simple animation, one of the series’ voice actresses, Aglaia Mortcheva, said she wanted to convey a sense of slyness and a subtle sort of evil. Portraying the professional thief Rhoda and her hellbound family, Mortcheva said she wanted to contrast Rhoda’s personality with that of the character Vendetta in “Making Fiends,” a previous show she worked on with Winfrey. While Vendetta was angry and prone to yelling, Mortcheva said she envisions Rhoda as a cool professional navigating her way around hell in order to match the stripped-down animation.

With subtle voice acting to fit its simple yet energetic style of animation, “Hooray for Hell” conceptualizes the underworld in the trivial day-to-day annoyances that anyone can relate to, said Merryman. The cartoon’s lines and minimalist form convey hell humorously, while also enticing the audience to visualize how the hell the protagonist will survive.

“Hell is just earth but amplified,” said Merryman. “It’s the worst parts of everyone’s lives turned up all the way.”