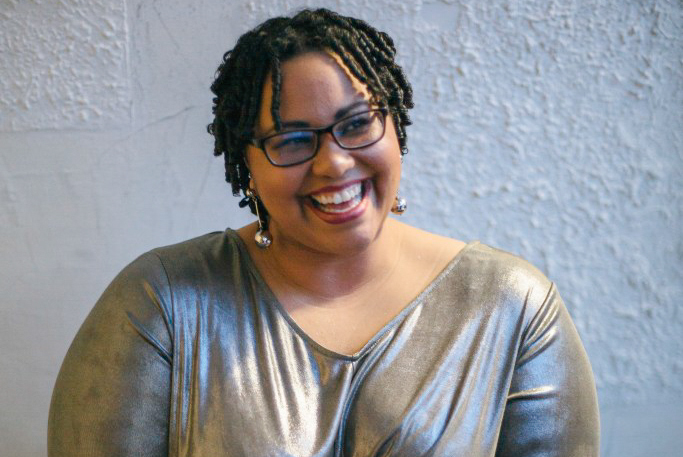 Sami Schalk, an assistant professor of gender and women’s studies at the University of Wisconsin-Madison, will discuss her book “Bodyminds Reimagined: (Dis)ability, Race, and Gender in Black Women’s Speculative Fiction” on Wednesday in the East Rotunda of Powell Library. (Courtesy of Sami Schalk)

Blind demons, demigod twins and werewolves with OCD are referenced in Sami Schalk’s book about bodyminds.

Bodymind, the concept of overlap of the body and mind and how they influence each other, is integral to Schalk’s book “Bodyminds Reimagined: (Dis)ability, Race, and Gender in Black Women’s Speculative Fiction.” The work addresses how the idea of bodymind and categories of race, gender and disability are intertwined, arguing that disability studies can help scholars better understand black feminist theory, Schalk said. Schalk, an assistant professor of gender and women’s studies at the University of Wisconsin-Madison, will discuss her book Wednesday in the East Rotunda of Powell Library, specifically addressing how able-mindedness is based on racial and gendered norms.

The supernatural characters referenced in the book are non-human representations of bodymind, she said. They’re part of speculative fiction, a genre that doesn’t utilize a real-world frame and includes futuristic, supernatural elements. Speculative fiction features categories like disability, race and gender in different worlds where the categories have different meanings than in modern society, Schalk said, and the different meanings help people conceptualize these socially constructed categories in new ways. One book series Schalk refers to includes a werewolf with OCD, a disorder that is often treated with pills, she said. But werewolves can’t take pills like humans, defamiliarizing OCD for readers and encouraging people to think beyond society’s typical notions.

“The book focuses on the way that black women writers of speculative fiction use that genre, use the tropes of non-realism to kind of explore these categories … in ways that not only show that they’re socially constructed, but also the ways (body and mind) depend on each other for meaning,” Schalk said.

Sara Wolf, a part-time lecturer in UCLA’s disability studies program and a co-moderator for the event, said Schalk’s book is a reading for the class she teaches titled “Studies in Disability Literatures: Monster, Freak, Cyborg: Re-imagining Race, Gender, and Disability in Speculative Fiction” which is cross-listed in disability studies and English. Wolf said disability studies is an interdisciplinary field, and she strives to present various aspects of the study, just as Schalk does.

During the book talk, Schalk said she will discuss what society expects of white men and black women in terms of their anger. Society often considers the norm of an able mind, and that affects black women in particular, as their anger is then considered invalid, she said.

The trope of the angry black woman can be seen with Serena Williams at the U.S. Open, Schalk said, when she was fined $17,000, lost the match and argued with the referee. Men are allowed to express their anger in more volatile manners, which is often accepted because of expectations of hypermasculinity, she said. The same is not permitted for women, especially black women, since blackness is typically associated with hypermasculinity and hyperviolence, she said.

“People read (Williams’) anger as being much more violent and out of place and unacceptable in ways that we’ve seen other male (tennis players) get away with,” Schalk said.

Part of her work is to show how highly gendered and racialized behaviors connect with issues of disability, Schalk said. The women are seen as not in their right mind, and are sometimes referred to with language of mental disability, even if they are not actually disabled, she said.

Schalk said the book talk will primarily focus on the second chapter of her work, which revolves around “Stigmata,” a novel by Phyllis Alesia Perry. The novel focuses on a young girl inheriting a quilt from her grandmother, the quilt sharing the past of her grandmother, who was abducted and sent to America as a slave.

Elizabeth Stanley, a fourth-year gender studies student who plans to attend the book talk, said when the main character of “Stigmata” inherits the quilt from her grandmother, she then herself starts experiencing injuries that slaves had. Stanley said the main character is accused of doing it to herself in the novel and is deemed insane, and then institutionalized. She doesn’t match with the norms of able-mindedness, and symbolizes how disabled individuals are often degraded, Stanley said.

“For people who are not of color, (the book) can definitely add a layer of understanding – a lot of people have a certain connection to disability, family member or yourself or anything like that,” Stanley said. “Schalk really added an extra layer of dimension to the field, so I’m just really excited to hear about it.”