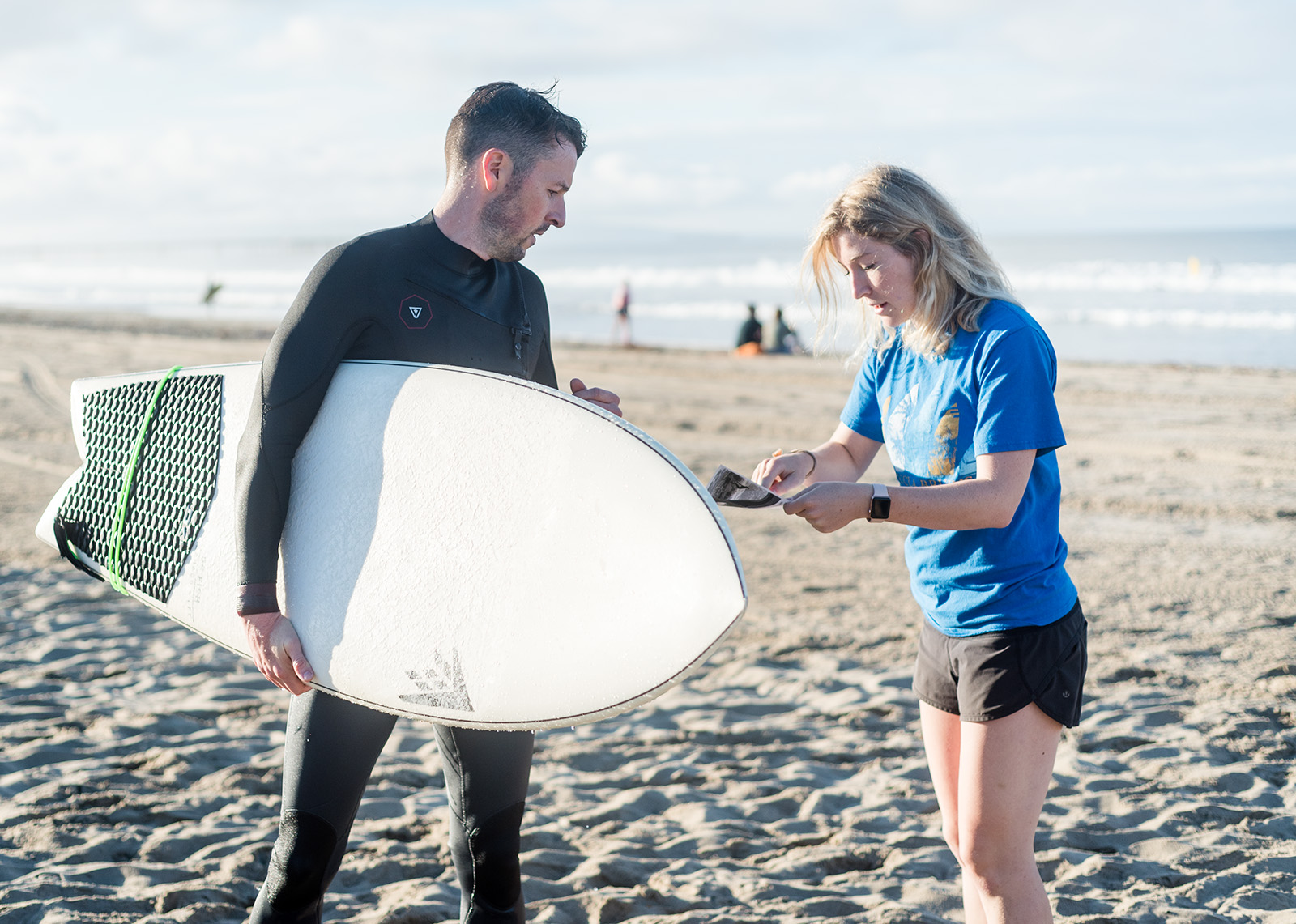 Megyn Rugh said she understands why surfers at the beach don’t want her to swab their noses for germs.

“It’s a lot of people trying to surf really quickly before work. … You don’t really want to stop and talk to some random weirdo who wants to tell you about bacteria,” she said. “I’m called the booger lady.”

Still, the graduate student in civil and environmental engineering wakes up at 4 a.m. most days, drives to the beach and collects samples of bacteria from the water and from surfers’ noses. Rugh takes these samples back to the lab at UCLA, where she grows them on a petri dish and analyzes the bacteria’s DNA. She wants to determine if California’s beaches are exposing surfers to antibiotic-resistant bacteria.

Rugh said she thinks many surfers know there is a lot of bacteria in the ocean. Surfers have a higher incidence of diarrhea, vomiting and skin rashes, according to a study on surfers in San Diego.

“(Surfers) willingly go in, they submerge their heads, they swallow water, they get it up their nose,” Rugh said.

However, she said she thinks many surfers are unaware the ocean contains antibiotic-resistant germs, which cannot be treated by typical antibiotic medications. These infections then spread in a person’s body and can become life-threatening.

In April, Rugh collected water samples from 15 beaches, from Malibu Surfrider Beach down to Cabrillo Beach in San Pedro. She said she found higher levels of methicillin-resistant Staphylococcus aureus, or MRSA, an antibiotic-resistant strain of staph bacteria, at Surfrider Beach than previous studies found.

Rugh said she plans to sample the same surfers over the next six months to track incidences of antibiotic-resistant staph as water quality changes in the rainy season. She said she thinks she might find a spike in the number of surfers with antibiotic-resistant bacteria after storm runoff flushes bacteria and heavy metals out of Los Angeles and into the ocean.

Rugh added she thinks surfers she has talked to are interested in the results because they likely know others who have gotten sick from surfing.

“Everyone seems to know what MRSA is and they really don’t want to get it from the ocean,” she said.

Shannon Cavanaugh, a fourth-year environmental science student who works in the study, said she thinks the findings of the study could impact not only surfers, but anyone who uses the beach in Los Angeles.

So far the researchers have recruited about 40 surfers for their study, Rugh said. She added they hope to raise money for additional supplies and recruit more regular surfers at Venice Beach or El Porto for the study.