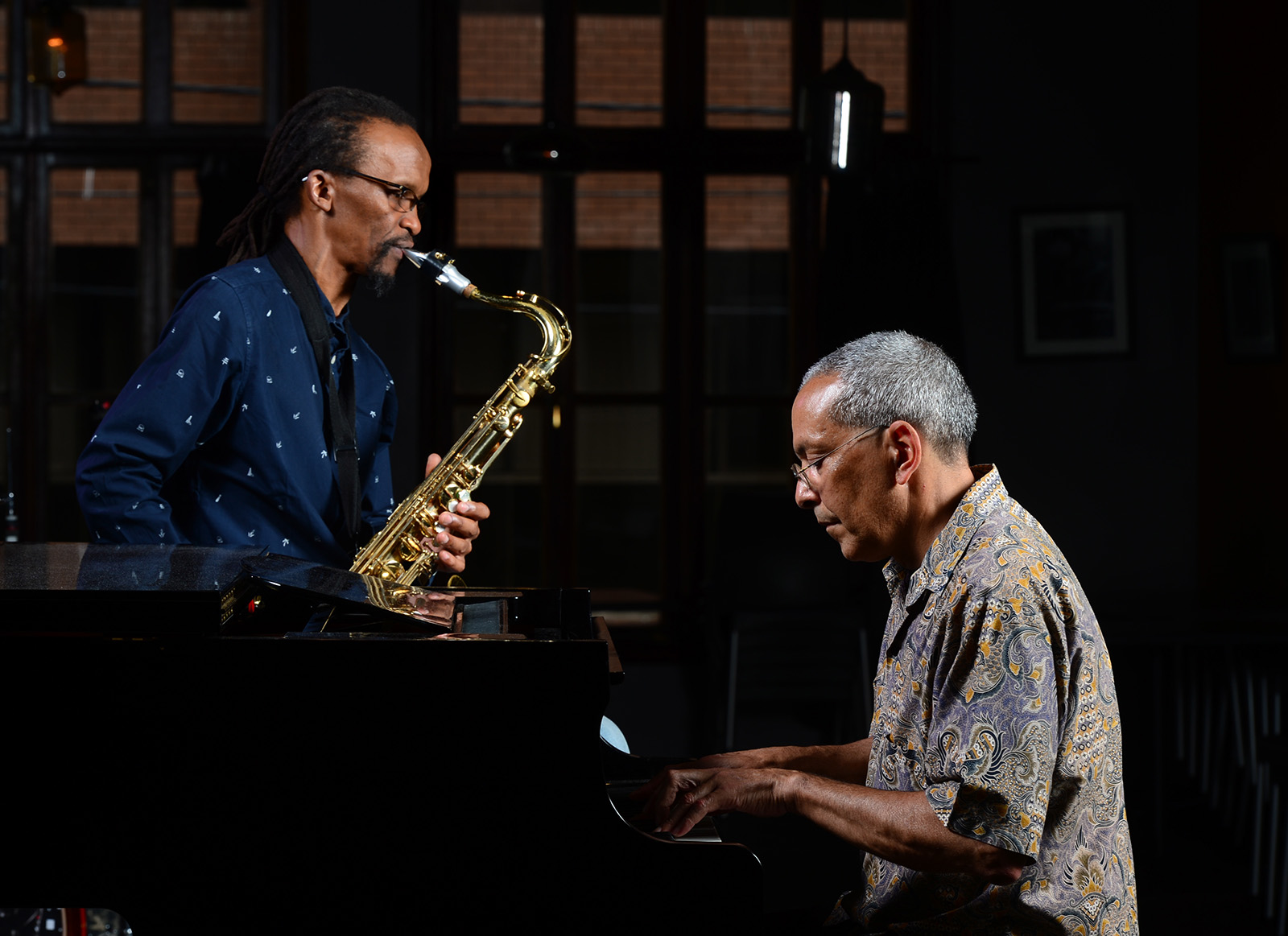 McCoy Mrubata (left) and Paul Hanmer (right) have worked on music together for 30 years. Hanmer said they have written together during that time, and will perform their original music Tuesday. (Courtesy of McCoy Mrubata)

McCoy Mrubata learned to play music on the streets because he wasn’t allowed in formal music institutions.

Growing up during apartheid as a black male, Mrubata said he was systematically excluded from higher education. He and Paul Hanmer, who have worked together for 30 years, will draw on their experiences in the South African music scene to host a workshop at the Schoenberg Music Building on Monday. On Tuesday, the two artists will perform their original compositions at Jan Popper Theater.

Robin Kelley, a professor of history and one of the workshop organizers, said hosting South African composers, like Mrubata and Hanmer, aligns with the global jazz studies’ and Monk Institute of Jazz Performance’s goal of bringing in musicians from all over the world to expose students to new expressions.

Mrubata said he became involved with music in 1976 in the midst of protests and political rallies against racial segregation. While attending some of the rallies, he said he listened to a man play a pennywhistle during breaks and quickly picked it up when the man left it behind – a moment that helped kindle his passion for music. In 1979, he transitioned to playing the saxophone – a change he has since stuck with.

Until 1991, jazz was considered a form of underground music in South Africa, Kelley said. Seen as a threat to the apartheid regime because of its association with freedom and a diverse culture, jazz was banned from radio stations, and broadcasts were limited to traditional South African music. However, jazz musicians opposed apartheid policies by, for instance, illegally forming bands composed of both black and white musicians, Kelley said.

“(Jazz musicians) were defying the law. In some ways jazz stood in defiant opposition to apartheid and jazz played a role in the toppling of apartheid,” Kelley said.

Despite the modern inclination toward more western elements, Kelley said he considers South African jazz musicians to be the global leaders of jazz. They mix bebop, for instance, with township music, which are forms that have emerged among young street musicians from cities like Johannesburg. They also incorporate experimental styles and traditional forms like music used in voodoo, he added.

At the workshop Monday, Mrubata said he and Hanmer will provide a demonstration of South African jazz. They will also explain the different jazz elements in certain pieces they play and teach their approach to improvisation, he added. On the day of the concert, Hanmer said the two will showcase their original compositions that they have written and played together in the past three decades. One composition called “Musgrave Maskandi” blends rural music with the ideas of shopping malls and urbanism, both symbols of wealth, he said.

Because of the artists’ renown and knowledge of South African jazz, Kelley said the workshop will allow students in global jazz studies and at the Monk Institute of Jazz Performance to learn about the history of jazz and hear new sounds.

“This is a great opportunity to learn from not only great masters but masters who have background and training that is very different from theirs,” Kelley said. “(This encounter) will be fruitful for the program and for the individual.”