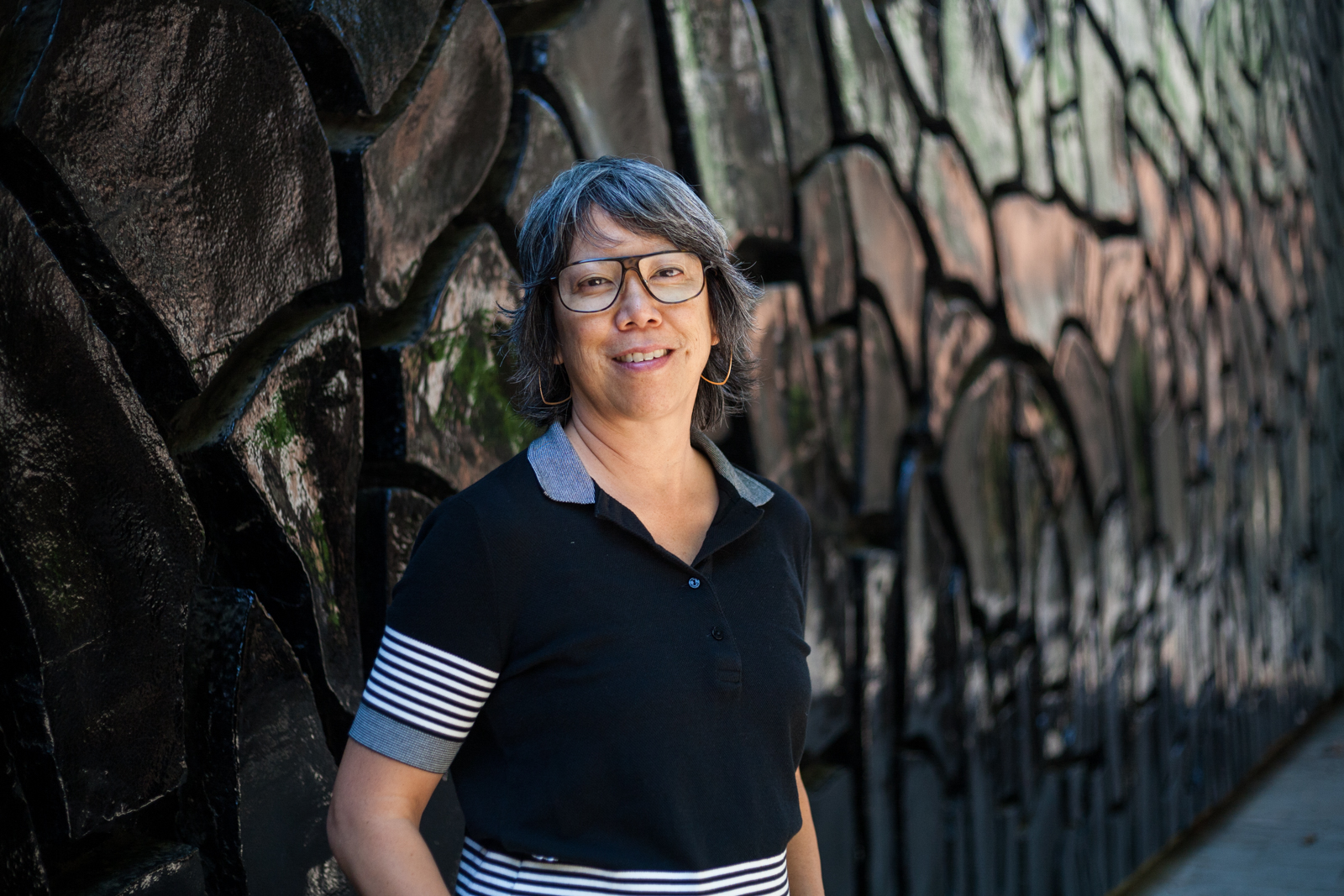 Nominated for an Emmy for Outstanding Cinematography For A Multi-Camera Series, alumna Patti Lee said she aimed to encapsulate the vibrancy of the donut shop featured in the CBS sitcom “Superior Donuts.”
(Mia Kayser/Daily Bruin)

The sitcom follows the antics of elderly donut shop owner Arthur Przybyszewski (Judd Hirsch) and his young, optimistic employee Franco (Jermaine Fowler), with visits from a colorful cast of Chicago natives. As the surrounding neighborhood advances into sleek modernity, the donut shop remains a quaint novelty stuck in the 1970s. Alumna Patti Lee, nominated for an Emmy in the category of Outstanding Cinematography For A Multi-Camera Series, came aboard the show’s second season as its director of photography. She focused on creatively exploring the nuances of the multi-camera format.

Lee’s cinematography focuses on encapsulating the vibrancy of the donut shop, given the majority of the show takes place in a single set. Lee said multi-camera, typical of most sitcoms, leads to difficulties not found in single-camera cinematography. Multi-camera produces a flatter, less vibrant look because four cameras are used to shoot different angles simultaneously, though they allow greater camera fluidity. Light fixtures, rigged from a higher vantage point, contribute to flatness by favoring utility over cinematic beauty.

“I like things that feel natural, like soft light that wraps around its subjects,” Lee said. “I pick out certain things within the soft lighting to make them feel a little more special.”

Lee combated the limitations of the multi-camera format by placing lights strategically within the set, a distinct style she calls “enhanced reality.” In one instance, she placed white reflectors on the ground which bounced light upward, said showrunner Bob Daily. He said it was the first time he’d seen the technique used in multi-camera television.

“Because multi-camera shows are shot on a soundstage, they can feel artificial. Her cinematography is so natural it takes away that suspension of disbelief,” Daily said. “You watch it and get caught up in the story because she makes it feel so real.”

When mapping out the cinematography for “Superior Donuts,” Lee said she first applied basic lighting to the scene, gradually tweaking the layout after watching rehearsals. Over the years, Lee said she has developed a personal set of lighting guidelines that dictate how light reacts in certain media.

For exterior sets onstage, she refers to her knowledge of how light bounces off the ground. Lee accomplishes the effect by directing soft light from atop the room to emulate the sky, adding a hint of cooler tones to complete the illusion, she said.

Lee said her cinematography also reflects tonal shifts in the narrative, enhancing emotional moments. During scenes with fewer characters, she said she toned down the lighting to convey a sense of intimacy. Later, Lee darkened the edges in color correction, drawing the eye to the characters. Indoor locations would typically be lit in a warmer light, while outside scenes were cooler, said producer Grant Johnson.

“We can’t get as cinematic as in single-camera. We’re a comedy, so we have to keep it bright and happy as opposed to something like a psychological drama, where it’s very moody with darker tones,” Johnson said. “It’s a testament to [Lee’s] creativity that she was able to do so much with the limitations of multi-cam.”

Besides the donut shop, Lee used her lighting to make subtle distinctions among other locales featured, such as Franco’s apartment. Lee said she wanted to hint at aspects of Franco’s artistic tendencies, highlighting his role as a street artist. She lit with more contrast to produce a moodier atmosphere, bringing out the richness of the set’s colors. For the donut shop itself, Lee said she emphasized bright colors for a warmer effect to create a welcoming atmosphere.

“We used a lot of neon colors in the donut shop,” Lee said. “I wanted to create the effect of color coming back and forth and floating around you, a brightness that really comes to life at night.”

To keep the main setting from becoming stagnant, the creators used a green screen for outside scenes to mimic Chicago’s bustling city life, Johnson said. He said the green screen allowed Lee to experiment with a variety of lighting conditions not typical of a multi-camera show, such as lighting for daytime exterior on a soundstage. The green screens allowed Lee to stage day and night walks reminiscent of single-camera productions.

The episode Lee was nominated for, called “Grades of Wrath,” features a scene where Franco tries to tag a billboard and cannot find a way down. Hastily building a green screen billboard to accompany the last-minute addition, Lee lit the stage with dramatic lighting to sell height and danger, emphasizing the high angle shots and city lights twinkling in the background.

The billboard scene was significant because of the realism Lee attained with such little time to prepare, Daily said. However, much of Lee’s job is perfecting the small, unnoticeable details that keep the show grounded in reality, he said. Lee said her work is a series of moments drawn together into a single product.

“What I do is make art in a very technical way. Every job I do is about all of the little details that make viewers invested,” Lee said. “I find little tricks that make things just a tiny bit more real.”