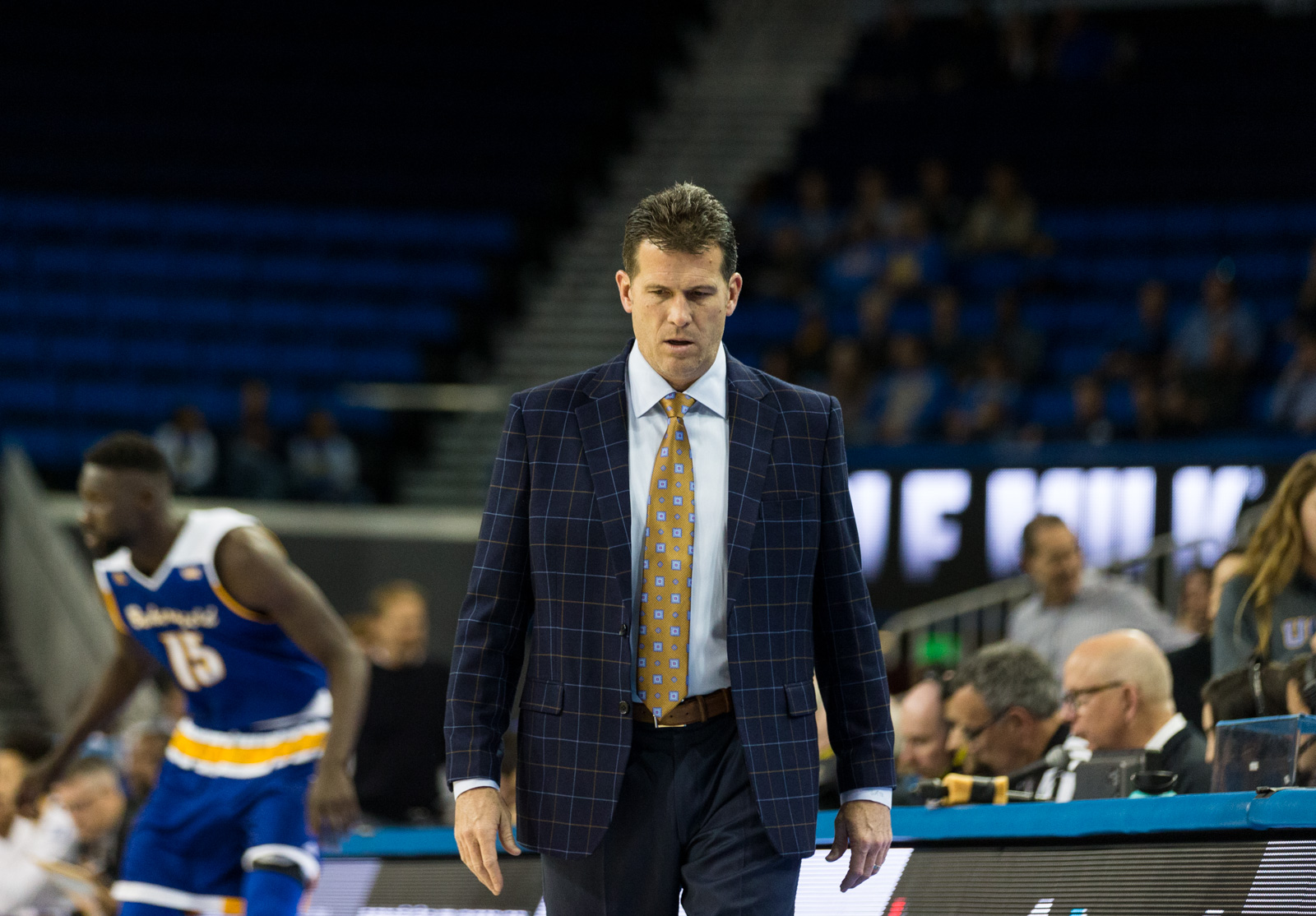 The NCAA introduced several new rules for men’s basketball last week, allowing “elite” high school players to interact with approved agents and letting some undrafted players return to school. There was no update on punishments for the violations discovered in the FBI probe in February. (Aubrey Yeo/Daily Bruin senior staff)

College basketball is about to get even more complicated.

The NCAA announced several major rule changes last week regarding student-athletes pursuing NBA careers. Undrafted players who are invited to the NBA Combine will now be allowed to return to school, “elite” high school prospects are allowed to have official relationships with NCAA and USA Basketball-approved agents and the recruiting calendar is changing drastically.

On the surface, these seem like positive changes. And some of them are.

The idea of letting undrafted players return to school is universally agreed upon. The NCAA never gave a good reason for this restriction in the first place, and this change is good for both schools and athletes. It used to be that players who entered the draft had until the end of May to make their final decision, but this new rule gives them the freedom to take chances with fewer consequences.

NCAA president Mark Emmert has long pushed the idea that student-athletes are students first – that they will never get paid by their universities and that the preservation of their amateur status is paramount in sustaining the integrity of college sports.

A devastating FBI probe shook men’s basketball to its core in February, exposing teams that paid players hundreds of thousands of dollars, directly leading to most of these new rules. One of the other rules the NCAA introduced last week was increasing the accountability of school’s presidents, chancellors and athletic directors when there is indeed a violation.

The problem is these rules don’t actually solve the problem of paying high school prospects.

These new rules are a middle ground between Emmert’s idea of amateur athletes and others’ desire for salaries for student-athletes. However, this only expands the gray area that is NCAA eligibility.

All agents will have to be approved by USA Basketball. Syracuse coach Jim Boeheim, Duke coach Mike Krzyzewski and Villanova coach Jay Wright – among other NCAA D1 coaches – coach for Team USA, which creates a conflict of interest in their recruiting.

The NCAA did not release how – or if – they would ramp up policing illegal player payments. Big time “elite” prospects like DeAndre Ayton can still get paid $100,000 by Arizona under the table, since giving players access to an agent with 20 other clients in their class is not guaranteed to deter future illegal deals.

Defining who the “elite” prospects are is an unknown process at the moment, and the judgement of these 17- and 18-year-old men could introduce even more corruption and confusion.

These young men will still be getting paid in under-the-table deals until punishments and consequences are actually enforced, not just used as threats. Instead of disciplining the three dozen teams that broke their rules, the NCAA is instead appeasing them.

Big-time programs that were not caught violating NCAA policies earlier this year – like UCLA – get the short end of the stick in this deal. Coach Steve Alford has been able to draw countless five-star recruits to Westwood in this one-and-done era while doing it by the books.

And now, the competitors who were seemingly going to fall behind the Bruins after NCAA and FBI sanctions will be brought right back to where they were in the first place. In fact, these rules could make it easier for teams to illegally recruit players.

NCAA players should not necessarily be paid, nor should they be voiceless “amateurs,” but the idea that these changes will get rid of the problems ravaging collegiate men’s basketball is far too optimistic.

Emmert and the NCAA are only prolonging the inevitable.