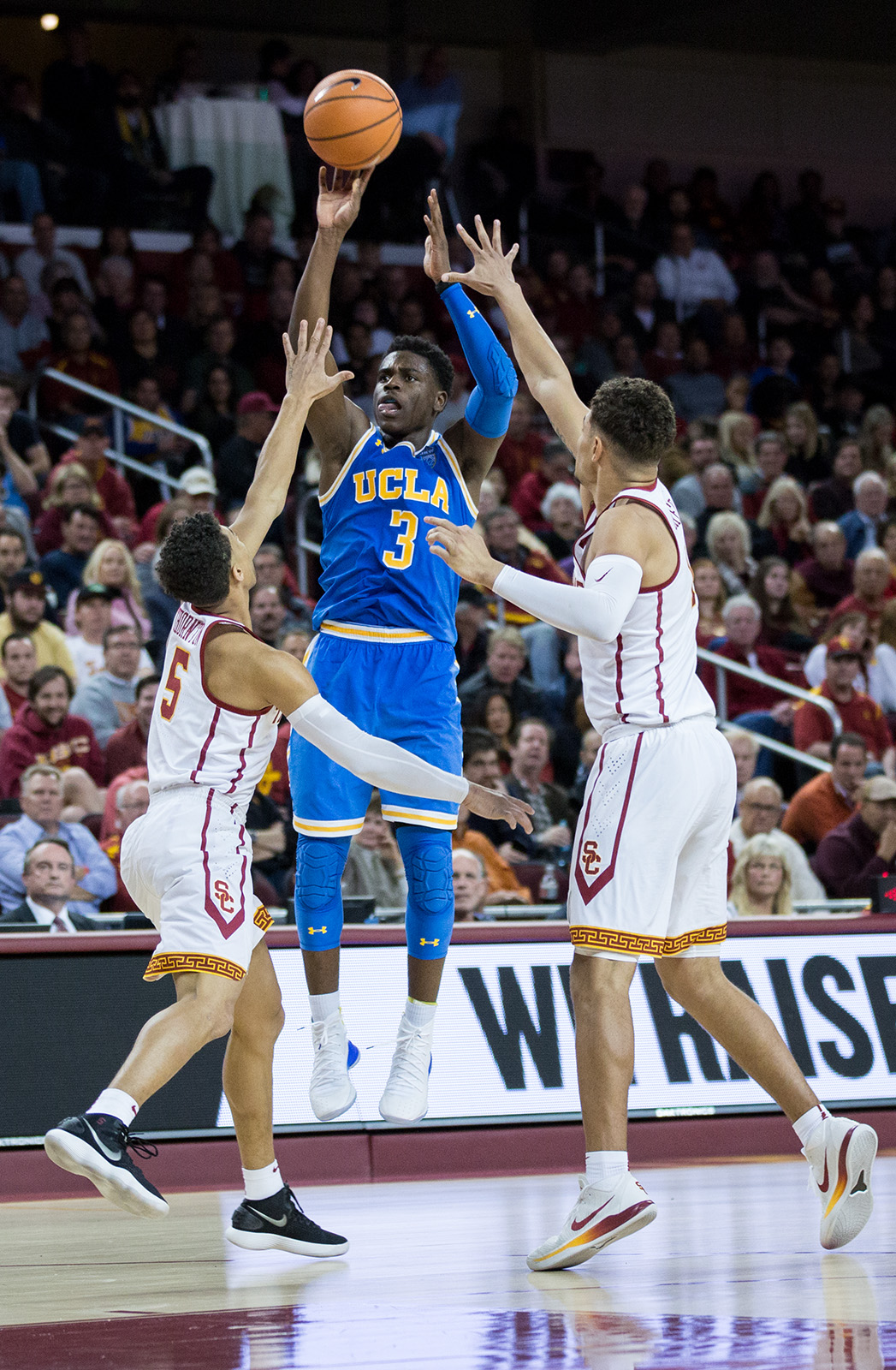 Former UCLA guard Aaron Holiday is the only point guard on the Pacers’ roster signed through this upcoming season. He was drafted 23rd overall by Indiana in last month’s NBA Draft. (Daily Bruin file photo)

It is time for people to stop sleeping on Aaron Holiday.

The former Bruin guard has been playing second fiddle to Lonzo Ball since they were teammates on UCLA men’s basketball, but he will not be overshadowed by his former counterpart for much longer.

The reigning Pac-12 scoring champion showed flashes of brilliance at the 2018 NBA Summer League earlier this month and even posted a 23-point debut against Houston.

Holiday finished his summer league averaging 14.5 points, 6.8 assists and 5 rebounds per game. Although he did not win Summer League MVP like Ball did a year ago, he is in a better position to succeed for the foreseeable future.

Holiday, the 23rd overall pick in last month’s NBA Draft by the Indiana Pacers, will join a young, budding group of players who put together one of the more impressive campaigns in the NBA this past season.

The Pacers finished fifth in the Eastern Conference with a 48-34 record and took LeBron James and the Cleveland Cavaliers to seven games in the first round of the NBA Playoffs.

Guard Victor Oladipo, who the Pacers acquired via trade last summer, won the league’s Most Improved Player award after averaging 23.1 points per game on 47.7 percent shooting.

The Pacers, however, lacked an impact player at the point guard position. Former UCLA guard Darren Collison started a majority of games while Cory Joseph came off the bench.

Neither of those players are under contract past the 2018-2019 season, meaning Holiday is primed to become the future point guard in Indiana.

Ball, selected second overall in last year’s draft by the Los Angeles Lakers, had an up-and-down rookie season plagued by injuries after dominating the summer league in 2017.

His passivity and lack of consistency on offense worried the Lakers to the point in which they went out and brought in point guard Rajon Rondo during free agency.

Rondo will compete with Ball for valuable minutes that are key to Ball’s ongoing development, and due to a torn left meniscus, it is unknown whether or not Ball will be fully healthy in time to battle it out in training camp.

And even if Ball comes back strong and wins the point guard competition, he will still have to acclimate to playing with one of the most ball-dominant players in the NBA – LeBron James.

On the other hand, Holiday will likely get the keys to the car by the end of his rookie season. Collison and Joseph will be prime trade candidates due to their expiring contracts, paving the way for Holiday to take over as soon as this spring.

The Eastern Conference is also more wide open than ever after the departure of James to the West, meaning Holiday may have the opportunity of playing significant postseason minutes as a rookie.

Ball will also have a good chance at reaching the postseason in 2018-2019 because of the arrival of James, but he won’t play as significant of a role for the same reason. James commands the ball and is known to take games over by himself.

After watching Ball from the bench at UCLA, it is now Holiday’s turn to run the show while Ball is forced to watch somebody else do it for him.