The Quad: How breakthroughs in body positivity overtook unrealistic standards 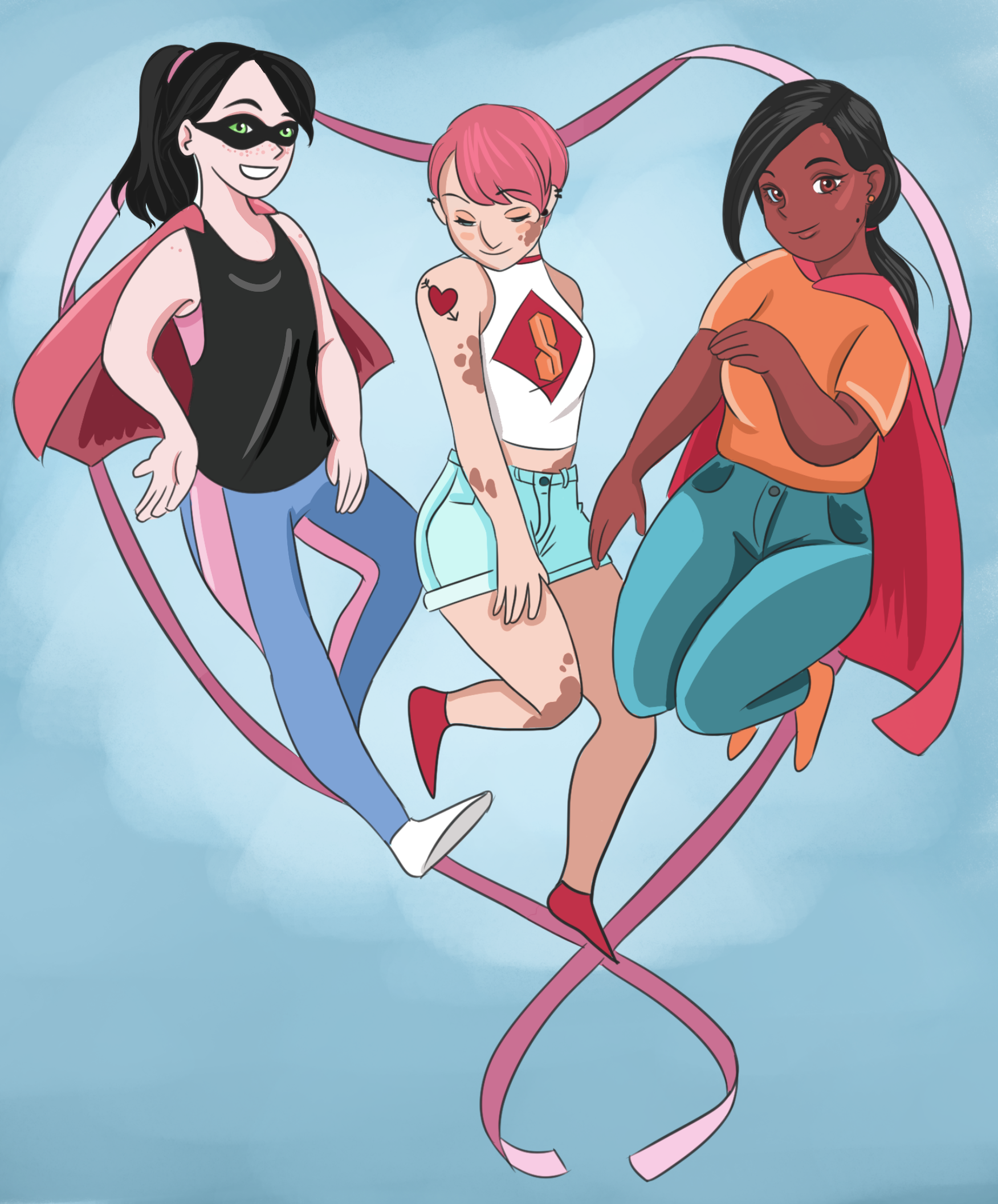 I never thought to address the issue until I saw “The Beauty In You” photo exhibit that took place in Kerckhoff Art Gallery from May 21-25. The red, white and skin-toned color scheme of the photo exhibit was familiar, but exciting and left me curious to explore the body positivity movement throughout the United States.

For four years, the Body Image Task Force, one of 12 committees under the Student Wellness Commission, has given Bruins a chance to celebrate body positivity through the exhibit.

The exhibit displayed pictures of Bruins smiling as they hold red, heart-shaped pieces of papers stating what they love about themselves. They were just normal people appreciating their eyes, or their lips or their skin tone. The exhibit immediately became more jarring when I thought about how much I ridiculed myself for my physical appearance that day alone.

Pick any social media platform, movie or fashion company and you notice we are often feeding ourselves a singular image of beauty and worth that is idealistic and more often unobtainable. For instance, popular models tend to be thin, white, cisgender women. The photos we see are often tweaked for so-called imperfections like skin discoloration, stretch marks, blemishes and even large hips.

For most people, these imperfections are simple realities. When we see people without them, with the words “sexy,” “beautiful” or “alluring” plastered beside them, it’s easy to feel insecure.

The resultant insecurities can develop into harmful behaviors such as eating disorders, or mental health concerns such as anxiety, depression and body dysmorphic disorder. And it doesn’t end there – according to Psychology Today, a negative body image affects more than just mental state. It can also affect academic performance and sex drive.

The modern body positivity movement began to address these issues beginning with advocacy for acceptance of overweight people in the mid-1960s. A champion of the more recent form of the body positivity movement is an organization called The Body Positive. Connie Sobczak and Elizabeth Scott founded the organization in 1996 because they wanted to create a world where people did not feel burdened by their physical appearance and could reach their full potential.

Since then, the fashion industry has introduced diverse models who vary in ethnicity and body type. For example, Michael Kors and Christian Siriano employed curvier models such as Ashley Graham and Candice Huffine to walk the runway at New York Fashion Week Fall 2017.

In addition to diverse models, there has been a shift in who the fashion and beauty industries cater to. Rihanna’s Fenty Beauty line has given women of color and curvy women products such as makeup and lingerie that offer a wider range of shades, shapes and sizes. The company has even prompted other beauty lines to do the same, such as with Kylie Cosmetics and L’Oréal. Since the emergence of Fenty Beauty in stores, I have personally felt more positive about my skin color, which is darker than what most beauty companies make products for.

From the praise that Fenty Beauty has received, people are responding to companies and media that utilize more realistic models and offer products that were made with diversity in mind.

Despite the changes, people still use filters on their images, don’t wear certain clothing items and often shame people for not living up to rigid beauty standards. The media is simply a stepping stone to a true remedy for negative body image issues.

But luckily, we don’t have to rely on the media to promote body positivity.

Body positivity is ultimately about accepting one’s skin tone, shape of their features, weight and hair. People can cultivate a more positive body image by freely giving and accepting compliments, taking breaks from social media and focusing on how they feel rather than how they look.

Every day since I came across the exhibit in Kerckhoff, I have tried to be a little bit easier on myself. I am glad to say that on July 9 I finally took my first picture of myself. I thought I looked pretty good.