Theater review: ‘On Your Feet!’ 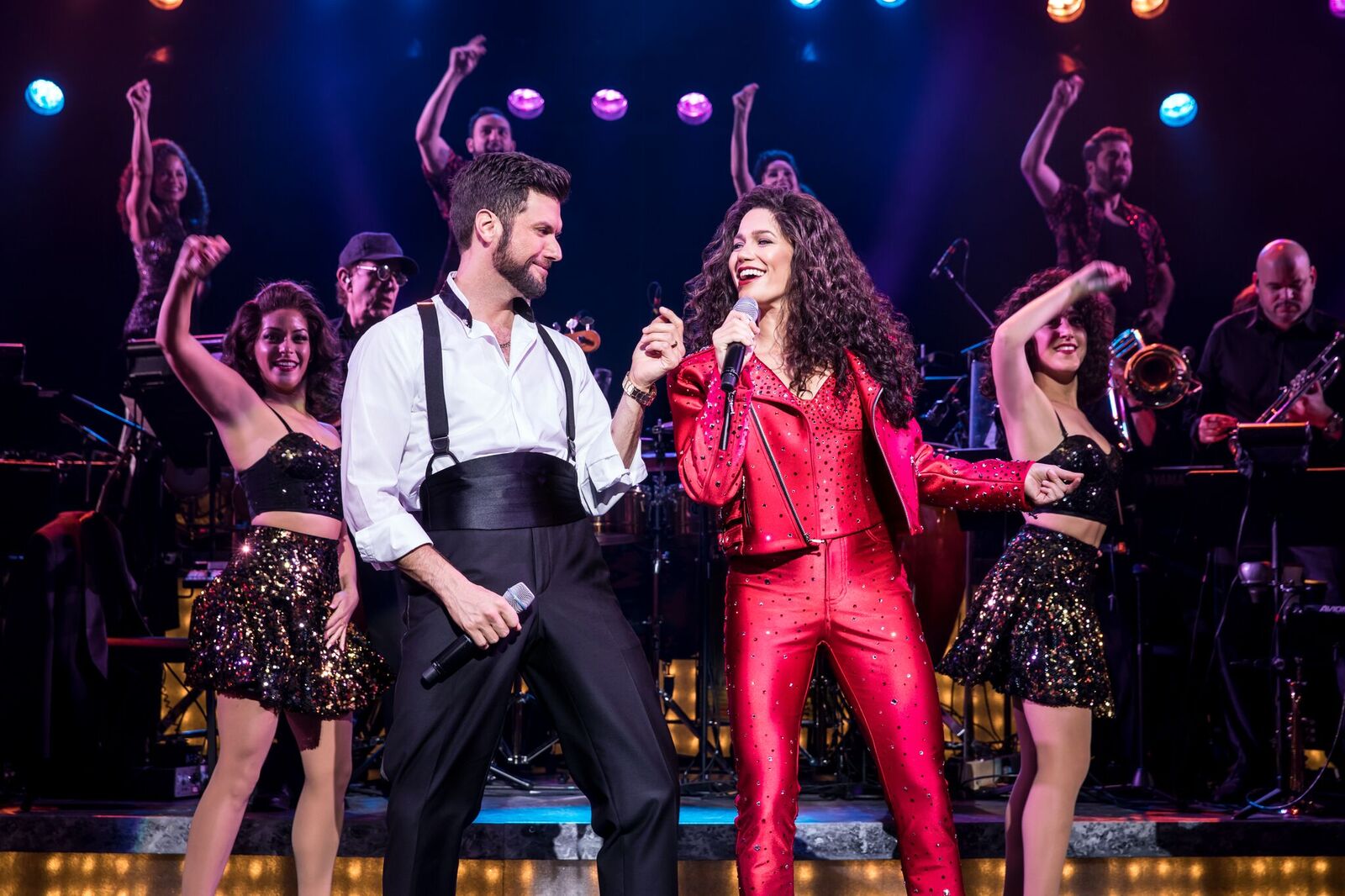 The ’90s Latin pop singer’s hit songs like “Turn the Beat Around” made their way to Pantages Theatre’s stage during Tuesday evening’s red carpet premiere. “On Your Feet!” recounts Estefan’s rise to fame, and sets it to the score of classic bops and original compositions. While the nearly two-and-a-half hour production didn’t miss a beat with its seamless settings, dynamic dancing and powerful performances, the narrative’s uneven pacing dampened the show’s otherwise lively essence.

The show began as the musical couple Gloria Estefan (Christie Prades) and her husband Emilio (Mauricio Martinez) prepare for a concert before the stage transforms to Estefan’s past as “Glorita” Fajardo in Miami, Florida. The lively beginning Floridian scenes, filled with wonderfully advanced dance numbers like “Tradición,” move quickly. Behind a fast and showy display of colorful scarves, the young “Glorita” becomes a full-grown teenager in front of the audience’s very eyes. Within minutes of the show audience members can already define the main aspects to the cliche narrative: the love interest, the fairy godmother-type and the conflict between the familial and personal.

“On Your Feet!” fit nearly 10 years’ worth of Estefan’s life into a little more than an hour. In cramping such an amount of time into 11 hip-swaying songs, with dialogue dispersed in between, the narrative left out major plot points of Estefan’s biography. Subplots that could have added to the story’s emotional depth include her role as the primary caretaker for her multiple sclerosis-suffering father, or her decision to pursue music rather than complete her degree in psychology.

However, the limited scenes portraying said emotional depth were especially powerful. Rising to fame with the Miami Sound Machine, Gloria argues with her adamant mother (Nancy Ticotin) about her musical career and her blooming romance with Emilio. Like the audience, Gloria learns her mother abandoned her singing career. In the dramatic salsa number “Mi Tierra,” donning a black-and-gold party gown, Ticotin takes the audience back to a ’50s Havana nightclub and demonstrates unwavering vocal prowess that exuded her character’s passion for music.

Finishing the first act, the colorful and witty rendition of Estefan’s hit “Conga” was the energetic pinnacle of the entire show. Performing at various events, from a bar mitzvah to a Las Vegas Shriner’s convention, Gloria gains fans and followers. Prades and the ensemble members delivered flashy sets of complicated steps, lifts and twists. However, the number’s real showstopper was the young Carlos Carreras. Playing the young bar mitzvah celebrant and Estefan’s son Nayib, Carreras danced enthusiastically – tapping and cartwheeling his way into audience members’ hearts. The grand number of bright colors and quick steps ended as cast members descended the stage into the audience via conga lines.

After the lingering buzz of “Conga,” the second half struggled to match its predecessor. Focusing on rising familial tensions and the Estefans’ tour life, the second act of “On Your Feet!” continued its odd pacing and its lack of explanation for new additions to the plot, leaving the audience in the dark.

The second act began with the show’s namesake, “Get On Your Feet,” and while the performance was energetic, it was short, leaving its memorability second to that of “Conga.” Prades and the cast continued performing other hits throughout the second act as Gloria and her family tour internationally, from Madrid to Washington, D.C. The show then continues to lose its energy when Gloria states that she is tired of touring.

The remainder of the show recounts Gloria’s six months of recovery from a paralyzing tour bus accident to her comeback as a pop diva. And while physical therapy is not meant to be entertaining, the portrayal of the six harrowing months weren’t equally engaging nor as stimulating as scenes from the first half. The second act’s vibrancy only picked up toward the second-to-last number, where Prades and the “On Your Feet!” cast soulfully recreated Estefan’s 1991 American Music Awards performance of “Coming Out of the Dark.”

The show’s finale, “Mega Mix,” combined Estefan’s hit songs into a party track that invited audience members to dance and feel the different, reverberating rhythms. A story of stardom, tradition and family, “On Your Feet!” may need to improve on its narrative flow, but makes up for it with impressive and memorable dance numbers that remind the audience of Estefan’s ubiquity.