The Quad: Professors recommend their favorite books for summer reading 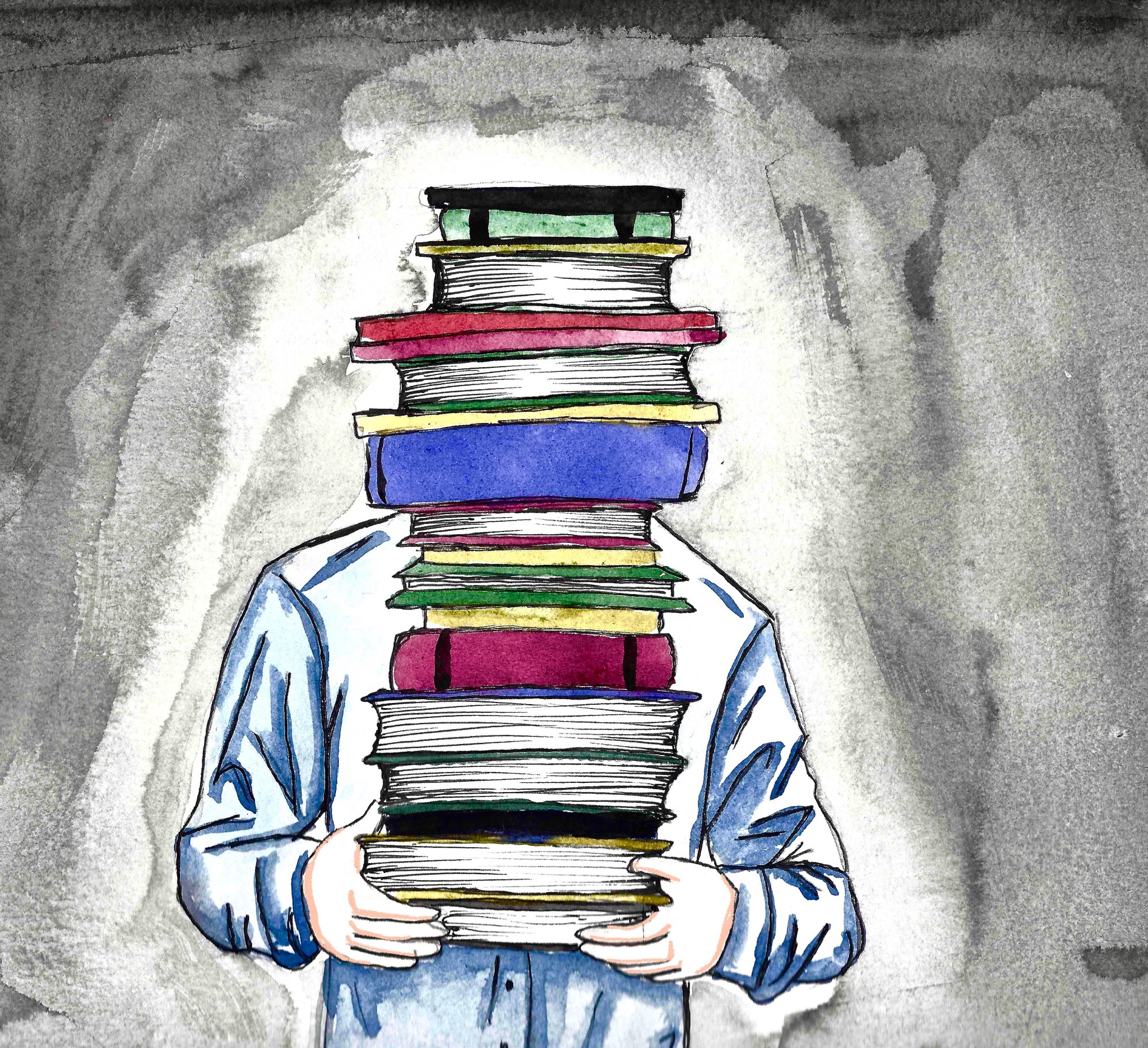 Summer can feel a long way from a vacation for some college students. Between internships, jobs, summer classes and various exams, it is hard to find a moment that is not related to the future.

When we have a free moment, it’s easy to get lost in the flights of fancy that tickle the mind such as TV and streaming sites, but an interesting alternative for a break is a book.

Literature is an extremely magical entity when syllabi and coursework aren’t dictating the reading list. Free reading takes on a different form from reading for class that can provide wisdom, entertainment, humanity and knowledge beyond the classroom.

The Quad spoke with professors about pieces of literature ranging from books to plays that they have found inspiring and have offered them insight to the world or otherwise changed their lives. Instead of binging “The Office” in between going to the beach or working at the office, maybe give some of their suggestions a shot this summer.

After stepping inside of Colacurcio’s office, it’s apparent that he is well-read.

The professor has been teaching at UCLA for more than three decades, and books are scattered all throughout his office in the Humanities Building. It seemed like books were everywhere – not only in his office, but also in his mind. Among his many novel suggestions were “Miss Ravenel’s Conversion from Secession to Loyalty” by John William De Forest, “The Damnation of Theron Ware” by Harold Frederic and “A Modern Instance” by William Dean Howells.

Colacurcio said his book suggestions deal with many issues that are still relevant today, like questioning institutions such as religion and marriage. For example, in “A Modern Instance,” the characters Bartley Hubbard and Marcia Gaylord separate in a time when divorce was extremely taboo. The two are seemingly in love at first, but drift apart due to capitalistic greed.

It’s important to realize that American literature goes beyond such canonical works as “The Adventures of Huckleberry Finn” and “The Scarlet Letter,” Colacurcio said. Great writers like Mark Twain had contemporaries, like Howells and De Forest, that are just as worthy of a read, even if they don’t make it into a professor’s syllabus, he said.

“The problem with reading is that it is easy to read what is most reader-friendly. It tends to be most modern literature that deals with problems of today in the language we use now,” Colacurcio said. “If you go back, you find the issues are slightly different, but sometimes our issues are disguised issues of the past.”

Yarborough’s office sits deep within the corridors of the Humanities Building. Here, he has made a home for himself and his shelves of African American literature. As I gazed at his book shelves, I noticed many books that were dear to my heart like “The Color Purple” and “The Bluest Eye,” which deal with issues faced by black people in America.

I was a bit surprised when he talked mostly about science fiction, movies and graphic novels.

Yarborough said his love for reading began with science fiction. His suggestions are a bit more author-centric, focusing on the works of Samuel R. Delany, Theodore Sturgeon and Philip K. Dick.

Yarborough first read Delany, a black science fiction writer, when he was a child. Works such as “Nova” and “Babel-17” made a particularly strong impression on him because reading them was the first time he encountered an author that shared his interests and looked like him. From that moment on, he was hooked on reading.

“People need to read – almost anything,” said Yarborough. “You have a lot of freedom. Identify your taste. Identify what you need reading to do. Continue to read.”

McEachern said she finds the most compelling pieces of literature to be those that elicit a melancholy response.

Sitting on her couch, McEachern talked about “Everyman” by Carol Ann Duffy, an adaptation of the play “The Summoning of Everyman.” She said the play left her in tears when she saw it in London because it raises existential questions, such as how to love and what matters most in life.

McEachern also suggested that students read “Paradise Lost” by John Milton. She has taught the book in her class for years, but she said she believes it goes beyond a classic piece of literature. She added that it is hard to talk about the book in class without tearing up because the author, despite personal struggles such as blindness, created a well-known piece of literature that has stood the test of time.

She has read the book many times, but she discovers a new perspective depending on her place in life every time she reads it.

“Don’t sell your books back to the bookstore,” McEachern said. “Books are going to change as you change.”