Alumna looks at childhood with a new lens through documentary 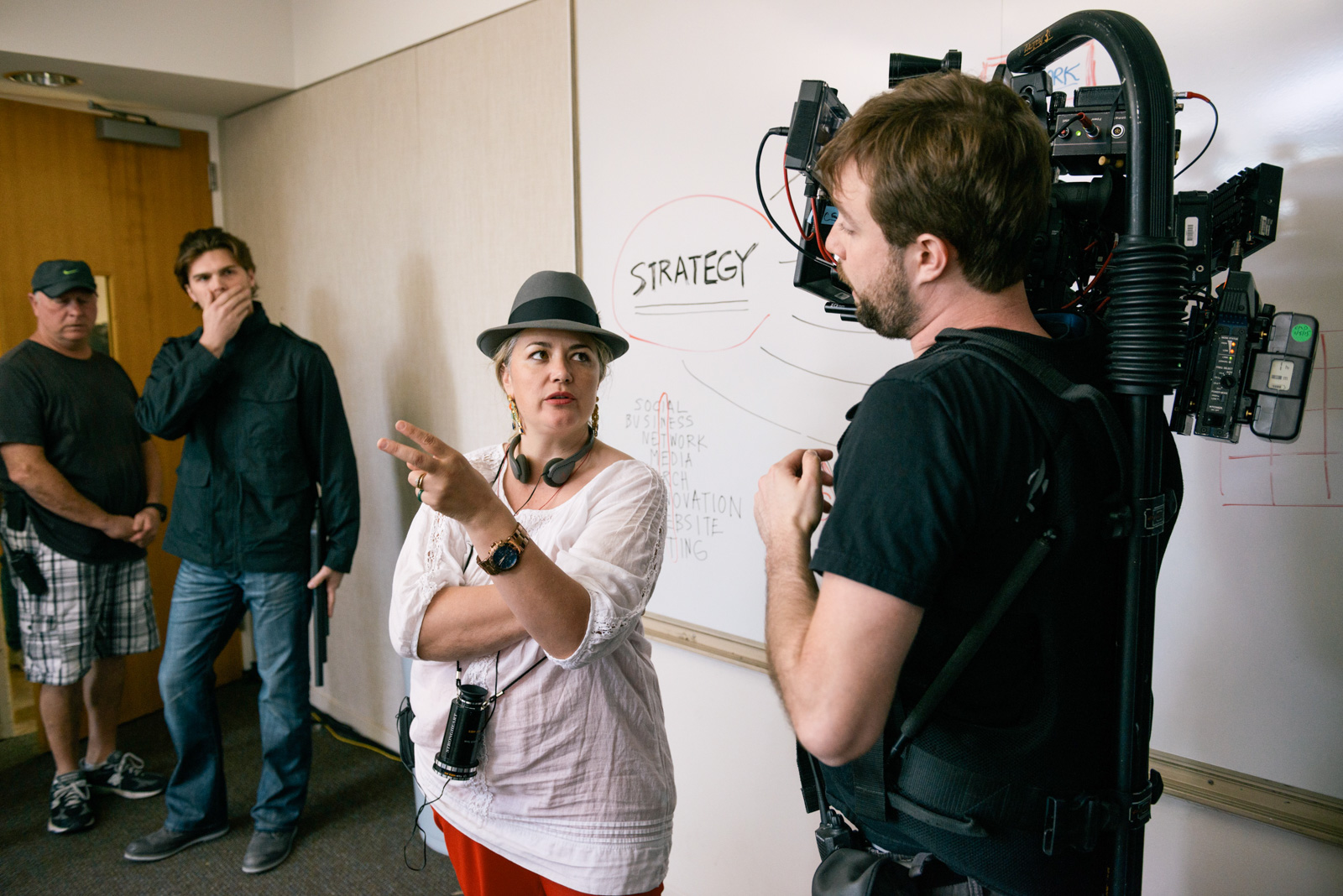 Seven-month-old Faith Strongheart was left alone, sleeping beside a campfire.

Her mother later returned to find Strongheart burning in the hot coals of the flame. The burns scarred approximately a third of her body and required nearly all of her toes to be amputated, Strongheart said.

The MFA alumna is directing a documentary that unravels the details of her injury while examining her hippielike upbringing in the 1970s. Tentatively titled “The Special Syndrome,” the film depicts her unconventional childhood and reflects on how her injury shaped both herself and her family. The documentary is still a work in progress but has reached the later stages of the production process, leaving only one scene and some interviews left to be filmed to wrap up shooting in September.

Strongheart and her team alternated between Santa Fe, New Mexico, and Portland, Oregon, to conduct interviews with Strongheart’s various family members. Strongheart said the documentary is primarily interview-based and currently features accounts from her mother, former stepfather, five siblings, uncle and bodywork practitioner as she attempts to piece together the accident. Cecilia Albertini, an MFA film directing alumna and the film’s editor, said that, as Strongheart explains what life was like for her family in the 1970s, Strongheart also attempts to uncover the details of the incident itself.

“Nobody actually saw me get burned, so I did various interviews of people who were there to find out what they all knew and what their experience was of that day,” Strongheart said.

Strongheart also uses a voiceover and her own narration to guide the viewer through her quest, Albertini said.

“(Strongheart) knew about the burn … and she also knew what happened before she started making the film, but she didn’t quite know the specifics of the event,” Albertini said. “She basically was looking for answers in terms of her parents. … Was her mom not paying enough attention to her?”

Strongheart grew up in a remote adobe cabin, surrounded by the woods near the mountains of New Mexico. The home had no electricity, running water or a bathroom, she said.

“A lot of (Strongheart’s) childhood was just spent in nature, so it was a very unconventional childhood in a sense,” Albertini said.

Paula Strongheart was a musician who tried to make a living by singing occasionally, and she mostly raised her children as a single mother, Albertini said. Although Faith Strongheart and her siblings found beauty in life surrounded by nature, they endured a difficult childhood. They often had no food in the house and had to live off food stamps or welfare checks, Nachman said.

In addition to including the interviews and recreations, Faith Strongheart and her team also collected photographs from each of her family members upon visiting them, Nachman said. They then curated these photos, often portraits of the family, into their own album to feature throughout the film. The photographs were scanned into various scenes and span a time period of about 60 years, dating back to Paula Strongheart’s adolescence, Nachman said.

“I think (the photographs) add something totally invaluable. … There’s just a life to them that’s unlike anything else,” Nachman said.

Albertini said the documentary will also include original 1970s-like music performed by composers and Faith Strongheart’s own family to lend to the prominent musical genres of the decade and show the family’s bond through music. Nachman said the documentary at its core is about dealing with how familial issues and traumas – in this case, the burn – are passed down throughout generations. As she filmed the documentary, Faith Strongheart said she was able to explore the incident as a filmmaker and how it affects her life today.

“I don’t think I necessarily gained any more clarity about what actually happened, … but I learned how families are shaped by the events that happen to them … and how, despite something traumatic, that families can still heal from that,” Faith Strongheart said.