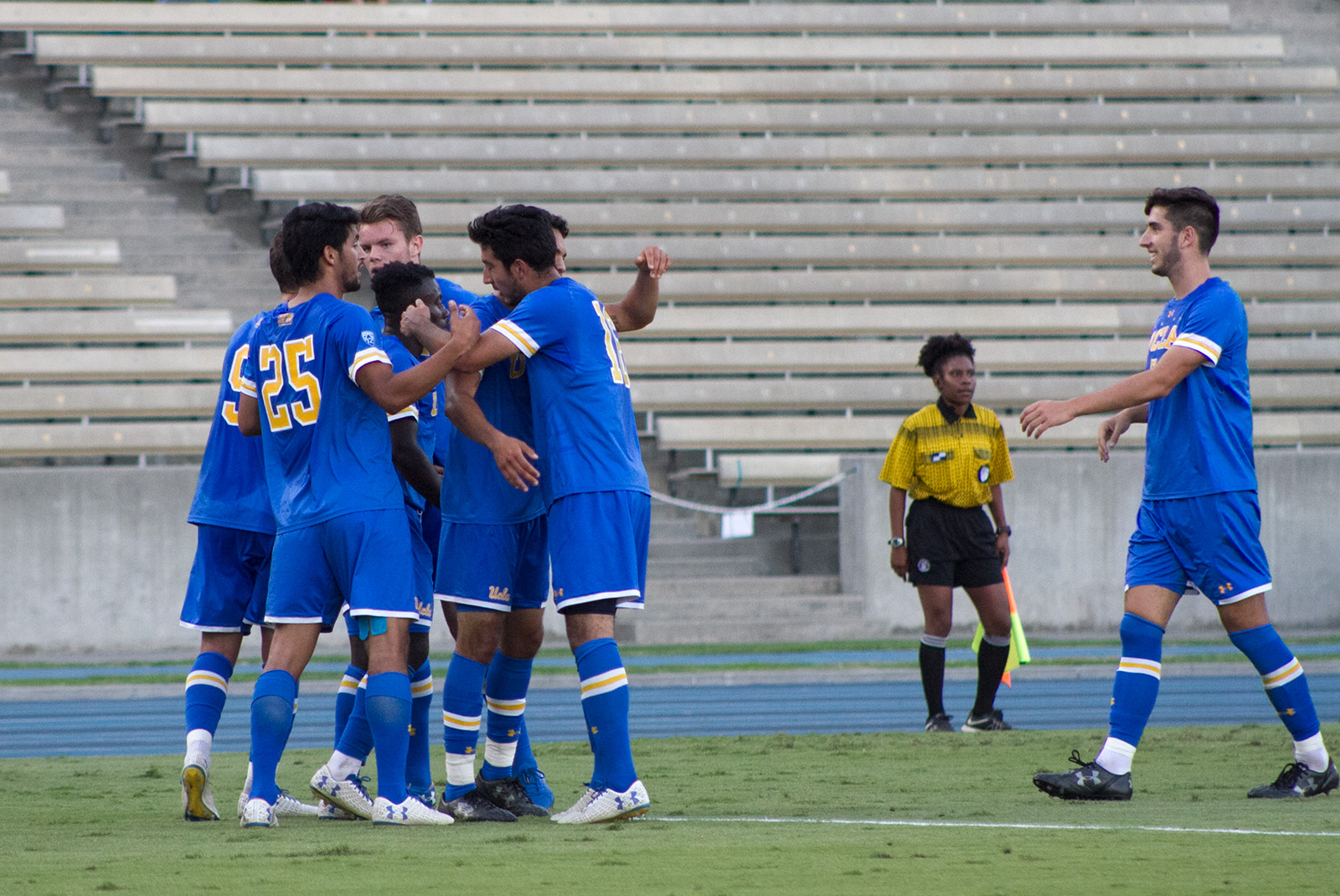 UCLA men’s soccer finished with its worst record in almost 70 years last season. This year, the Bruins have brought in its first No. 1 recruiting class since 2015, which could help the program get back on track. (Habeba Mostafa/Daily Bruin)

The Bruins have no choice but to be better next season, and their hope lies within the crop of top-ranked incoming freshmen.

UCLA men’s soccer finished the season ranked 54th in the nation, recording a 7-10-1 record. Its winning percentage of .417 was the team’s worst since 1948. The 2017 season was the first year under coach Jorge Salcedo that the Bruins did not advance to the postseason.

The 2018 season’s recruits should be pressured to return the program to a high level. Salcedo does play freshman players, with many appearing as starters and others logging hundreds of minutes off the bench. The outfield players of the 2017 recruiting class averaged 1,083 minutes and 11 starts among them. Some freshmen even became key components of the starting 11, such as forward Santiago Herrera, who started 17 of 18 games, and Eric Iloski, who started all but two games for the Bruins.

UCLA finished the season with 24 goals in 18 games played, good for 101st in the nation with a team scoring average of 1.33. The highest goalscorer for the Bruins was graduating redshirt senior midfielder Brian Iloski, who recorded six goals.

The new recruiting class features forward-minded players who could help the Bruins offensively. Incoming junior transfer Mohammed Kamara from Tyler Junior College in Texas was named the Junior College United Soccer Coaches Association Player of the Year last season after scoring 48 goals in 22 matches. He led all of the NJCAA in goalscoring and points with 99. Kamara should also bring a new mentality for breaking ties, as he found the net 14 times in game-winning scenarios.

Kamara’s experience with Tyler Junior College should help the Bruins in big games against conference opponents and potentially in the playoffs, as the rising junior won two NJCAA national titles in two years with the Apaches.

UCLA ranked third in the Pac-12 in goalscoring, behind Stanford and Washington. Goals should come with the addition of incoming junior transfer midfielder Carlos Rincon, who recorded 10 goals in 22 appearances at Santa Monica College last season and logged a .333 shooting percentage.

Three incoming freshmen should allow for more depth in the midfield, too. Franuel Amaya was ranked as the No. 1 player out of the Southern California region by Top Drawer Soccer and was featured in the U-19 U.S. National Team. Four-star recruit Matthew Hundley playing on the wing should bring more attacking options to the outside, as he too was named to the U-17 U.S. squad. Cody Sundquist featured in the Fiorentina Youth Academy and was also selected to the U-18 U.S. National Team camp.

Defensively, the Bruins ranked 11th out of 205 Division I teams in goals scored against, with an average of 1 per game.

There should be competition for rising junior Kevin Silva at goalkeeper this season from incoming freshman Justin Garces. Garces was formerly a member of the Atlanta United Academy, as well as a member of the U-19 and U-17 U.S. National Teams. He was ranked best goalkeeper in the 2018 recruiting class by Top Drawer Soccer.

Incoming freshman AJ Vasquez will help a UCLA backline that leaked more than 30 goals over the course of the season. Vasquez was named the No. 3 player out of the Southern California region and was named to the U-17 U.S. National Team roster, but missed the U-17 World Cup due to injury.

UCLA has its first No. 1 recruiting class in the country since 2015. With such a rich pool of talent, the Bruins have added depth as four recruits rank within the top-25 at their position according to Top Drawer Soccer and five players have national team experience. But no matter what happens, with more depth and a chance to have more offensive production, UCLA will hopefully do better than it did in 2017.