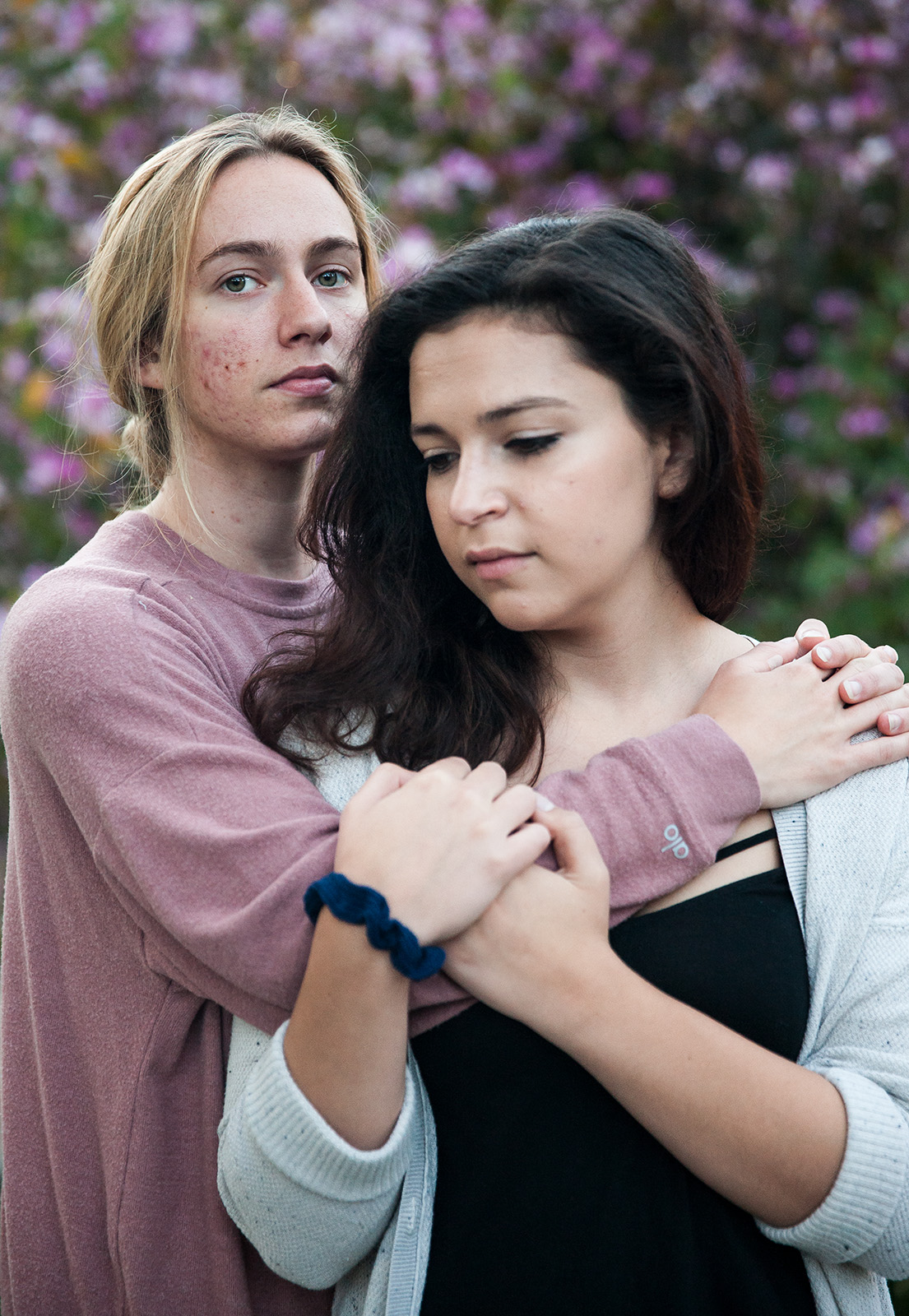 Shayna Warner wrote the characters in “The Taming of the Shrew” as women, but she kept the play’s original gender pronouns in the last scene the same.

The fourth-year world arts and cultures student is directing the Shakespeare Company at UCLA’s production of “The Taming of the Shrew” in an attempt to address gender dynamics within lesbian relationships of the 1990s. Set in Los Angeles during the LGBTQ liberation movements of the late 20th century, Warner’s version of the play casts both the characters of Petruchio and Katherine as women.

After the onset of the 1980s AIDS crisis, which disproportionately affected gay males, media coverage of queer people increased, with members of the LGBTQ+ community asserting their rights, Warner said. In Warner’s play, Petruchio, a masculine-presenting female, attempts to “tame” Katherine’s femininity. Warner said the play’s more modern setting is meant to explore the effect of masculinity in the social hierarchies of lesbian relationships using a retelling of the classic Shakespearean story.

“The ’90s is fun to look at, but it’s also a perfect spot to think about gender politics and who has the right to change another person’s attitude, appearance and identity,” she said. “I wanted to put (the play) in the ’90s because that was a place where people really wanted to be clear about their identity.”

In heterosexual relationships of the late 20th century, there was a clear dominance of men over women, said Beatrice Brown, who plays Petruchio in the show. The first-year theater student said much of the terminology within the gay community, like “butch,” started to develop before the turn of the century. Ideas like gender hierarchies from straight relationships carried over to lesbian ones as well: Masculine women held more power in lesbian relationships than feminine women did, Brown said.

“People pushed for the butch-femme aesthetic because it was natural for the male-female house dynamic of the United States at the time,” Brown said. “It (wasn’t) straying too far from the conventional.”

The masculine-presenting queer population of the ’90s looked down upon so-called “lipstick lesbians,” because conventionally feminine women were perceived as being complicit to the desires of heterosexual men, Warner said. The original play features a villainous male, Petruchio, who believes women are weaker and hence forces himself onto Katherine. Similarly in Warner’s version, Brown’s character attempts to force the headstrong Katherine into submission throughout the play. Petruchio believes lesbians who don’t take on masculine roles are inferior because of their interest in feminine ideals, Warner said.

The period-consistent costuming in the play factors into the dynamics of the ’90s queer community as well, Brown said. Her character Petruchio wears baggy pants and a leather jacket, embodying a traditionally masculine appearance. The community of women who live with Petruchio also don similar clothing styles and are masculine-presenting as well. When compared to the others in the group, Katherine seems out-of-place, said third-year theater student Kaiulani Kennealy.

Kennealy, who plays Katherine, said the femme aesthetic of her costuming makes her character appear weaker than the masculine identities around her. She wears fuzzy sweaters and knee-high socks – a sharp contrast to the leather jackets of the other queer women on stage. But although characters look down upon her clothing, Katherine has a strong spirit – Petruchio tries to tame her because she refuses to be seen as weaker, Kennealy said.

“There’s a lot of complex people out there that if you got to know them, they’re not whittled down to one short pink skirt,” she said.”Don’t put people into boxes they don’t belong in.”

Along with outfit changes, Kennealy said the play uses adjusted gender pronouns in all scenes except for the final monologue. In the speech, Katherine refers to women as weak and calls Petruchio her husband, paralleling the hierarchies of power in heterosexual and lesbian relationships. Since Petruchio is a woman, the lines present messages men probably told her about her perceived inferiority in their minds. Using the pronouns of the traditional play echoes the ideas Petruchio – as well as other lesbians in the ’90s – likely fell victim to before shedding her feminine appearance and transitioning into her masculine role, Brown said.

Warner said the original version of the play creates a clear concept of gender roles in its time period. Through her choice in setting, she said she wanted to highlight more modern issues through a time period closer to her own and show that there have been and still are issues of marginalization, even within already-marginalized communities.

“(In the 1990s), if you look a certain way, if you’re feminine, you shouldn’t be able to have a voice,” Warner said. “That’s still an issue in a lot of gendered spaces, even if it is a queer place.”