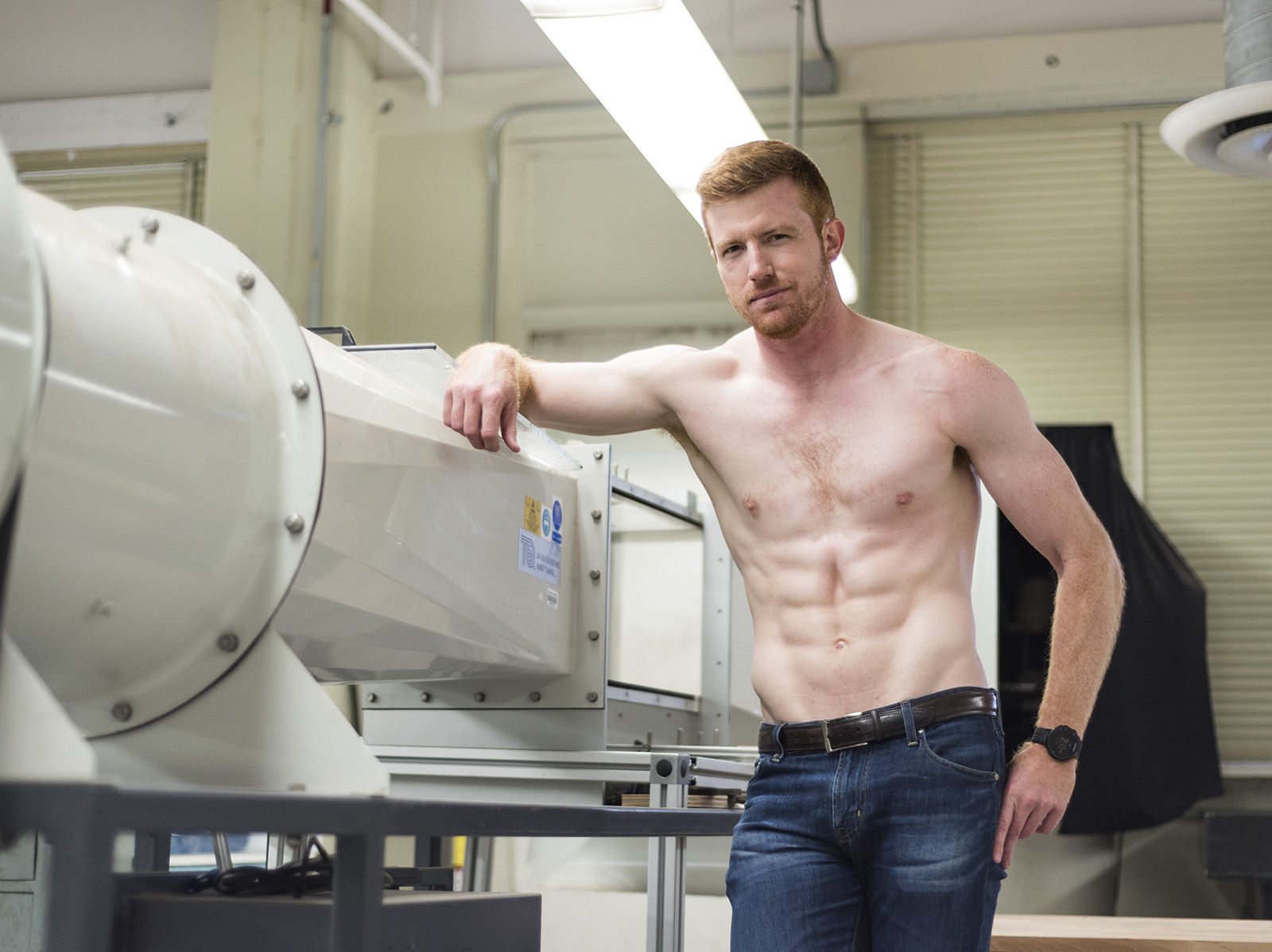 Bryce Eilenberg’s side job requires him to pose in his underwear in front of a camera.

Eilenberg, a 2011 aerospace engineering alumnus, began appearing on the television show “RuPaul’s Drag Race” in its seventh season. As a member of the Pit Crew – a small cast of men that serve as eye candy throughout the show – he assists the show’s drag queens in various challenges, even dressing in drag himself during the most recent season. Eilenberg, who also works at an engineering company, said his work on “RuPaul’s Drag Race” is a fun and exciting side job that allows him to break the mold of his day-to-day engineering career.

“Right now I’m trying to keep it as big as it can be without actually interfering with my career as an aerospace engineer,” he said.

“I decided that being just an engineer was probably going to be a pretty boring next 30 years of my life,” he said.

Once he’d gotten the photos as close to the original shoot as possible, Eilenberg posted the pictures to Model Mayhem, a website that connects models and photographers. About one week later, Eilenberg said he received an email asking him if he might be interested in performing on a popular television show: “RuPaul’s Drag Race.”

When he first opened the email, Eilenberg said he had no prior knowledge of the show. He went forward, though, and began working with the show’s Pit Crew. The group’s roles vary on a day-by-day basis, from practicing choreography and singing to interacting with the guest celebrities on set.

“The very first explanation I got was basically Vanna White, except you’re a dude in your underwear,” Eilenberg said.

His first season on the show was season seven, which featured popular drag queens Katya Zamolodchikova and Violet Chachki. One of Eilenberg’s favorite memories involves a remark made by Katya during one of the challenges – “I believe it was Bob Ross who said, ‘The key to a swollen vagina is courage.’”

When he first joined the Pit Crew, Eilenberg said he felt a bit of culture shock. The engineering crowd he works with tends to be a bit older and quieter than the animated younger cast of “RuPaul’s Drag Race.” Jason Carter, another member of the Pit Crew, said Eilenberg definitely came across as shy and timid when he first joined the cast; however, as the show has progressed he’s gotten more and more comfortable.

Because the Pit Crew doesn’t appear on every episode of the show, Eilenberg said the show doesn’t really require too great of a time commitment from him; he only has to spend about 10 to 20 days a year on set. Brandon Gilbert, a co-worker of Eilenberg’s at Honeywell Aerospace who has worked with Eilenberg since their company orientation, said Eilenberg’s role on “RuPaul’s Drag Race” has not caused any conflicts with his work at the company.

Despite his dedication to the Pit Crew, Eilenberg said “RuPaul’s Drag Race” is likely to remain more of a side project for him. Although he enjoys working on the show, he said he feels satisfied with his current balance between the Pit Crew and engineering, so as of right now, he doesn’t plan on getting further involved in television.

“‘RuPaul’s Drag Race’ is the fun on the side, unless they want to … pay me enough to buy a house and retire – by all means they can do that,” he said.