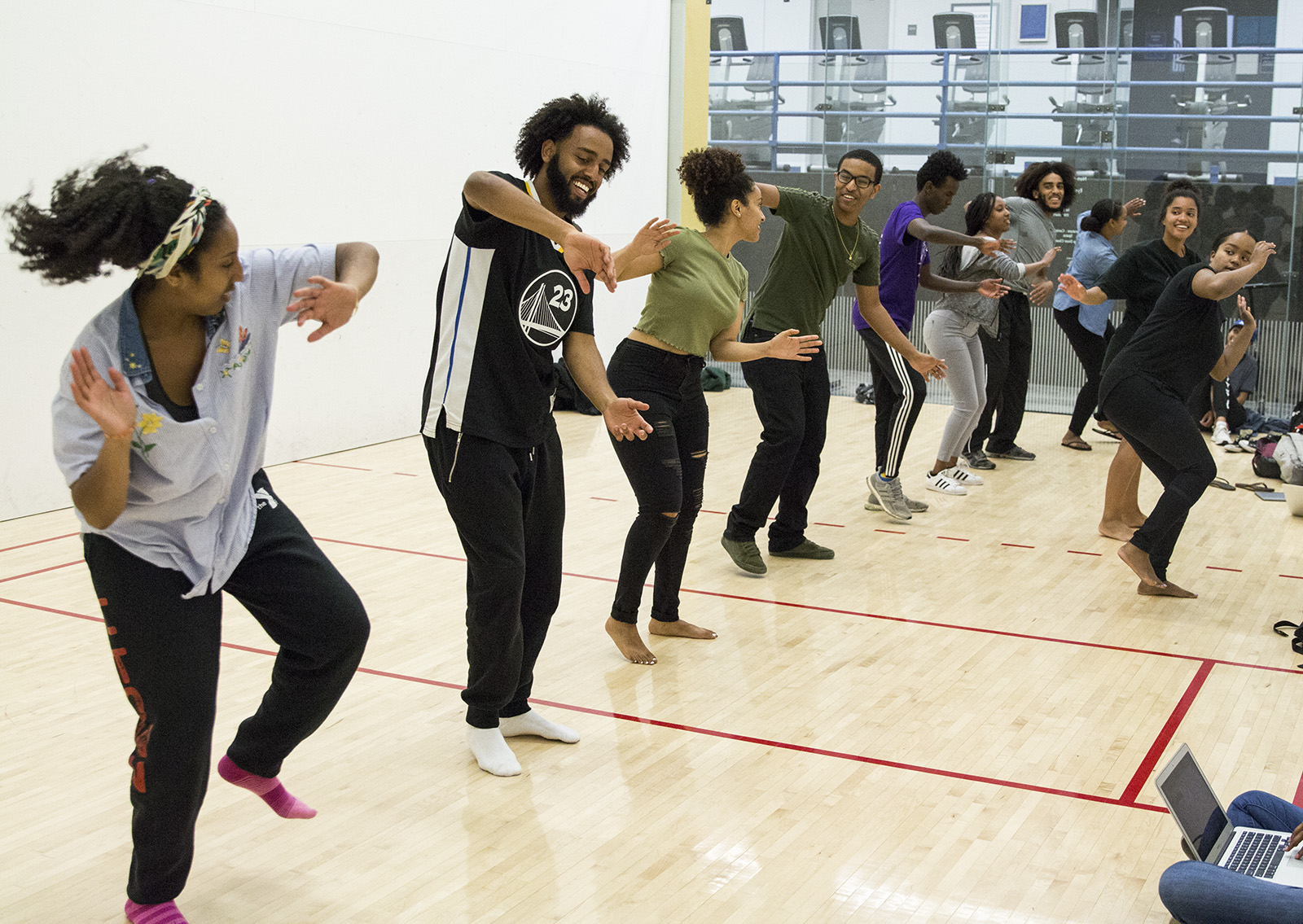 Students in the East African Student Association are working to put together the club’s first culture show highlighting the cultures of the various nations throughout East Africa. (Jenna Nicole Smith/Daily Bruin)

The show will feature traditional dances from six East African nations, trivia questions and a fashion show Sunday in the Ackerman Grand Ballroom. Though the association hosted annual culture shows in the past under the name of Habesha Student Association, this is the first year the show will span cultures from multiple nations in East Africa, said Alby Solomon, a fourth-year international development studies student and the club’s president.

“The whole theme of the cultural show is to draw attention to how diverse these countries are, but also how much overlap there is,” Solomon said. “We’re trying to make people more aware of these countries.”

The Habesha Student Association focused primarily on Ethiopian and Eritrean cultures, as the word “Habesha” refers to the various ethnic groups within the countries. But Solomon said the club changed the name of the group to the East African Student Association in order to better represent other countries located in East Africa, such as Somalia, Sudan, South Sudan, Kenya, Uganda and Djibouti.

Bethel Zelalem, a fourth-year anthropology student and the former co-president of HSA, said the change allows the group to better represent the different ethnic groups of East Africa. In past years, the association only featured Ethiopian and Eritrean dances and fashion, and a local Ethiopian restaurant catered the event. Broadening their membership allows them to incorporate aspects of other cultures, such as the Somali food they will serve this year, Zelalem said. Though the club remains primarily Ethiopian and Eritrean, she said it wants to make people more aware of the other ethnic groups of East Africa.

Solomon said EASA only has students of Ethiopian, Eritrean, Somali, Sudanese, Kenyan and Ugandan descent, so the culture show will only feature dances from those countries. To include the other five nations, members of the club will ask trivia questions pertaining to the other nations, and their playlist will incorporate music from all 11 countries, she said.

Filmon Haile, a fourth-year biology student and EASA vice president, said coordinating the culture show taught him more about other East African countries. Having grown up in an Eritrean household, Haile said he was familiar with the dances and fashion from his culture, but participating in other cultures’ dances, like the Sudanese dance, gave him the opportunity to learn more about the other cultures that make up East Africa.

“It shows the diversity on campus and creates a space for people to come out and see their cultures reflected, which you don’t see every day at UCLA,” Haile said.

Zelalem said in Ethiopian dances, each type of dance tends to focus on moving a different body part. While the Tigrinya dances focus on neck movements, such as moving the neck from side to side and eskista focuses on bouncing shoulders and rolling shoulder blades, the Oromo dance from Ethiopia, Kenya and Somalia features constant jumping and tapping movements.

However, despite their distinct movements, many of the dances involve similar drumming patterns and melodies because of the nations’ physical proximity, Solomon said. East African dances all tend to focus on one aspect of the body, unlike West African dances, which express movement with the whole body. Many of the dances are also prevalent in multiple nations, so expanding the club to include other East African nations has helped highlight the overlap found in many cultures, Solomon added.

“The nature of Africa means that there’s a lot of lines that were created to split different groups apart,” Solomon said. “We’re unifying while also still showing the diversity.”