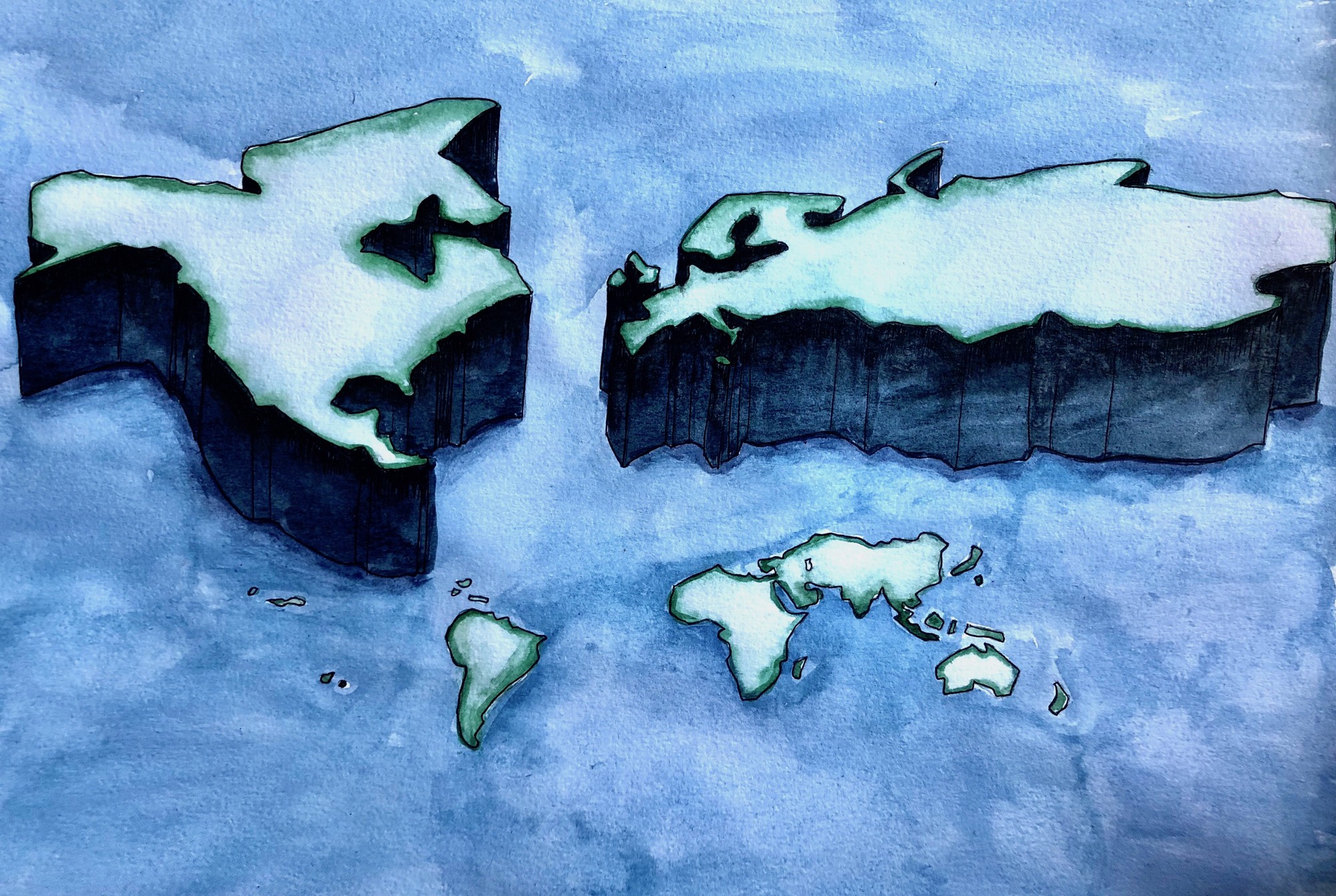 The “Middle East” is ever-present in the news. We hear it in mainstream media. Our elected representatives toss the phrase around. Universities even use the phrase when naming their academic departments.

There’s just one question: middle east of what?

The countries that are included in the region have alternated throughout history and continue to change depending on political affairs, and even personal opinions. According to the National Geographic style manual, there is no precise definition that outlines what constitutes the “Middle East.”

Before the term “Middle East” became a normal part of our vocabulary, people referred to the region as the “Near East.” Academics continue to do so when researching the ancient history of the region. For example, UCLA’s department of Near Eastern languages and cultures offers a middle eastern studies major, but UCLA also has a Center for Near Eastern Studies whose mission is to “train undergraduate, graduate, and professional specialists on the Middle East, North Africa and the Islamic world.”

The wide and mixed usage of those two terms has made them historically significant to how academics study the history, cultures and societies of the region. But they fall short of accurately representing the geographic area.

The term “Middle East” is unclear in its definition, and therefore misinforms how students study and view the region. It doesn’t highlight how Southwest Asia and North Africa have contributed to and been influenced by the world. The term “Middle East” also perpetuates the colonialist ideologies that created the term in the first place, reinforcing harmful stereotypes that the region is uncivilized and backward by emphasizing it as a separate geographic area that isn’t well-connected with the nations around it or even the rest of the world.

The terminology currently used to describe Southwest Asia and the North African regions can be traced to European colonialist ideologies. Pouneh Behin, one of the co-founders and leaders of Southwest Asian and North Afrikan in Los Angeles, an advocacy group for local and global SWANA communities, said the term “Middle East” is used to describe the region’s geographic relation to Europe.

“Instead of using … terminology like ‘Southwest Asia,’ (colonialists) used ‘Middle East’ because they were also involved in imperial campaigns,” Behin said.

Referencing the region in Eurocentric terms like “Middle East” or “Near East” allows it to seem distanced from the world stage, said Michael Cooperson, a professor of Near Eastern languages and cultures.

“It makes it seem as if the region is isolated from everything around it – that it’s different and special,” Cooperson said. “But if you call it Southwest Asia, then you realize it’s part of Asia and it’s connected to other things.”

The confusion between the terms “Near East” and “Middle East” also affects how those regions are studied in politics and history.

It’s difficult to understand what the Middle East and ancient Near East are, especially when the words “Middle East” is used in modern politics while “Near East” is used for ancient scholarship, said Kara Cooney, an associate professor of Egyptian art and architecture.

Katherine Alvarado, a UCLA spokesperson, said in a statement that UCLA has two differently named entities because the Center for Near Eastern Studies is run by the International Institute, while the department of Near Eastern languages and cultures is part of the College of Letters and Science.

But by continuing to use terms like “Middle East” and “Near East,” UCLA is representing the region through an outdated and Eurocentric lens.

Using the term “Southwest Asia and North Africa” would allow students to have a more comprehensive understanding of the region and challenge the Orientalist and postcolonial systems that reinforce the notion of the “barbaric Middle East.” Renaming the departments would establish that the region is a part of Asia, and therefore, the world. Changing how we refer to the region would also aid students from the regions by challenging the harmful stereotypes that exoticize and misappropriate their cultures.

And some academics in the field would welcome this change. Cooney, for example, said she is open to the idea of using the term “Southwest Asia and North Africa,” and thinks it may help to redefine our stereotypical ideas of the region.

Alvarado said the terms “Middle East” and “Near East” are geographic terms. Perhaps this is the justification for why UCLA has yet to change the names of these departments.

But that’s a geography defined by Europe’s perspective, not by those who inhabit or have roots in those regions.

Southwest Asia and North Africa are not as separate from the world as the term “Middle East” has us believe. Academia needs to acknowledge how this region plays an important historical and cultural role, not distance it from the rest of the world.