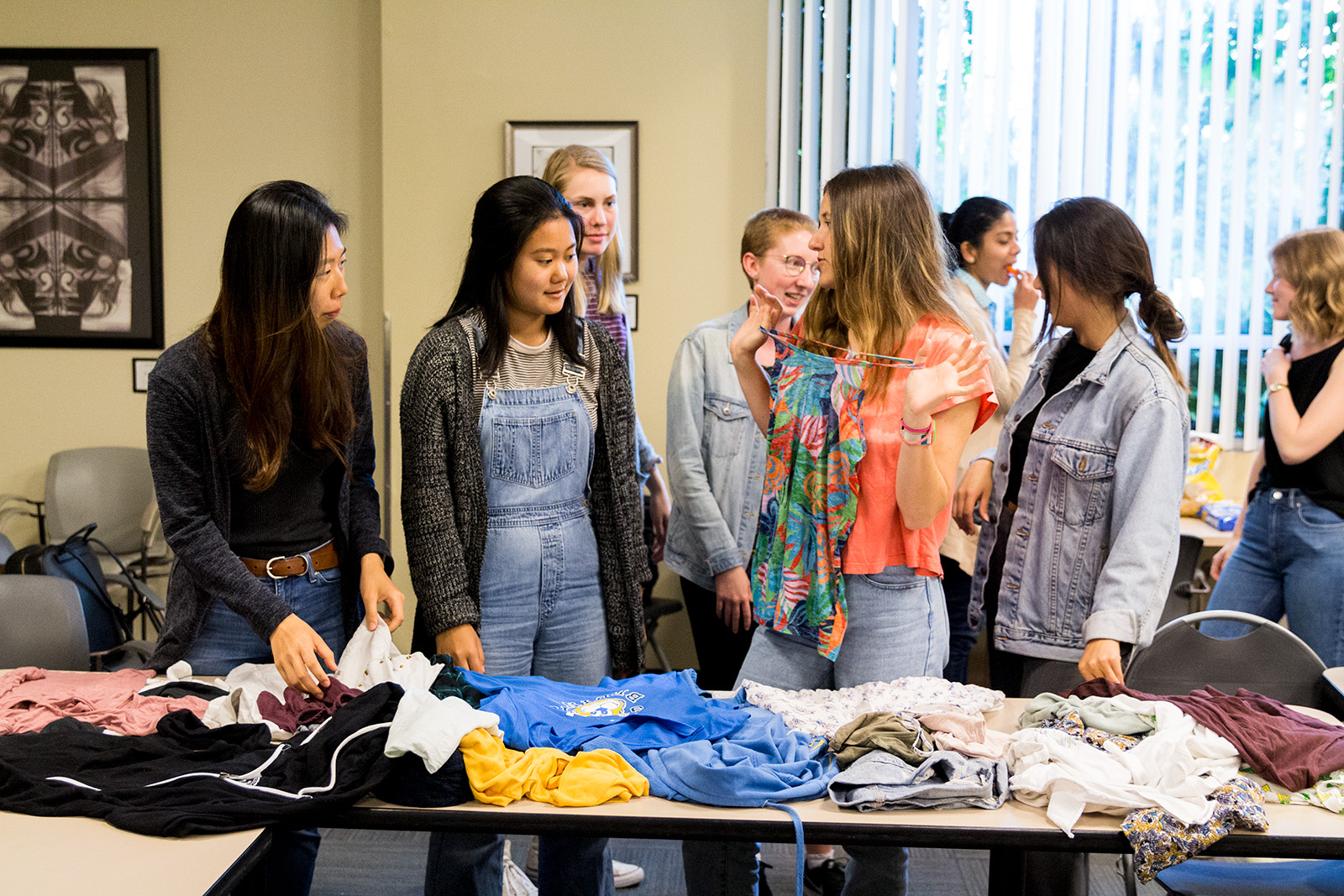 Grace Reynolds created Unravel at UCLA with the goal of unraveling misconceptions about fashion production.

The fourth-year economics and global studies student organized the club at the beginning of spring quarter, branching off from a sustainable clothing campaign in E3, an environmental sustainability club on campus. Reynolds wanted to build a community of people who share a passion for educating others about sustainable fashion and the environmental and social issues that lie beneath the surface of popular fashion brands.

“Sustainable fashion is not disposable fashion,” Reynolds said. “(It) is something that can be worn again and again.”

Although Unravel has only met twice, the club plans to hold meetings every other week this quarter, she said. The meetings will focus on networking for sustainable fashion career opportunities, thrifting socials, documentary screenings and educational workshops on topics such as how to maintain clothes.

“We’re really not trying to vilify any fashion brands or make people feel bad about their spending habits,” Reynolds said. “We just want to show people that there are other options … and once people see that, hopefully they’ll move to more sustainable fashion choices.”

Growing up, Reynolds said her walk-in closet was overflowing with clothing from brands such as Forever 21, which she only wore a couple times before throwing them away. But after learning of the 2013 Rana Plaza collapse, she began looking at her own spending habits and decided to make a change.

“Seeing that, I was like ‘Oh my God – I am the problem,'” Reynolds said. “So many people died or were injured because I just wanted cheap things to wear once.”

Vice President Isabel Schulte, a first-year chemistry and neuroscience student, said sustainable fashion can also minimize the industry’s environmental impact through various production methods, including organic cotton production, cutting down water usage and repurposing clothes. She first started to think about sustainable fashion in fifth and sixth grade when she grew out of her purple cowboy boots, lime green tights, and pink and black ombre tutu, and her mom suggested she donate her old clothes.

Switching over to sustainable fashion choices was not very difficult for Schulte, who said she could spend hours in thrift stores. Apart from using on-campus resources such as clothing swaps to get clothes, Schulte said she usually goes to Buffalo Exchange in Santa Monica.

“I grew up in Portland and the main idea there is to be as quirky as possible,” Schulte said. “I really enjoy thrift shopping a lot … and I’ve always seen it as a place where I could get stuff that nobody else has.”

Member Tory Coffin, a second-year geography and environmental science student, switched to sustainable fashion in high school after learning about how unsustainable the fashion industry was in her AP environmental science class. Coffin said she found thrift shopping difficult at first because the overwhelming selection of used clothes required a lot more time and patience to look through. But now, she and her best friend often compete with one another to see who can find the best clothing items first – her favorite find is a pair of colorful, floral embroidered jeans for just $4 at a thrift store in Ventura.

Schulte said Unravel encourages achievable goals, such as donating old clothes, giving them to friends or using them around the house as dish towels and rags. In the future, Schulte hopes Unravel will be able to talk to UCLA about producing the university’s clothing line more sustainably, she said.

Reynolds said one of the reasons people don’t make more sustainable fashion choices is because they are not aware that the issue exists. She hopes Unravel will inspire people to think about their spending habits and realize they can do something to mitigate the environmental impact of the fashion industry.

“It really affects everybody,” Schulte said. “There isn’t anybody living in our school, on our campus, in our world that isn’t somehow affected by the garment industry, by the effects of fashion.”