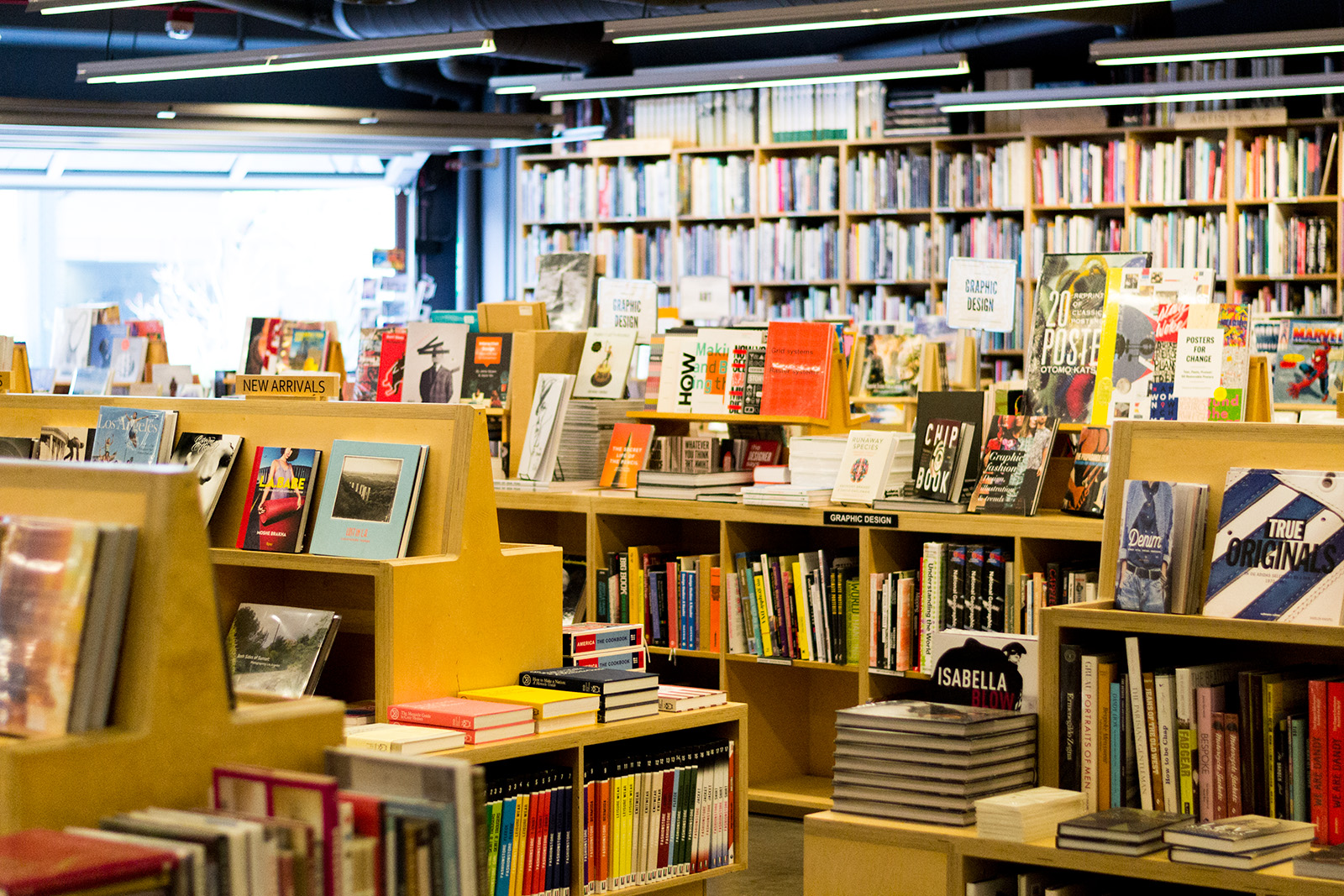 Los Angeles is home to a multitude of specialized bookstores, from those oriented towards horror and mysteries to others with more practical focuses, like cookbooks. Follow columnist Clea Wurster as she explores the many niche literary interests the city accommodates.

Had it not been for its proximity to the Southern California Institute of Architecture, I may have turned right around and continued my search.

The shopping center was modernistic and felt fabricated, creating an eerie weight to the air around me as I pushed on toward the bookstore. At 10 a.m. on a Thursday, most patrons of the arts aren’t leisurely snooping around bookshelves, so I was almost entirely alone in the shopping centre as Muzak played over the speakers. I half-expected the plot of a horror movie to unfold, but luckily I made it to the store without any trouble.

Hennessey + Ingalls’ exterior was minimalist and chic, with a pulled-up garage door and a sleek rectangular metal sign featuring block-letter cutouts. From the sidewalk, I could see the entirety of the store and was drawn in toward the light wooden shelves.

Within the shop, it was apparent the design-centric theme of the literature also inspired the layout of the store. The shelving was about waist-height, which abated the claustrophobia some other, cozier bookstores can elicit. I could see all the section labels and was able to mill around without ever feeling lost or missing a book I might have wanted to see.

The books were categorized under diverse labels including photography, architecture, music and graphic design. However, more niche areas such as “eco-architecture” and “transportation” added a bit of intrigue to the shelves. In the back there was a large room that contained out-of-print items.

There were many large coffee table books with beautiful images and glossy pages. Luckily, numerous flat surfaces atop the shelves allowed me to put the heavy books down and browse their pages.

The only drawback to the open, spacious shelving layout was how near the ground some of the titles were. However, being forced to crouch was only a minor inconvenience and because the aisles were so wide, it encouraged a bit of sitting and perusing. Curling up on the floor at a bookstore is really the proper way to browse anyway, and the feature seemed like a purposeful design choice.

The books displayed on each shelf were incredibly eye-catching, many of them featuring soft pastel colors and clean-cut modular designs. I browsed for much longer than I spent in other, smaller stores not only because the selection was overwhelmingly large, but because all the books were inviting.

In the photography section, I found an incredible book entitled “Hibi” by Masahisa Fukase. As I thumbed through the pages, I was impressed by the detailed photographs of street cracks and fissures, often overlaid with vivid water coloring. I was enamored with the images and decided to see if I could purchase it, but it was priced at $60, which was beyond budget for a student like me.

I grudgingly returned the book to its space among the display items and kept looking. Under the category “photo theory” I picked up a book with photographs of laundromats in New York, featuring bright reds and yellows. I looked through other sections, stopping on a neon-colored book about film posters in India and another with the clever title, “I Used to be a Design Student.” But the space I spent the most time in was the expansive architecture section.

Some of the architectural subtopics were geographically oriented and others centered solely on materials such as concrete. My favorite section of the store by far was the one containing old, backdated architectural journals. They lined about three shelves that bordered the edge of the store and extended toward the ceiling. I found one entitled “Log” that focused on phenomenology, a philosophical school of thought.

The pastel pink of the cover and the mention of Edmund Husserl, a German philosopher whose work I recently read, urged me to pick it up and browse. After deciding that the journal was the perfect mix of my interests in philosophy and design, I checked the price. This time it was within budget at $15 and I made my way to the counter to purchase it.

Once there, I realized I had missed all of the kitschy items like gift cards, maps of Los Angeles and Moleskine notebooks. The notebooks and other knickknacks were nearly as aesthetically pleasing as the store itself and I had to talk myself out of spending all of my money on nice pencils and sketch pads.

Hennessey + Ingalls, despite its uninviting location, was a testament to how incredible the Los Angeles arts scene is. I left with the immediate desire to switch majors and begin exploring my more creative side. Realistically, it’s much more likely I will frequent the shop in hopes that I gain the same respect for simple beauty that pervades the store.