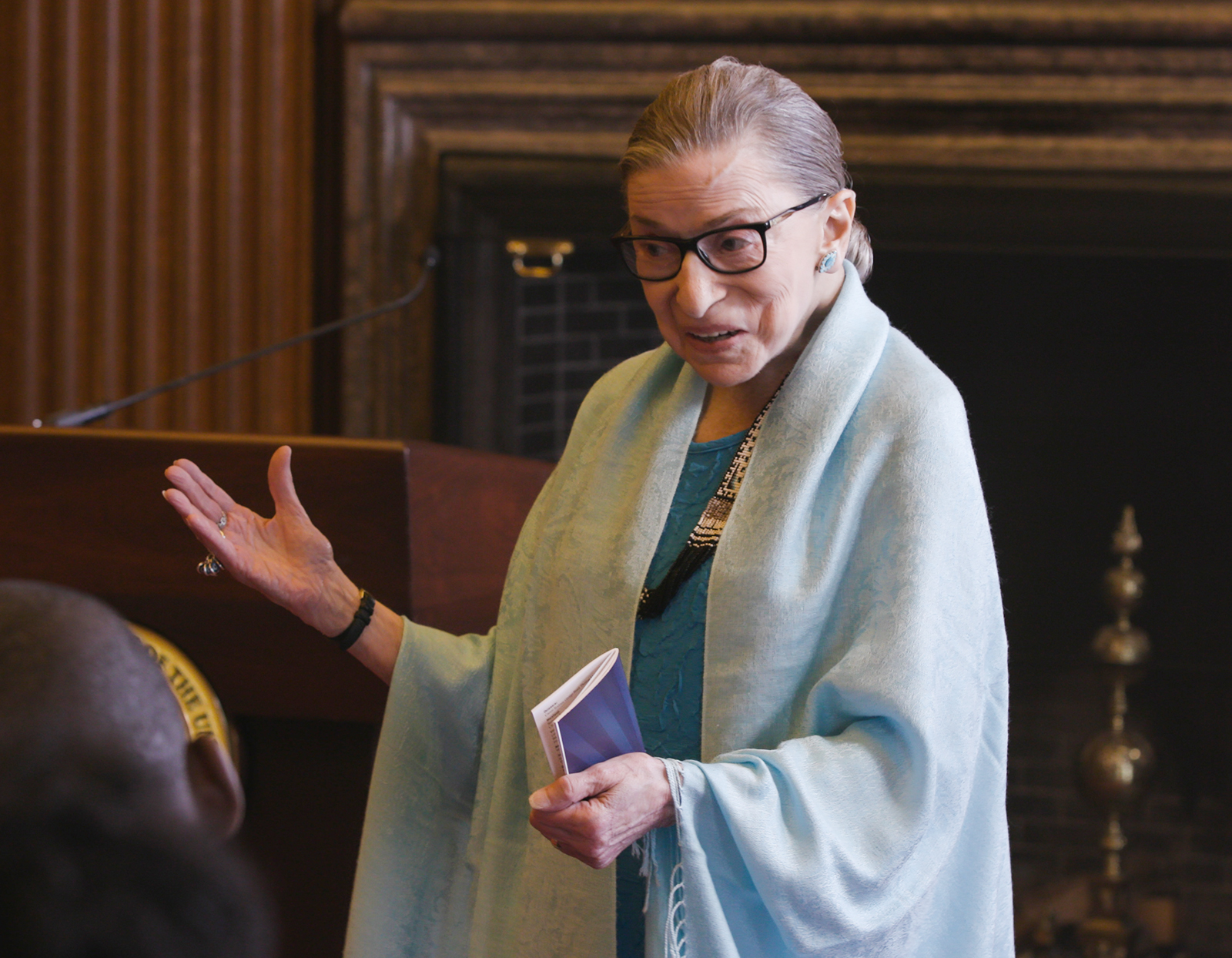 Supreme Court Justice Ruth Bader Ginsburg has seen nearly a century’s worth of American political and legal shifts – much of which she brought about herself.

It’s really no wonder that she’s become such an admired figure in American society, and now there’s a documentary to further celebrate her accomplishments. Directed by Julie Cohen and Betsy West, “RBG” is a fascinating and humanizing glimpse into the life of a true American icon. While the documentary gets a bit silly at times, its overall effect is quite moving, giving audience members an in-depth look at the life of a woman who’s generally only seen in the courthouse.

The film opens with a montage of recognizable Washington, D.C., scenery, overlaid with vibrant classical music. As the scene progresses, a series of audio clips plays, with pundits talking derogatorily of Ginsburg for being “un-American” and overtly left-wing. Although it’s by no means a revolutionary opening scene, it does help lay out the documentary’s overall thesis: Ginsburg is more than just a political figure. She’s a cultural icon, and a controversial one at that.

Immediately afterward, the documentary dives straight into another montage, this time with clips of Ginsburg working out in a purple shirt emblazoned with the phrase “SUPER DIVA!” with the upbeat R&B song “The Bullpen” by Dessa playing in the background. The scene lays the foundation for the second major aspect of the film: It is unapologetically cheesy at times. The cheesiness does not, however, detract from the film’s educational impact and instead creates a pleasant juxtaposition between Ginsburg’s professional and personal life.

As the film begins to explore Ginsburg’s life story, it begins to feel like a cliche “rags-to-riches” type of story, starting with Ginsburg discussing her less privileged upbringing in Brooklyn and her experiences as a young woman studying at a series of Ivy League colleges – Cornell, Harvard and Columbia.

However, the documentary goes beyond Ginsburg’s academic successes, and also explores the extreme degree of sexism she faced as she entered her professional life. By highlighting her struggle to gain recognition from her peers and find employment in law firms, the film helps audience members contextualize and understand the sheer weight of her impressive accomplishments.

One of the most enlightening moments in the film takes place when Ginsburg’s granddaughter, Clara Spera, is showing her pictures of her graduation from Harvard Law School. Spera mentions that her graduating class is the first class to have a 50-50 ratio of men to women.

To put that number into perspective, the film notes that Ginsburg was one of nine women in a class of about 500 when she was studying at Harvard. Ginsburg’s somber and quiet reaction to Spera’s comment showcases a more emotional side of the judge.

However, “RBG” provides more depth than a mere discussion of her path to cultural and political significance. The documentary includes a huge range of sources, from women’s rights activist Gloria Steinem to Ginsburg’s own family members, who help characterize her in an empathetic manner.

Throughout the film, Ginsburg and the various other commentators mention that she has a sort of reserved and almost stern character about her. Some of the tackier humor throughout the film – such as the workout montages or the “Notorious RBG: The Life and Times of Ruth Bader Ginsburg” meme references – add a layer of humor that would likely not be present otherwise.

The sources, some of whom do not necessarily agree with Ginsburg’s judicial actions, help bolster the film’s attempts at humanizing a somewhat enigmatic figure in American politics. In allowing so many different people to speak about Ginsburg’s character, the documentary gives the audience a well-rounded and fairly balanced understanding of her life.

“RBG” encourages audience members to think more critically about the humanity of the nation’s political and historical figures, a fact that is really quite spectacular in a society that often ignores the humanity of cultural figures. While the film is a tad bit self-indulgent in its occasionally tacky humor, “RBG” is a truly engaging and thought-provoking film.