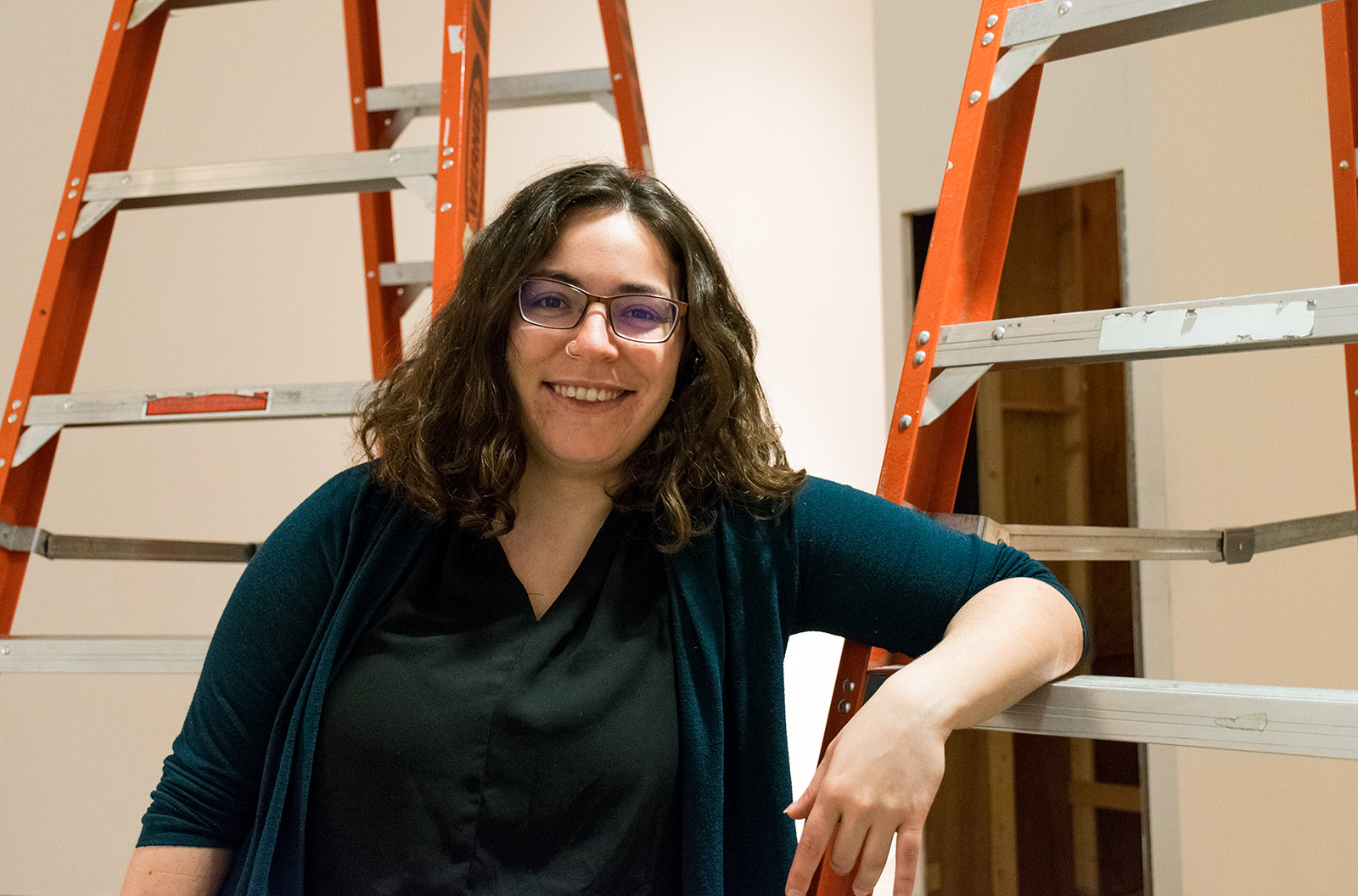 Kit Kirby faced a dilemma while opening her own solo exhibition: She is uncomfortable with gallery spaces.

The graduate student in design media arts said she thinks some people see art galleries as a way to sell artwork, which is a misconception since most pieces are already owned by a museum or art collector. Exhibitions are not about sales, but about increasing the value of a piece by putting it on display in as many shows as possible, she said.

Kirby confronted her discomfort while creating pieces for her upcoming exhibition, “Art Troll,” which will take place Tuesday through Thursday at the Broad Art Center’s graduate gallery. Kirby said the exhibit will feature visual art pieces that explore artistic merit in relation to material.

“It’s really strange because you think nothing would end up in a gallery unless it’s really good, and that’s not necessarily true,” Kirby said. “Craft doesn’t necessarily have anything to do with value.”

Kirby said her body of work explores institutional inequality within the art world, which manifests in who is considered a fine artist. Specifically, Kirby said she is interested in how inequality in art is historically codified in materials and galleries.

Certain materials, like oil or watercolor paint, are widely accepted as legitimate mediums to create fine art. However, she said materials like fabric paint are considered lower artistic mediums within the art industry. Kirby said artists who use nontraditional materials are often held to a stricter standard by art educators and gallerists and must demonstrate a higher mastery of their craft to justify the material’s usage, especially if the artist is female.

Kirby said she seeks to change the way the public views fine art. She purposefully selected materials not typically found in galleries, such as glitter paint, along with traditionally accepted materials that can be manipulated in an unusual way, such as clay, to convey her message.

“I’m going to find some way to always fight with materials and make these materials not only accepted, but art-historically considered important and valuable,” Kirby said.

One of Kirby’s pieces, “Mind Your Craft,” uses bright orange Kraft Mac and Cheese to spell out the words “MIND YOUR CRAFT” on canvas. In creating the piece, she said she wanted to focus on how artists who use craft materials need to be especially mindful in creating their work. Evan Daniel, a digital media artist and Kirby’s partner, said “Mind Your Craft” is more meaningful than a simple play on words about Kraft Mac and Cheese because Kirby’s work questions what art institutions view as legitimate.

“While it’s tongue-in-cheek, it’s certainly an example of someone presenting what’s traditionally thought of as a devalued craft tradition and bringing it into a gallery context,” Daniel said.

Daniel said artists should challenge the public’s pre-conceived notions of art more often, something Kirby attempts to do with her own work. Artists like Kirby enrich the art world by creating a more thoughtful and progressive approach to art through questioning tradition, he said.

“Kirby has this brilliant ability to be straightforward and direct about what she’s talking about, and at the same time, she’s addressing it in a humorous way,” Daniel said.

While enjoying the exhibit, Kirby said she is going to dress as a male artist because women typically face difficulties in getting their work legitimized if they use craft materials.

Design media arts initially faced the same prejudices as craft art when it was first conceived, in that it was devalued because artists created the artwork with computers and not by hand, Kirby said. If society can accept technology as a fine arts medium, more people will be inclined to engage with art because more people may enjoy it, she said.

“People go to fine art museums and they feel like they have to have a certain level of knowledge to be engaged with the work, and that really upsets me because that’s not what art should be,” Kirby said. “You should not have to jump over a hurdle to get to art.”