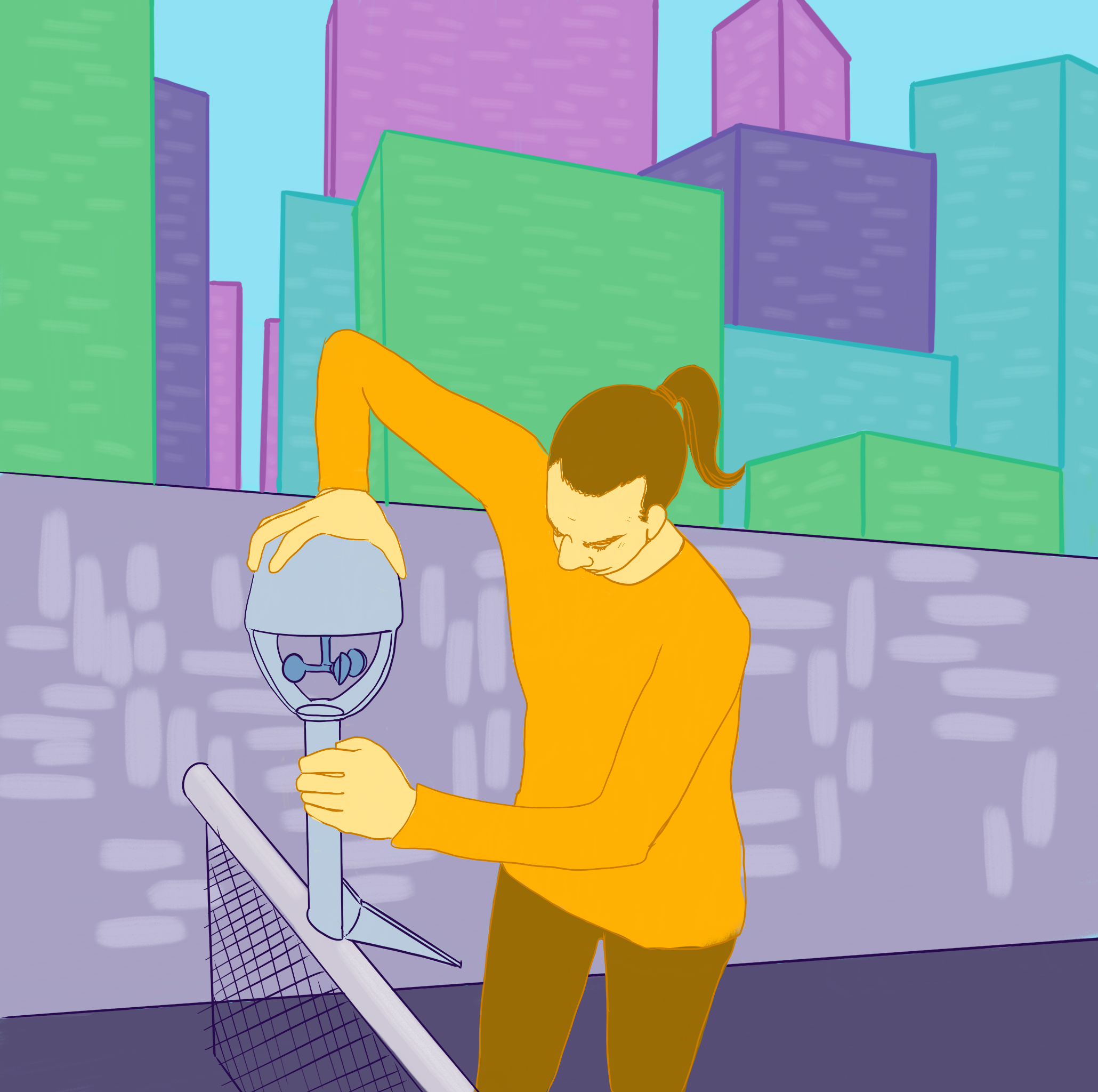 Lee Tusman and Campbell Watson will turn a snowstorm into electronic music at their upcoming performance.

Tusman and Watson will perform Saturday evening at the Ace Hotel in New York City. Tusman, a UCLA alumnus and new media artist, has teamed up with Watson, an atmospheric scientist, to create an improvised musical performance based on three months of data recorded from a rooftop weather station named Helen.

“What I feel when I’m making this music, this sound, is I feel a real liberation from the concrete restriction that is data,” Watson said. “I find data is so fixed, that often I feel kind of trapped by what I can do with it.”

Watson installed a weather station on the roof of the Ace Hotel in November 2017 to record weather patterns in the New York City area. Ben Sisto, a marketing manager at the Ace Hotel, said he named the station Helen after the actress Helen Hunt, who played Dr. Jo Harding in the movie “Twister.”

Saturday evening is the group’s first performance at the Ace Hotel using Helen, but the pair has performed two similar shows using other weather stations, Sisto said. One of their past performances included weather data recorded by more than 20 weather stations across Puerto Rico in the lead up to Hurricane Maria, Watson said.

Tusman and Watson will translate storm data into musical notes and code during the performance to create improvised music. Tusman said the pair will project their weather data, observations of various weather patterns and code from their laptops onto a screen for the audience to watch.

During the performance, they will condense the data by mapping the full time of a weather event, such as a storm, onto a shorter time period using data points, such as wind speed.

Tusman said they will then assign each data point a note, which they can adjust via its pitch, length or other attributes. For example, each unit of increasing wind speed could be translated to a certain pitch to create the effect of rising and falling note patterns. If the wind strengthens, Watson said they might choose to make the sound crunchy or distorted to emphasize the sensation of the wind.

Tusman said he and Watson decided to create the performance to present Watson’s research on the weather. Watson said he appreciates how he can work with the data without the scientific community’s restrictions or notions of what data should look like.

“With this music, there’s no rules,” he said. “I can do anything I want, so I’m responding (to) and governed by how I feel when I’m listening to it.”

Watson said they plan to incorporate data from the Bomb Cyclone that hit New York in early January, which covered the area in snow. The cyclone preceded the polar vortex, which brought freezing temperatures to the city.

Because the music is improvised based on the recent data, Watson and Tusman are not entirely sure what it will sound like during the performance, but the two said they expect dramatic sounds. The performance will have strong notes that reflect the abrupt temperature drop in January with a potential finale using data from the landfall of the Bomb Cyclone.