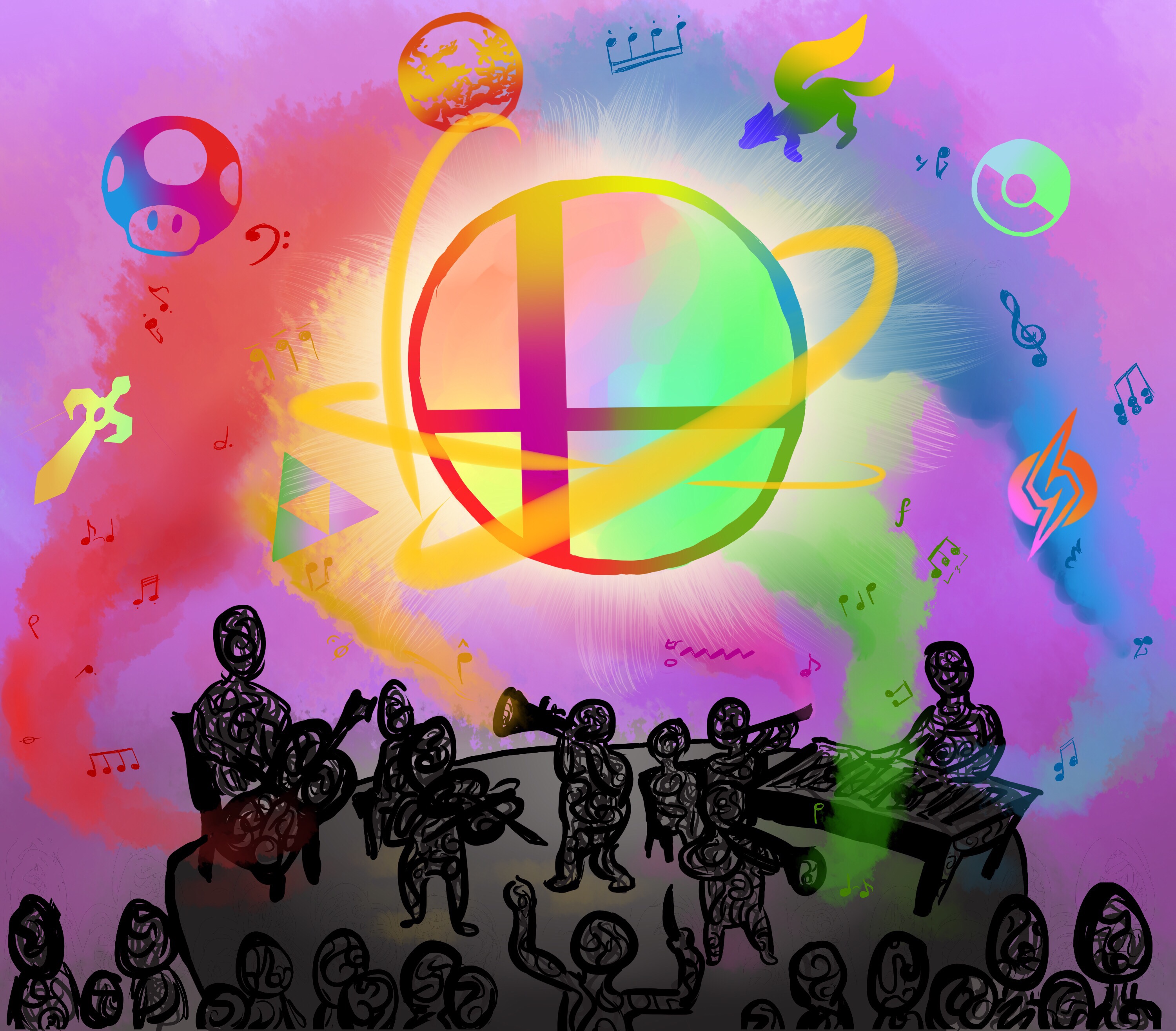 The Game Music Ensemble at UCLA wanted percussive cannons for their “Super Smash Bros.” concert, but the fire marshal wouldn’t allow it.

Instead, the ensemble opted for a giant hammer.

On Saturday evening, the ensemble will slam the hammer down while performing songs from the popular Nintendo series “Super Smash Bros.” in Ackerman Grand Ballroom. The retro characters and songs in “Super Smash Bros.” will lend the concert a nostalgic and sentimental tone, said UCLA alumnus Adam Gilberti.

“(Game music) is part of the canon of our culture,” Gilberti said. “Who doesn’t know the (“Legend of Zelda”) theme?”

When alumnus Jose Daniel Ruiz and Gilberti first began planning the upcoming concert, they decided to go back to the roots of video game music to explore the history behind the music their ensemble was created for. Spanning four games and nearly two decades, “Super Smash Bros.” features 58 characters and music from their respective games, many of which GME will recreate with a full orchestra, choir and rock band in their 13-piece set list.

“There’s not only a lot of people still actively playing this game,” Ruiz said. “It’s almost like the repository for all things Nintendo, all things retro.”

Gilberti first worked with the games’ music when arranging a 15-minute medley of songs for the Phi Mu Alpha music fraternity. The arrangement featured tunes from early “Super Mario Bros.” and “Legend of Zelda” games, which he then repurposed and expanded for GME’s upcoming concert.

To replicate some of the stranger sounds from the music of “Super Smash Bros.,” GME employs a variety of rare or nontraditional instruments, including a glass xylophone and a rusty brake drum. Also rounding out the orchestra is a slide whistle, a duck call, an acme siren and an ocarina, an ancient wind instrument used throughout the game “The Legend of Zelda: Ocarina of Time.”

May Claire La Plante, co-founder and choir director of GME, also taught the choir to use a technique called overtone singing that allows one person to sing two notes at the same time. The technique, used on a choir-only song from the “Final Fantasy” series, allows for a more atmospheric sound and contrasts tonally with the rest of the concert, said La Plante, a UCLA alumna.

La Plante, whose favorite in-game fighter is Peach, said “Super Smash Bros.” is a compelling theme for the concert because it contains many different types of songs within one game. The orchestra set list will range from the digital sounds of “Super Mario” to the more complex, regal sounds of “Fire Emblem.”

A lot of the song requests from members of the ensemble were already a part of the “Super Smash Bros.” canon, so Ruiz said the theme was a sensible choice for the concert. Ruiz, whose favorite characters to play are Roy and Ike from the “Fire Emblem” series, said playing the characters in different “Super Smash Bros.” games is one of the reasons he enjoyed composing the regal and warlike “Fire Emblem” songs featured in the concert.

Gilberti, a devoted Link fan, said he grew up with the original “Super Mario Bros.” and “Legend of Zelda” games, so the songs bring back memories of his childhood. As a child, Gilberti said he often played “Legend of Zelda” and “Super Mario Bros.” all day with his mom while eating freshly baked fish sticks straight out of the oven. The fond memories served as part of Gilberti’s inspiration for his arrangements inspired by the games.

George Valverde, a fourth-year mathematics student and timpani player for GME, said the music of “Super Smash Bros.” reminds him of past fights against friends or the computer. Valverde, an avid Mario player, said the level layout of Kirby’s Dream Land always set the stage for a particularly difficult battle. So when rehearsing the theme from Kirby’s Dream Land in GME, Valverde said he instinctively experiences the same tension from the seemingly impossible fights.

Video game music allows the members of GME to perform recognizable and new music, Gilberti said, instead of the traditional dogmatic teaching some music programs may embrace. La Plante said music like that of “Super Smash Bros.” provides a gateway into the musical world for nonmusic majors who want to come together and recreate something they love.

“Bringing together all of these different characters is … reflective of what our mission is,” La Plante said. “We want to bring people from all over the campus who share this love for games.”