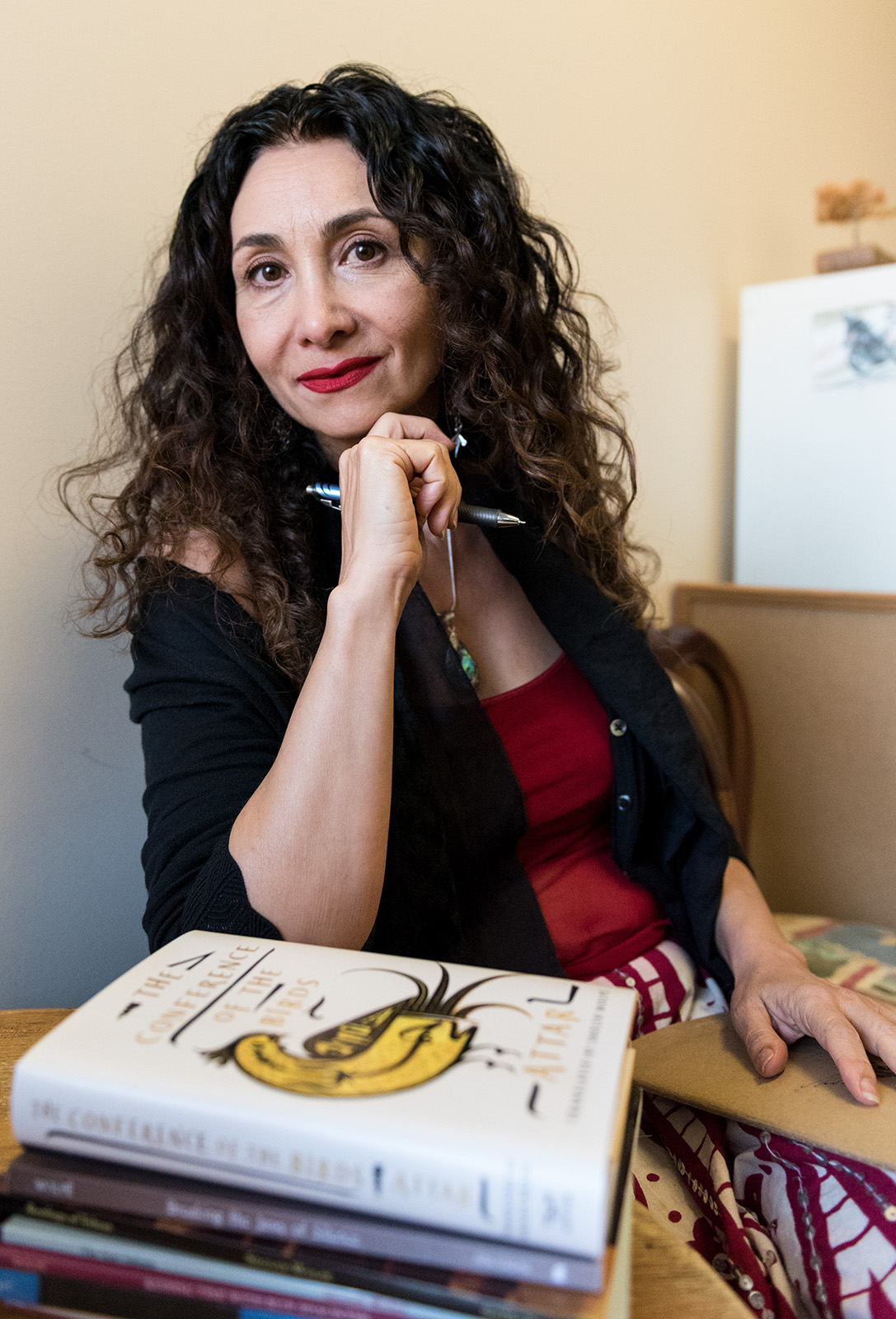 Sholeh Wolpé, UCLA’s inaugural writer in residence, has translated the works of several Iranian poets. She said the process requires translators to maintain not only the meaning of a piece’s words but also the author’s intended message. (Axel Lopez/Daily Bruin)

Sholeh Wolpé said translating poetry is like the sky’s reflection in the sea – similar, but never exact.

The process of transferring a poem from one language to another requires more than just direct translation, UCLA’s inaugural author-in-residence said. She must retain the poetic integrity of the original work.

In translating the works of Iranian poets, such as Forough Farrokhzad and Attar of Nishapur, Wolpé said she hopes to bring an aspect of Iranian culture to an English-speaking audience.

Wolpé selects the works she wants to translate from poets or writers she strongly admires and spends hours interpreting a poem’s meaning and rhythm. Once she completes a direct translation of a poem, she begins recreating by trying to reconstruct the author’s intended message, a process that focuses more on the poem’s poetic devices rather than its literal meaning.

“I don’t like the word translation for poetry, because I believe you could murder a poem in the process of taking it from one language and bringing it to another,” Wolpé said.

When translating the poetry collection “The Conference of the Birds” by Iranian poet Attar of Nishapur, Wolpé spent a year trying to understand each poem’s original meaning. She worked with one computer screen opened to her translation, two screens with research about the poem and a book with the original Persian text. She then spent another year and a half recreating the collection, aiming to construct a piece that could match the literary merit of the original text while also making its material more accessible to an English-speaking audience.

Wolpé said she believes poetry should be translated by poets, as they understand the need to preserve the poetic nature of each piece. When translating Farrokhzad’s work, Wolpé said she came across an original phrase in Persian that the poet had created herself. Though the phrase translated to “may you be green from head to toe,” it was actually another way of saying “may you prosper.” Wolpé kept the figurative meaning intact by translating the phrase word-for-word instead of conforming to a conventional English saying.

Fred D’Aguiar, the director of the creative writing program at UCLA, said preserving the original meaning of a text can be difficult because words in one language often lack an exact equivalent in another. Poets who work with translations have to consider a work’s intended meaning and maintain the original tone of the piece, D’Aguiar said.

“When you cut to the bone and marrow of another text, you learn the mechanics of it, and you understand this is how it works, this is what makes it so powerful,” Wolpé said.

Tony Barnstone, an English language and literature professor at Whittier College and Wolpé’s friend, said every line of a poem is a problem that requires a solution. Translating each line also helps translators grow as writers – they have to question how every word pertains to the larger piece. Barnstone said Wolpé’s writing became richer in dreamlike and emotional imagery after she began translating.

Wolpé said immersing herself in the work of poets such as Farrokhzad had a significant effect on her writing. Growing up in Iran with traditional parents made it difficult to disclose her personal life in her writing, she said. But Farrokhzad helped open the gates for women to express themselves unabashedly, inspiring her to write the intensely personal poems found in her book “Keeping Time with Blue Hyacinths.”

Wolpé added most Americans only hear about Iran in the context of extremists and revolutions, but by translating the literature of her people, she can make the world more aware of Iranian culture, she said.

“I believe that cultures and people should dialogue through literature and the arts, and not through politicians,” Wolpé said. “I feel that when I translate our literature, people begin to understand the soul of the Iranian people.”