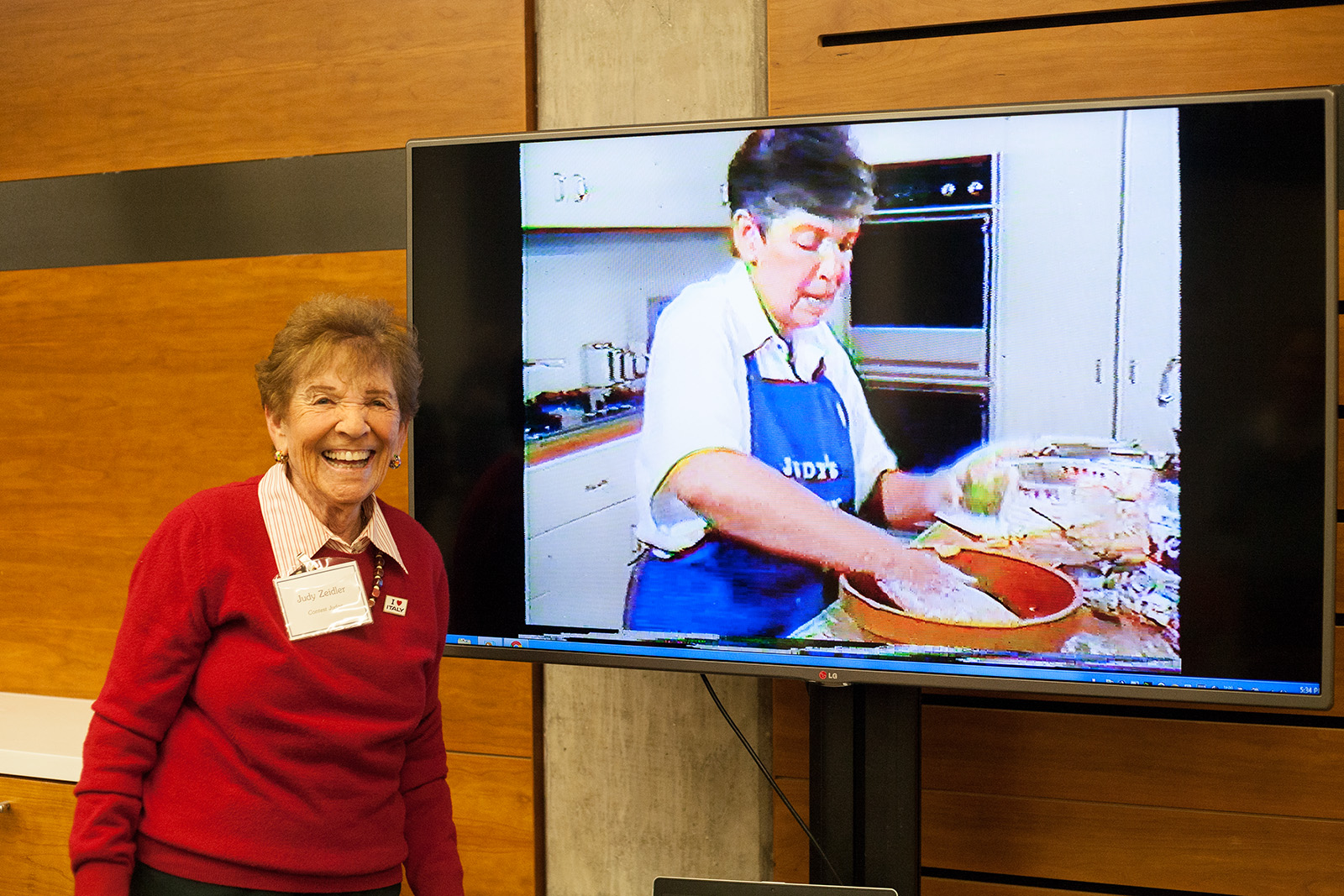 Tuesday’s event, organized by Powell Library and the UCLA Alan D. Leve Center for Jewish Studies, was open to dishes from both students and faculty, spanning seven different categories. Cookbook author Faye Levy helped judge the contest alongside Lori Keir, a member of the community advisory board at the Alan D. Leve Center; Darion Ouliguian, a second-year linguistics student and the president of the center’s student leadership council; and Judy Zeidler, a well-known Jewish chef.

The contest and the exhibit were part of a larger, yearlong celebration of Jewish culture and its expression through food, said Dawn Seltzer, who helped to curate the exhibit and organize the contest. The event also accompanied the Jewish cookbook exhibit at the Young Research Library, which will run until March 29.

“The objective of (the contest) is to make Jewish-inspired small plates. Jewish food can basically be from anywhere in the world because Jewish culture is found everywhere,” Ouliguian said.

Entrants were asked to submit a small Jewish-inspired dish from anywhere in the world alongside the recipe they used to prepare it. Contestants tweaked family recipes or combined several techniques from Jewish cookbooks to create the various plates that filled the conference room with savory and sweet scents.

The contest was intended to showcase how Jewish culture has moved around the world and incorporated its own traditions into various types of foods, said Max Daniels, a graduate student who helped to organize the event.

The categories of dishes, inspired by the cookbook exhibit in the library, ranged from regional to conceptual and included dessert, Jewish Shabbat, international European, international non-European and Middle Eastern. Other categories were less specific to location and described the food itself, such as “most healthy” and “audience favorite.”

Various scents of chocolate, pastry and rich meats wafted to the center of the room from the tables which displayed the dishes. As contestants shared their entries, they chatted about the stories behind their dishes with audience members and judges alike, referring to the typed recipes that accompanied the displays of food.

Melody Chen, a fifth-year Asian American studies student, baked a rugelach using a raspberry preserve and hazelnut to create a subtle sweet layer between the folds of flaky dough. Rugelach is a traditionally sweet, breaded pastry that usually combines currants, dates and nuts. However, modern twists on the classic Jewish pastry, like Chen’s, sometimes include chocolate or jam instead, which led Chen to victory in the dessert category.

Graduate student Ryland Lu won the international European category with his kasha varnishkes dish, a pasta made with farfalle noodles and granulated buckwheat combined with schmaltz, a chicken fat. He said the dish is a comfort food that his family, originally from Poland and Russia, had traditionally prepared.

Graduate student Amy Karroll submitted her babka dish, a cake she tried while working in Israel. Her version featured a braided pastry with a chocolate paste brushed onto the rolled-out dough before baking. She said her family does have a recipe for the dessert, but she derived her submission from a cookbook, which sat alongside her chocolate babka. Her rendition of the Jewish dessert won the audience favorite category.

Other dishes that received recognition in their categories included gluten-free apple muffins as well as lamb with prunes, a dish from Morocco with savory notes complemented by sweet hints of the dried fruits. Sharon Benamou, who prepared the lamb, was seated behind three cookbooks, which were all written in different languages. Since Benamou couldn’t find an exact recipe for the lamb she usually cooks at home, she brought along several cookbooks that all featured various techniques used in her dish.

Cookbooks were a central part of the event as every contestant had to provide some sort of citation for their recipe, which helped highlight the accompanying cookbook exhibit. Seltzer said the process of selecting the exhibit’s cookbooks was a joint effort by members at the Alan D. Leve Center and curators at the library. However, just like judging the food, deciding on which cookbooks to include was difficult because they all showcased delicious foods.

“I really liked hearing the students and staff who submitted entries talk about their recipes. It was a very thoughtful decision, what they chose to make,” Seltzer said. “And they seemed really engaged by the idea of food as expression.”