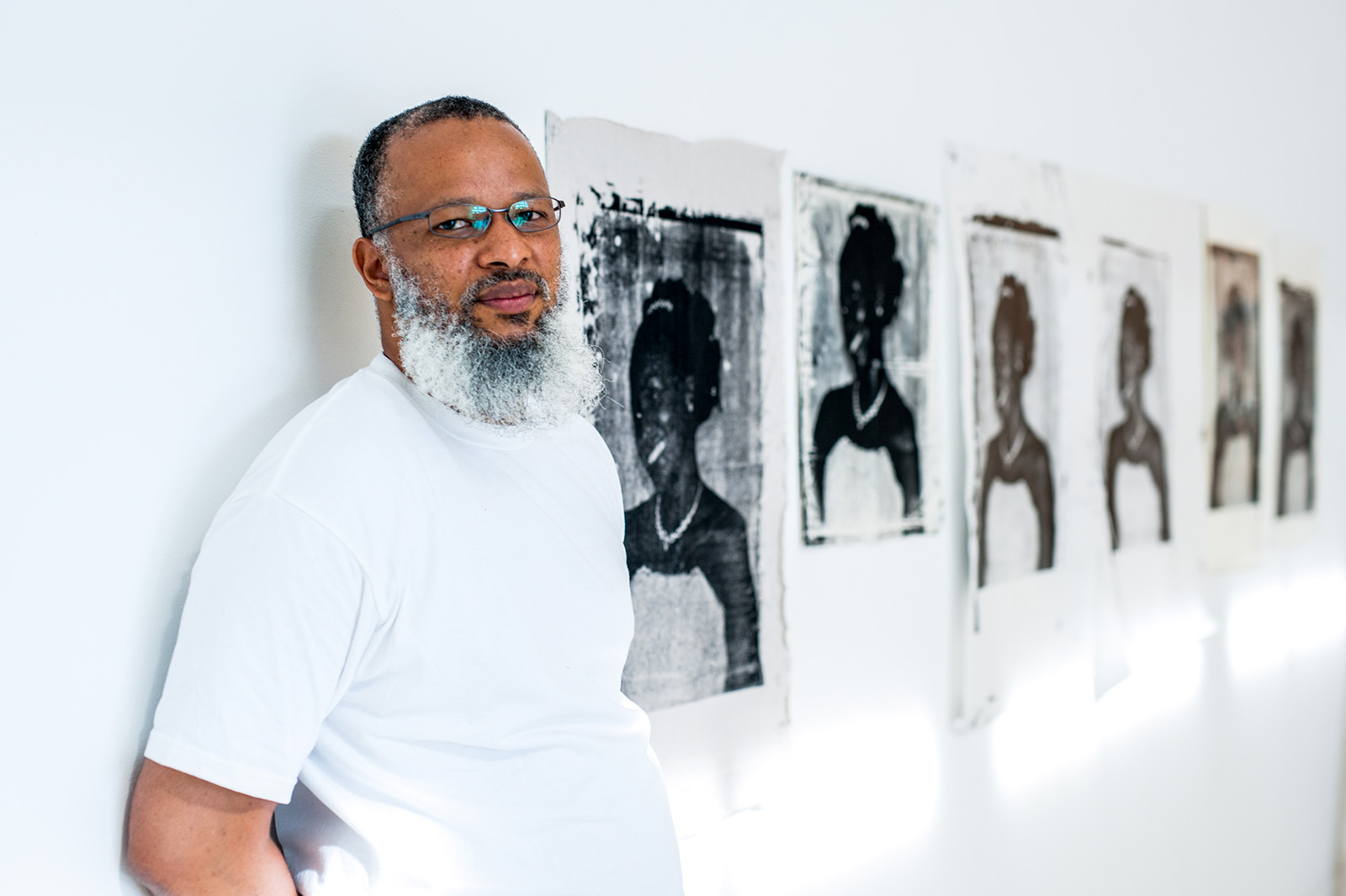 Meleko Mokgosi condensed one year of research into 21 paintings.

The alumnus’ series of paintings, “Bread, Butter, and Power,” which is on view at the Fowler Museum until July 1, explores the theme of feminism in postcolonial southern Africa. Mokgosi compiled extensive research and traveled to his native country of Botswana to develop the exhibition, which features multiple large-scale oil paintings created using nontraditional techniques, such as painting directly on the canvas, as opposed to painting on layers of white paint, and using different oils for skin tones.

Mokgosi said the exhibition represents women in southern Africa and underscores how class, race and gender intersect to create a feminist ideology independent of western feminism.

“Bread, Butter, and Power” is part of a larger series of paintings by Mokgosi, titled “Democratic Institution.” The series aims to examine democratic systems in a nontheoretical light, allowing viewers to understand democracy at a more accessible level, Mokgosi said.

In developing “Bread, Butter, and Power,” Mokgosi said he was interested in exploring how gender affects the role of democracy. Mokgosi said westerners are often unaware of how feminism manifests itself in southern Africa, which inspired him to feature African women in his paintings. In southern Africa, many women run tuck shops – small retail shops – to provide for their families under a democratic government that doesn’t support them, he said.

Alumna Erica Jones, curator of the exhibit, said Mokgosi’s painting style has grown since she first encountered it at UCLA. She met Mokgosi when both of them were graduate students taking the same African studies class.

“(There are) a couple things about his work that I find to be particularly compelling,” Jones said. “He has put a lot of time and effort into conceiving of a way to get the right balance of different tones.”

Mokgosi said he used nontraditional painting techniques to represent African women in the most accurate way possible. Instead of using red, yellow and blue oil pigments that are used to portray white skin, Mokgosi only used raw and burnt sienna and amber pigments to paint his subjects’ skin. He also used a clear base for his paintings instead of a traditional four-coat white base to more realistically paint African women; the technique required him to paint directly onto the canvas, and he had to make every brushstroke precise because he would not be able to cover errors.

Jones said the size of the paintings also subverts traditional painting norms. The paintings range from 8-by-8 to 8-by-12 square feet, taking up nearly the whole wall of the gallery. Painting the portraits on large surfaces is a way of demanding representation and recognition for African women, Jones said.

“Anything that is going to be painted this large is something that is a topic worth discussing, worth painting and that cannot be denied,” Jones said. “That’s really lending weight to the lives of people living in postcolonial southern Africa and valorizing their histories and their present.”

Joeonna Bellorado-Samuels, a director at Jack Shainman Gallery in New York City, which represents Mokgosi, said Mokgosi’s ability to thoughtfully interact with the concept and construction of his pieces makes his work accessible to viewers. Focusing on the multifaceted aspects of feminism in southern Africa can help viewers recognize how feminism in that region differs from feminism in the United States, as well as the universal aspects of feminism, she said.

“I can’t think of any artist (like Mokgosi) that employs or thinks about their own artistic practice conceptually in a way … that has to do with every part of his practice,” Bellorado-Samuels said. “Not just the work he’s making, and not just the way that he’s making the work, but also how he presents it to the world and how he manages how people consume the work.”

Mokgosi said the exhibit is a way for viewers to engage with feminism, regardless of gender or race, that does not conform to western labels.

“You don’t need to call it feminism for it to be feminism,” Mokgosi said.