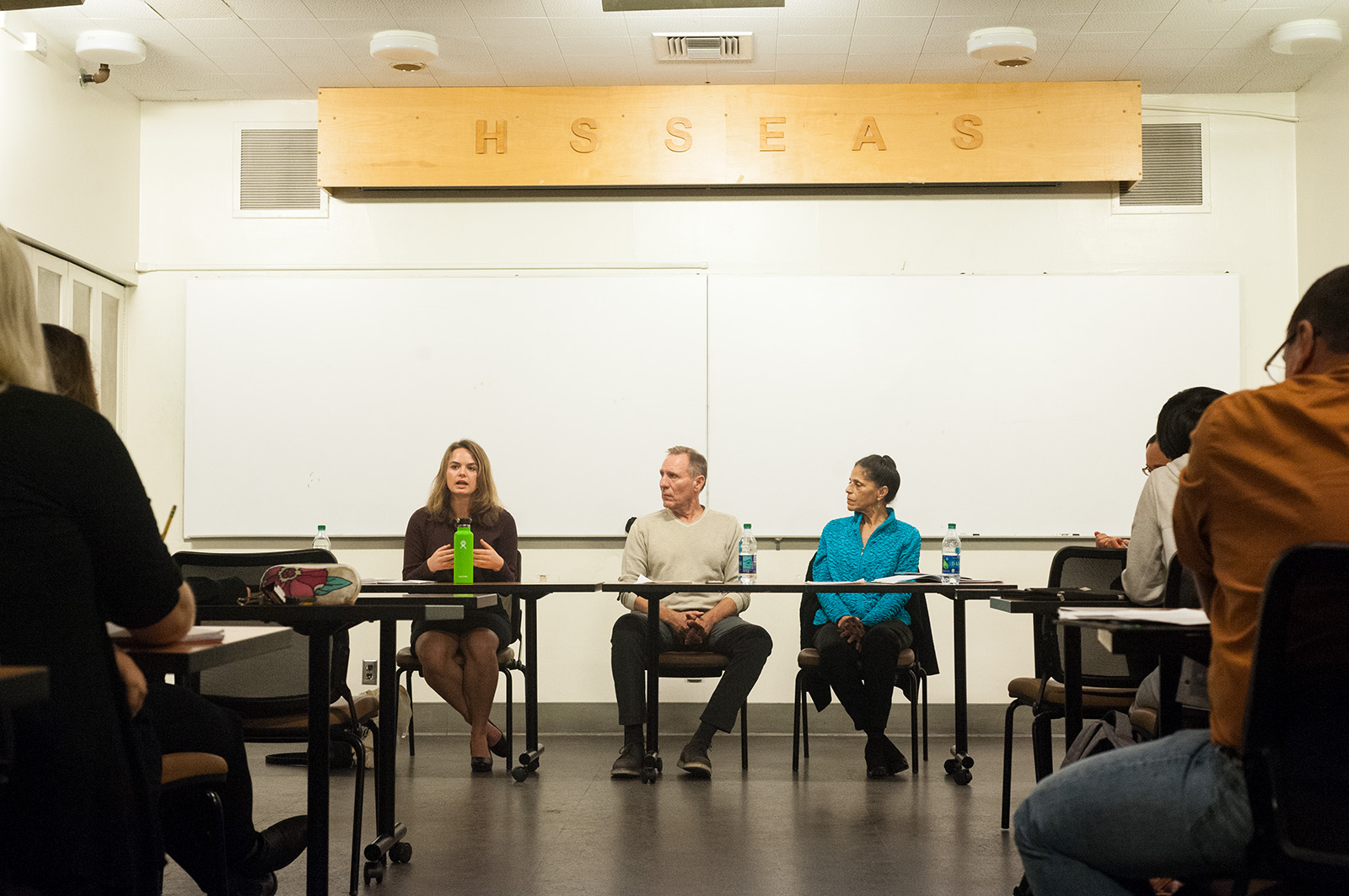 A panel of experts in sustainable energy and policy talked about the role of research, citizens and local community organizations to push for renewable energy resources at an event Wednesday night. (Joe Akira/Daily Bruin)

At an event Wednesday, experts said it is possible for California to achieve 100 percent renewable energy.

“A lot of policies are driving initial investment of renewable energy in California, and demand is driving the rest,” said Kelly Trumbull, a researcher at the UCLA Luskin Center for Innovation.

“There are two areas we are looking into environmental sustainability. Within that, the most important issue are greenhouse gases and climate change,” Snyder said. “But I also think that the other facet of it is energy supply.”

Trumbull said the California Legislature introduced Senate Bill 100 last year calling on the state to achieve 100 percent clean renewable energy, such as that converted from solar or wind power, by 2045.

Trumbull added the bill is on hold because it faces strong opposition from privately owned utility companies. However, local community organizations are working toward achieving this target, she added.

For example, the Community Choice Aggregation is a program that combines aspects of both publicly and privately owned utilities by allowing communities and cities to choose which types of energy sources to use for electricity, Trumbull said.

Typically governed by a board of democratically elected officials, the CCA purchases energy on behalf of individuals who then pay for the electricity transmission and CCA services. Trumbull added the CCA often purchases more renewable and local sources of energy supplies for electricity.

“Small businesses aren’t really thinking about (renewable energy) policy, they are just working to make sure that they can make enough money to keep their doors open,” she said. “We do not have a lot of voices … that are actually out there educating people, and the missing group being left behind are small-business owners.”

Bowen added she thinks the renewable energy market will grow because the public and investors are interested in the industry, even though President Donald Trump’s administration has attempted to reduce funding for clean energy.

“Many of the big investment firms decided to disinvest in petroleum and decided to invest in solars and renewables,” Bowen said. “When you have billions of dollars coming into a particular part of the market, that market is going to grow.”