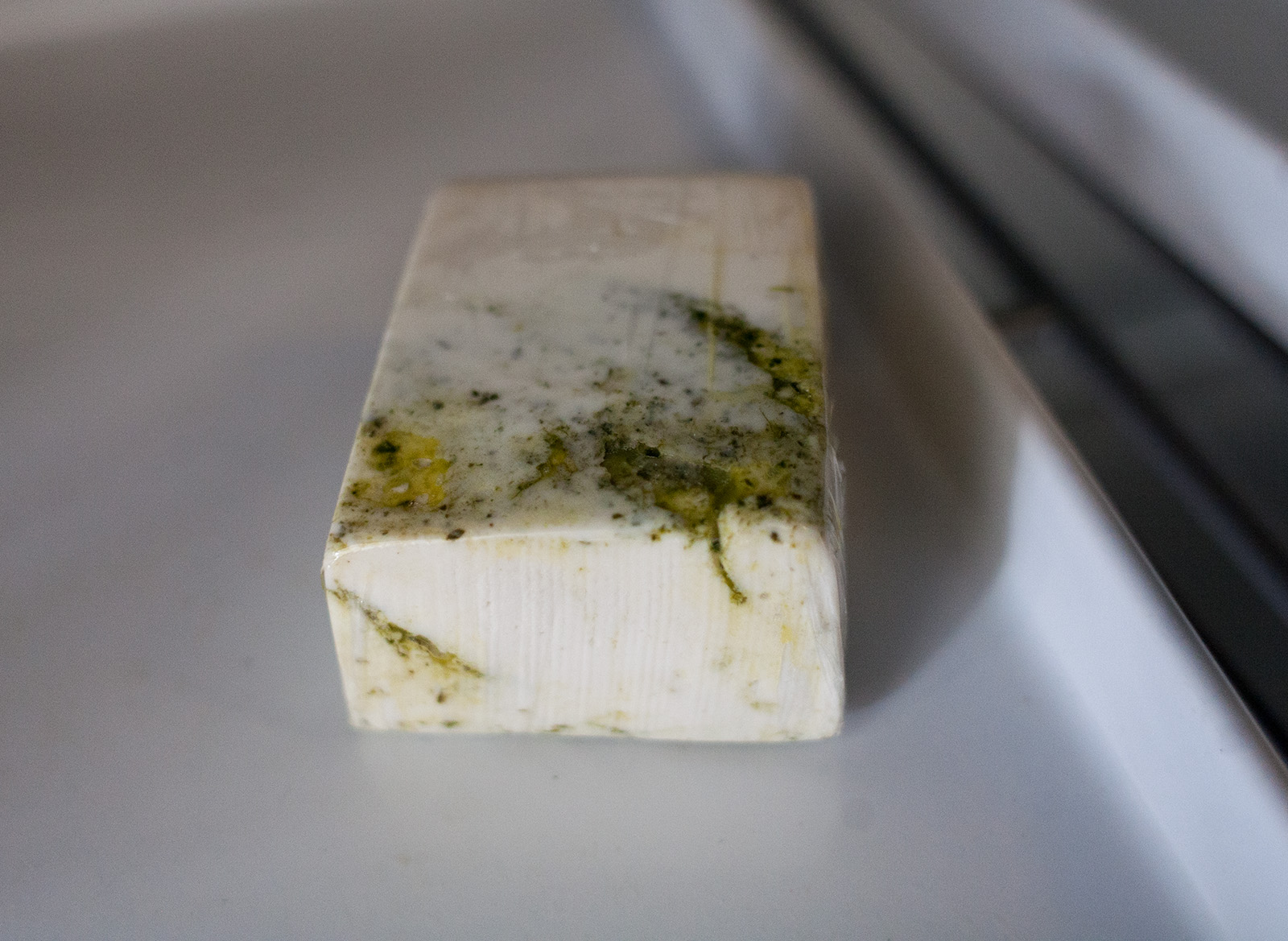 Vromage, a small artisan cheese shop in West Hollywood offers a wide range of vegan, nut milk-based cheeses, such as mozzarella, ricotta and Gorgonzola. The cheeses have a creamy texture that surpasses that of popular brands like Daiya and Vegan Gourmet Shreds. (Mia Kayser/Daily Bruin)

Vegan cheese gets a bad rap and, in many cases, deservedly so.

Many vegans get their cheesy fix from Daiya brand vegan cheese, which is by no means the most pleasing option, with its oddly gelatinous mouthfeel and off-putting sour scent. And while it might be easier for vegans to cut out cheese altogether than to find a high-quality replacement, a certain artisanal cheese shop in West Hollywood may cause them to reconsider.

Just a short car ride away from campus lies Vromage, a vegan cheese shop with an expansive menu containing all sorts of cheeses, sandwiches and salads that will satisfy even the most adamant of lactose lovers.

The restaurant’s exterior is reminiscent of suburban strip malls all across California, but upon walking in the bright white walls and the scent of freshly packaged cheeses transports customers to an artisanal cheese shop in Paris. A refrigerated case stocked with plenty of enticing vegan cheeses, from Gouda to Camembert, sits next to the cash register for customers to ogle at as they contemplate which item to order.


Unlike popular commercial vegan cheeses, which are often starch-based, Vromage makes its cheeses using a combination of nut milks, olive oil, and various herbs and flavorings, depending on the variety. They are, however, worlds beyond any Daiya or Vegan Gourmet Shreds cheese imitation products. While typical vegan cheeses have a somewhat gummy consistency, Vromage’s cheeses have a convincingly creamy and fatty consistency unparalleled by any of the artificial cheeses customers might find gathering dust in grocery store vegan aisles.

In addition to blocks of cheese, one of the restaurant’s highlights is its “crunch pizza.” The pizza – a loose use of the word – consists of a crispy rectangular cracker slathered in vegan ricotta and topped with tomatoes, fresh arugula, olive oil and a choice of “veganzola,” a vegan Gorgonzola; vegan mozzarella; or Vromage blanc, a vegan take on a soft French cheese similar to ricotta.

While the crunch pizza isn’t really much of a pizza, it effectively showcases Vromage’s attempts to mimic real cheese. The vegan ricotta and Gorgonzola both offer a much fattier flavor and texture than their dairy-based counterparts, but the acidity of the tomatoes does a good job of cutting into the slightly excessive creaminess. The olive oil and arugula also add a peppery flavor that complements the saltiness of the two cheeses.

The vegan Gorgonzola doesn’t quite have the same tanginess of a traditional Gorgonzola, however the vegan ricotta was particularly pleasant in its replication of a typical ricotta. Though somewhat creamier than a dairy-based ricotta – perhaps due to a high fat content from the nuts and olive oil – the difference was ultimately quite minimal.

Another mouthwatering option, the caprese salad, puts a pleasant twist on the classic mozzarella and basil salad. The vegan mozzarella makes for another accurate replication of the traditional dairy-based cheese, with a pleasant chewiness that’s nearly indistinguishable from the real cheese.

While Vromage might be a bit further out than the grocery stores in Westwood, it is by far the best place for vegan students to get their cheese fix. No longer do vegans have to suffer through eating another slice of gloopy, Daiya-covered pizza.