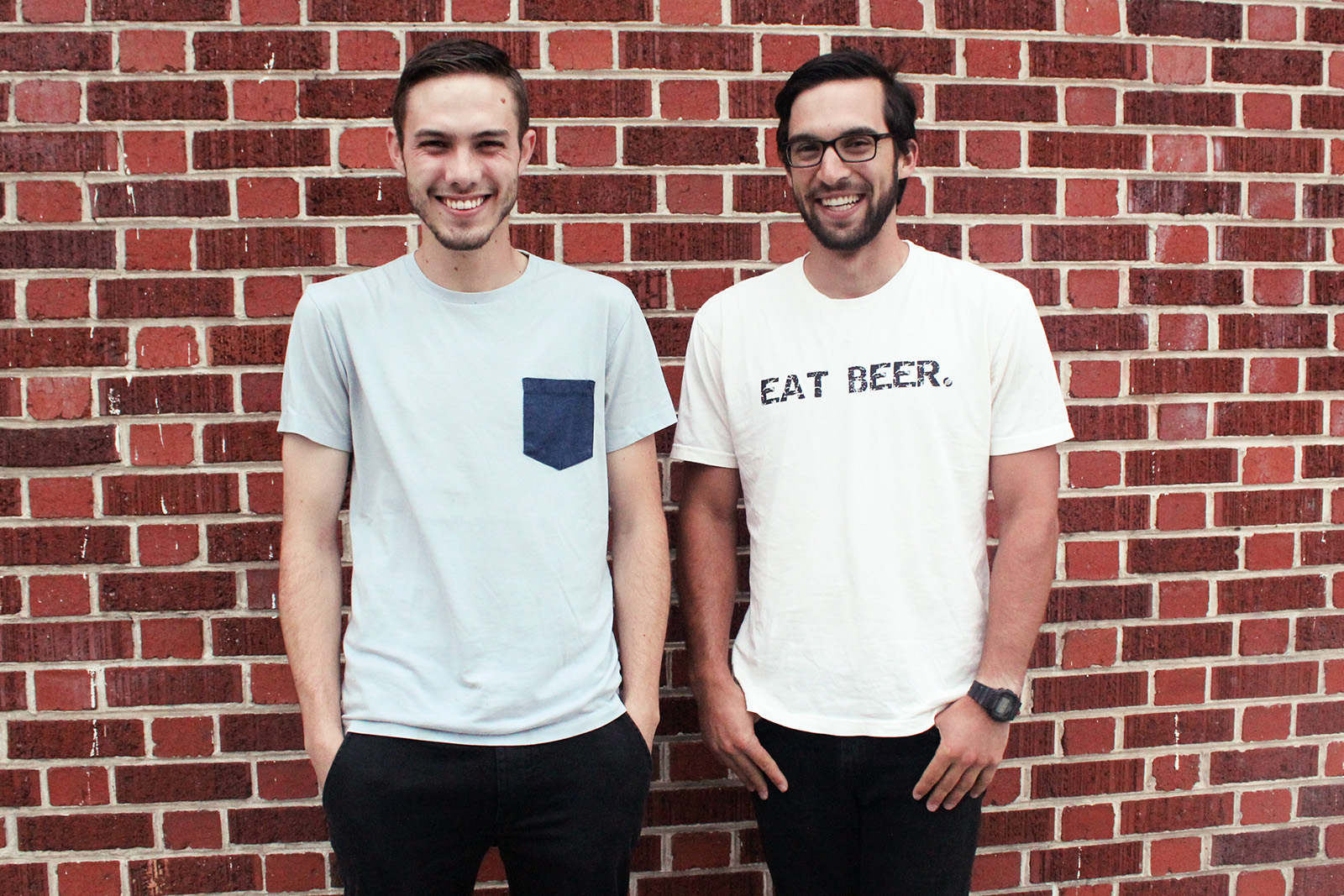 Alumni Jordan Schwartz (left) and Dan Kurzrock (right) began making beer during their undergraduate years at UCLA. The pair founded the company ReGrained, which uses the leftover grain byproduct of beer brewing to make a flour that they use in granola bars. (Courtesy of Laura Miley)

The aroma of yeast and malted barley permeated the first floor of the Zeta Beta Tau fraternity house as Dan Kurzrock and his friends brewed batches of beer in the frat house’s kitchen.

The home-brewed beer was a solution to the legal drinking age.

“(Our beer) was better than … Milwaukee’s Best – that was the cheapest at Ralphs,” the alumnus said.

But as he and his friends became more engulfed in the hobby of brewing beer, Kurzrock said he began to feel uncomfortable throwing away the large amounts of grain leftover from the brewing process. Around 2010, Kurzrock and his friend, Jordan Schwartz, a UCLA alumnus, began using the byproduct – known as spent grain – in breads and granola bars to avoid wasting food, the beginning of a passion that resulted in their own company. Kurzrock and Schwartz now run ReGrained, a San Francisco-based startup that aims to mitigate food waste by creating new ways to commercially repurpose spent grain.

“It’s called spent grain, spent as in it’s valueless,” Kurzrock said. “But that’s … not true – it’s spent in its ability to make beer, but as a food, our whole thesis is that it’s just getting started.”

Kurzrock began brewing beer during his first year at UCLA at the apartment of his then-roommate’s brother, who taught the two about brewing beer. Kurzrock later moved into the ZBT house, where he had easier access to brewing amenities such as pots and a stove. He made a new batch of beer, experimenting with different recipes – from stouts and brown ales to barley wine – every Friday morning.

After completing the brewing process, Kurzrock said he was often left with large amounts of grain that resembled oatmeal in appearance. As a result, Schwartz said they often hauled 20 to 60 pounds worth of spent grain to the trash at a time, depending on the type of beer they brewed.

“Aside from (the fact that) the grain was heavy to carry to the dumpster, it felt like we were wasting food,” Schwartz said. “(Kurzrock) and I were raised (to be) very conscious of our environment and our impact on that environment and the fact is … that our food system is quite broken.”

Kurzrock and Schwartz then began researching different ways to use the leftover grain in an effort to reduce their food waste. They first experimented with different bread recipes, adding small quantities of the grain to the dough to lend it a similar texture to whole wheat or seeded loaves.

At one point, Kurzrock said the pair was making a few dozen loaves per week and selling them to friends. However, they found that the bread grew stale too quickly, so they began experimenting with granola and granola bars.

David Crane, a former classmate and fellow member of ZBT, said he often bought their loaves of bread and granola bars to support his friends’ creative and entrepreneurial ventures. At first, the bread was somewhat bland, but as Kurzrock and Schwartz got more practice baking bread, it became tastier and more flavorful, he said. Now a regular customer of ReGrained, Crane said he enjoys the brand’s Honey Cinnamon IPA bar, which is made with manuka honey and turmeric.

Today, Kurzrock and Schwartz have partnerships with breweries throughout the San Francisco area that provide them with spent grain leftovers from the commercial brewing process. The pair said their granola bar recipes have also changed vastly, largely due to the fact that they now grind the grain into a fine flour to make the bars less coarse.

Kurzrock said the granola bars serve as a means for the brand to gain a loyal fan base that’s conscious of global food waste.

“The bottom line is that human whims are destroying our planet, and we only get one of them so it’s incredibly important to act now,” Kurzrock said. “For us, what we’re trying to do is … make the right thing the easy thing for people.”