Lessons in Laughter: The Improv Space subverts sexism in comedy with ‘Improvjectification’ 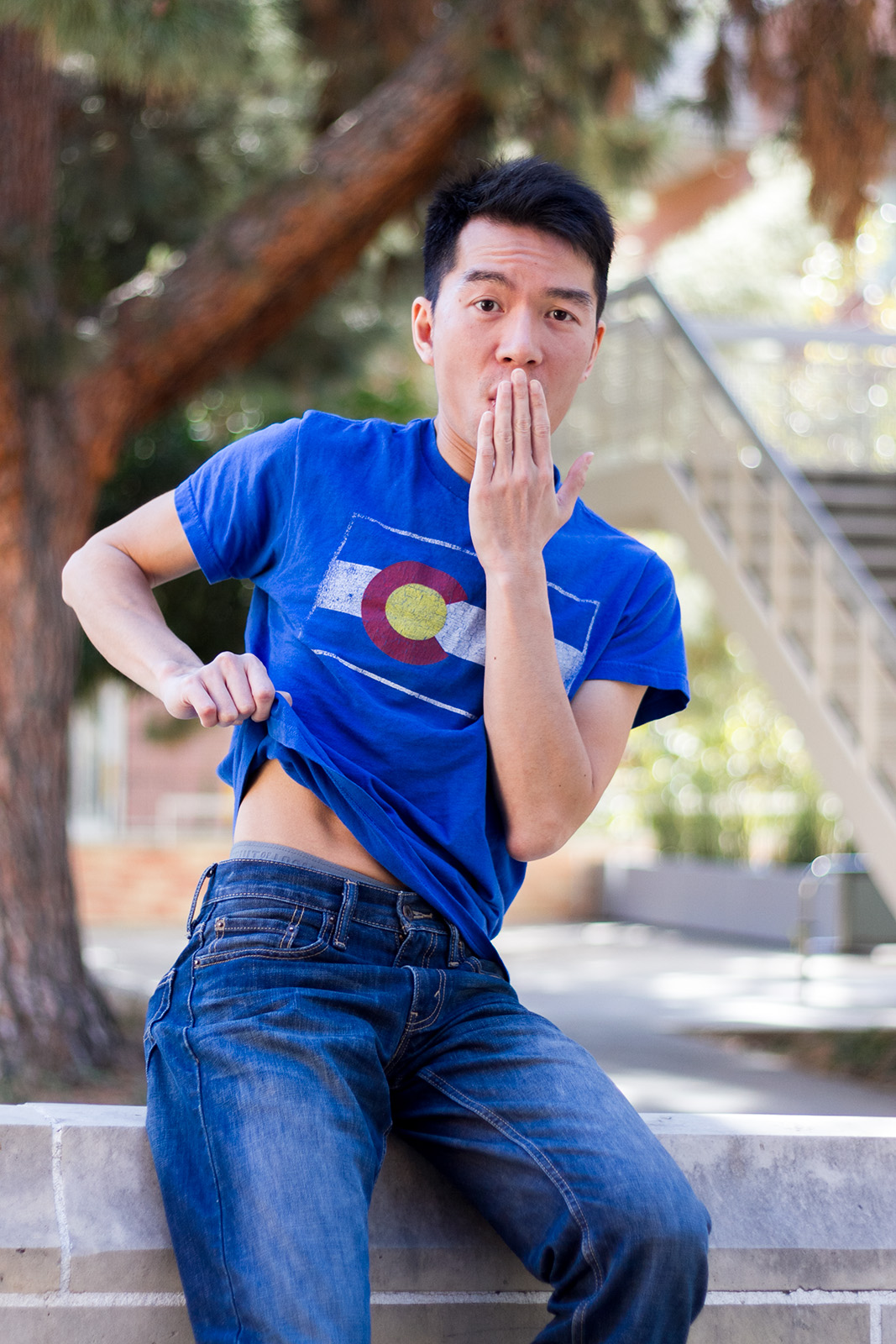 Eric Chad Ho created and co-hosts the comedy show “Improvjectification” at The Improv Space. The show brings together male and female improvisers, including UCLA alumni. Ho said the performances function as normal improvisation shows with one caveat – all men must perform shirtless. (Habeba Mostafa/Daily Bruin)

Audience members cheer and shout for male performers to take off their shirts at “Improvjectification” shows. But they aren’t attending a bachelorette party.

Eric Chad Ho created and co-hosts the comedy show “Improvjectification” at The Improv Space, which brings together male and female improvisers on the second Thursday of every month. Ho said the performances function as normal improvisation shows with one caveat – all men must perform shirtless.

Ho said the show aims to help male performers feel the physical vulnerability their fellow female improvisers face when performing, as audience members typically focus on female performers’ physicality rather than their comedic material. As an improviser, Ho said performing by itself is nerve-racking, but performing shirtless creates a new level of insecurity that many women experience on stage.

“It’s always fun to see the turning of tables on the male gaze, to have people get excited,” Ho said.

Alumnus Lawrence Marshalian said The Improv Space in Westwood is his own Central Perk from “Friends” – a comfortable and safe gathering spot. However, when he accepted Ho’s invitation to perform shirtless on stage, he said his safe space was infiltrated by fears surrounding his body image.

In his first of three performances with Ho, Marshalian said his awareness of his body was greatly heightened. He added he kept his shoulders back, stood tall and feared sitting down because of the unflattering effects sitting can have on the stomach. His thoughts about his physicality overwhelmed his performance, he said.

“You begin by feeling very scared and vulnerable, and then a couple minutes in you realize that you have more confidence because you have to – it’s a fight-or-flight type of thing,” Marshalian said

To overcome his nervousness about his movements, Marshalian said he tried to focus on the story he was telling rather than his own physique. If his character required him to walk across the stage hunched over because he is described as strange and meek, then Marshalian pushed through his insecurities to create the character regardless of how he looked on stage.

Marshalian said the performance gave him insight into the experiences of female improvisers. As a male performer, Marshalian said he only has to worry about inciting laughter in the crowd to gain audience approval, whereas his female counterparts are often additionally judged by their physical attributes.

UCLA alumna and performer Kimberley Wong said Ho and The Improv Space are helping turn the male gaze on its head. Growing up, Wong only viewed comedians as the male actors she saw in “Mr. Bean” and other popular sketch comedy shows.

It was not until Wong stumbled across the BBC comedy show “Absolutely Fabulous” in college when she finally saw a show with a mostly female cast that was beautiful and funny, she said.

The stereotype that women cannot be both feminine and successful in comedy defines a reality Wong sometimes faces in her own improvisation career. After some performances, Wong said people would approach her and voice their shock at how she could be both physically attractive and comedically talented.

“We are going to take that stereotype and turn it on its head because it’s almost even more fierce to have a female (comedian) be funny and beautiful,” Wong said.

As a result, Wong said she tries to stray away from stereotypically female roles in her improvisation shows. While past productions have labeled her as the mother or the romantic love interest, The Improv Space allows her to take center stage and experiment with roles typically played by men, she said.

In a showing of “Improvjectification,” Wong played with the idea of reversing societal roles. Joking with her male partner, Wong slowly surveyed his shirtless body on stage with her eyes, eliciting laughter from the crowd. Women drawing attention to the male performer’s body does not commonly occur in improvisation, she said.

Likewise, co-host Bailey Kai said “Improvjectification” appealed to her because of its originality and her past experience of people commenting on her body after performances.

Other male improvisers have approached her after shows to tell her that her clothing distracted from her performance. While she does not believe they intended the comments in a harmful way, Kai said she felt disappointed to have her physical characteristics dictate audience satisfaction.

“It shouldn’t matter what they are wearing or what their bodies look like,” Kai said. “It’s just a performance.”

Click the banner to read more features on The Improv Space.