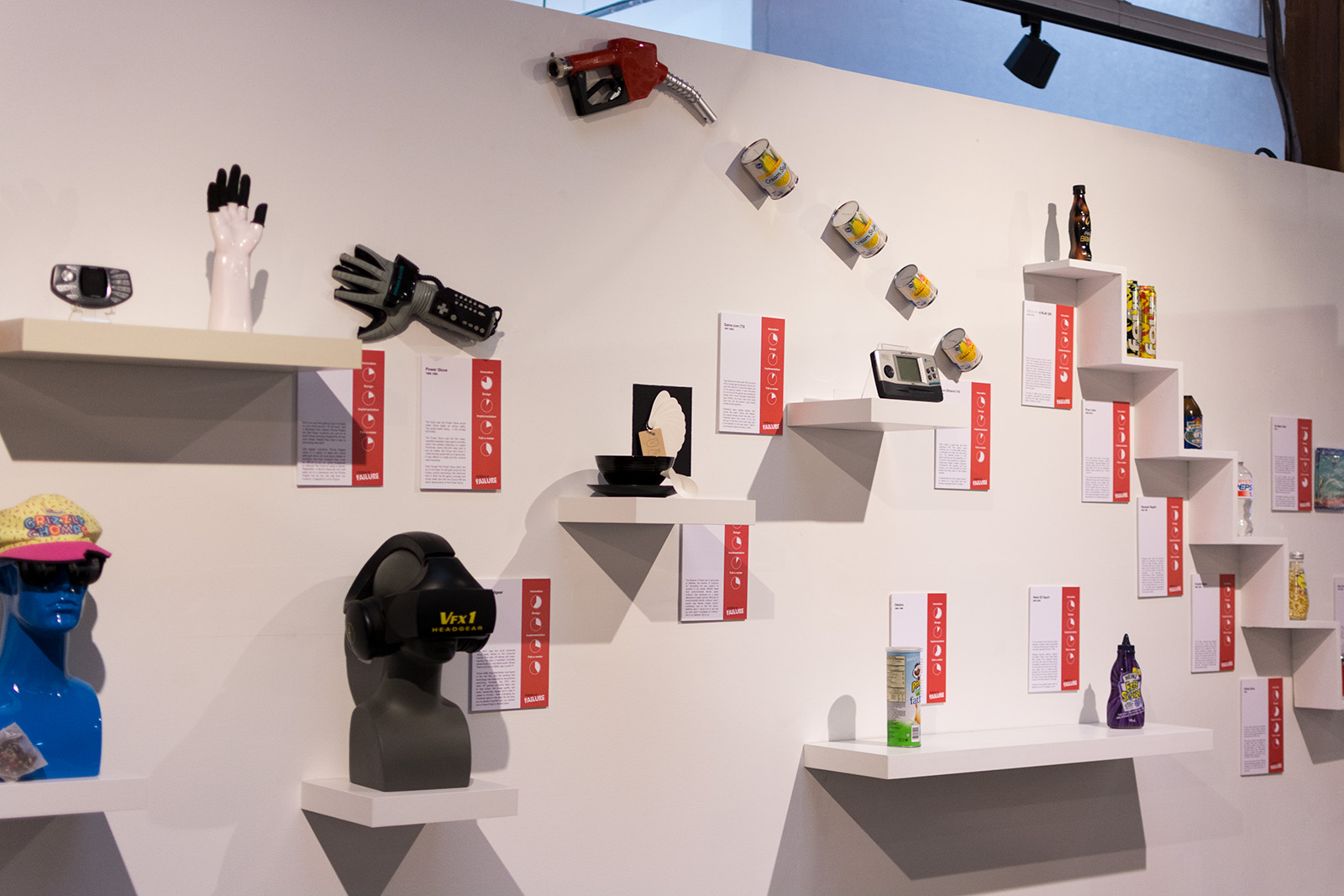 The Museum of Failure opened in Los Angeles on Friday, and will be open until Feb. 4. The Museum features a range of failed products, from unpopular Oreo flavors, such as PB&J and Swedish Fish, to a Barbie alternative designed to teach children about showing sympathy for the less fortunate. (Hannah Burnett/Assistant Photo editor)

The Museum of Failure succeeds in exhibiting some of society’s larger failures.

First exhibited in Helsingborg, Sweden, the Museum of Failure is the brainchild of Samuel West, a clinical psychologist who began cataloguing and collecting items to celebrate failure, due to the social stigma surrounding the concept of failure. The Museum of Failure subverts the idea that only masterpieces should be on display, and creates shelf space for some of society’s less impressive feats. The exhibition, which opened Friday, will run until Feb. 4 in Los Angeles’ Architecture and Design Museum.

The Museum of Failure, housed in an unassuming grey stucco building, is overshadowed by the colorful triptych of graffiti directly across from it. However, the museum’s simplistic choice of decor perfectly offsets its collection of odd contraptions and relics of a bygone era.

Patrons of the museum must navigate jarring corners and angular columns to access each of the thematically organized sections. The first corner yields an array of failed food products, including an entire wall of Oreo packages arranged in a mosaic letter “F.” The packages feature some especially unpopular flavors: Swedish Fish, PB&J, candy corn and key lime pie.

A foot away from the Oreos, another chocolatey confection makes an appearance: Grizzly Chomps, a failed Hostess creation that relied on the gimmick of being sold with a bite taken out of it. Next to it, Coca-Cola BlāK, a fizzy Coke drink infused with coffee, completes the questionable meal.

The next corners feature exhibits that include shocking beauty enhancers and disappointing toys. The Rejuvenique, which more closely resembles a Jason Voorhees mask than a beauty product, purports to give its users more youthful skin by applying a series of electric shocks to the facial muscles. The product was never Food and Drug Administration-approved or even clinically tested, and unsurprisingly, was recalled from store shelves after less than a year.

On the next wall, a bug-eyed doll with matted, straw-like hair and a tear running down her cheek stares out with her hand raised. The doll is a Hasbro toy dubbed “Little Miss No Name.” Hasbro created the doll in an attempt to teach Barbie-obsessed girls compassion for the less fortunate. “Little Miss No Name” never did surpass Barbie dolls in popularity though, and now the toy only makes appearances in online skits and short films.

However, The Museum of Failure is not just a trove of one-off novelty items. It also exhibits inventions that had disastrous historical and social consequences. The Orbitoclast, a silver-sheened hammer-pickaxe combo, revolutionized the practice of lobotomies – an operation that severed the nerves of the patients’ frontal lobe. The Orbitoclast shortened the lengthy procedure to a mere 15 minutes. However, it also often cost the patient their intellect and personality, an issue the museum treats with respect and tact by providing the historical context behind why a seemingly technical success was actually a failure.

Located in an empty clear box nestled near the edge of the museum, West also showcases one of his own failures in buying the Juicero, a $400 juicing machine. Consumers widely ridiculed the Juicero when it became apparent that the pricey juicer was outmatched by someone simply squeezing the juice with their hands.

While West draws attention to his own failure, he also asks attendees to turn attention to their own. The back corner of the museum hosts a lone wall crammed with neon-colored sticky notes and black block letters that read: “FAILURE CONFESSIONAL.”

Each sticky note anonymously converts each patron into their own exhibits through their confessions, which range from solemn to hilarious. This showpiece, more than any of the others, sends home the axiom that failure is universal.

The Museum of Failure’s attraction lies not its attractiveness, but in its refusal to overlook the stages that precede the final, polished product. All too often, failure is forgotten, and the Museum of Failure works to remind its audience why it matters.