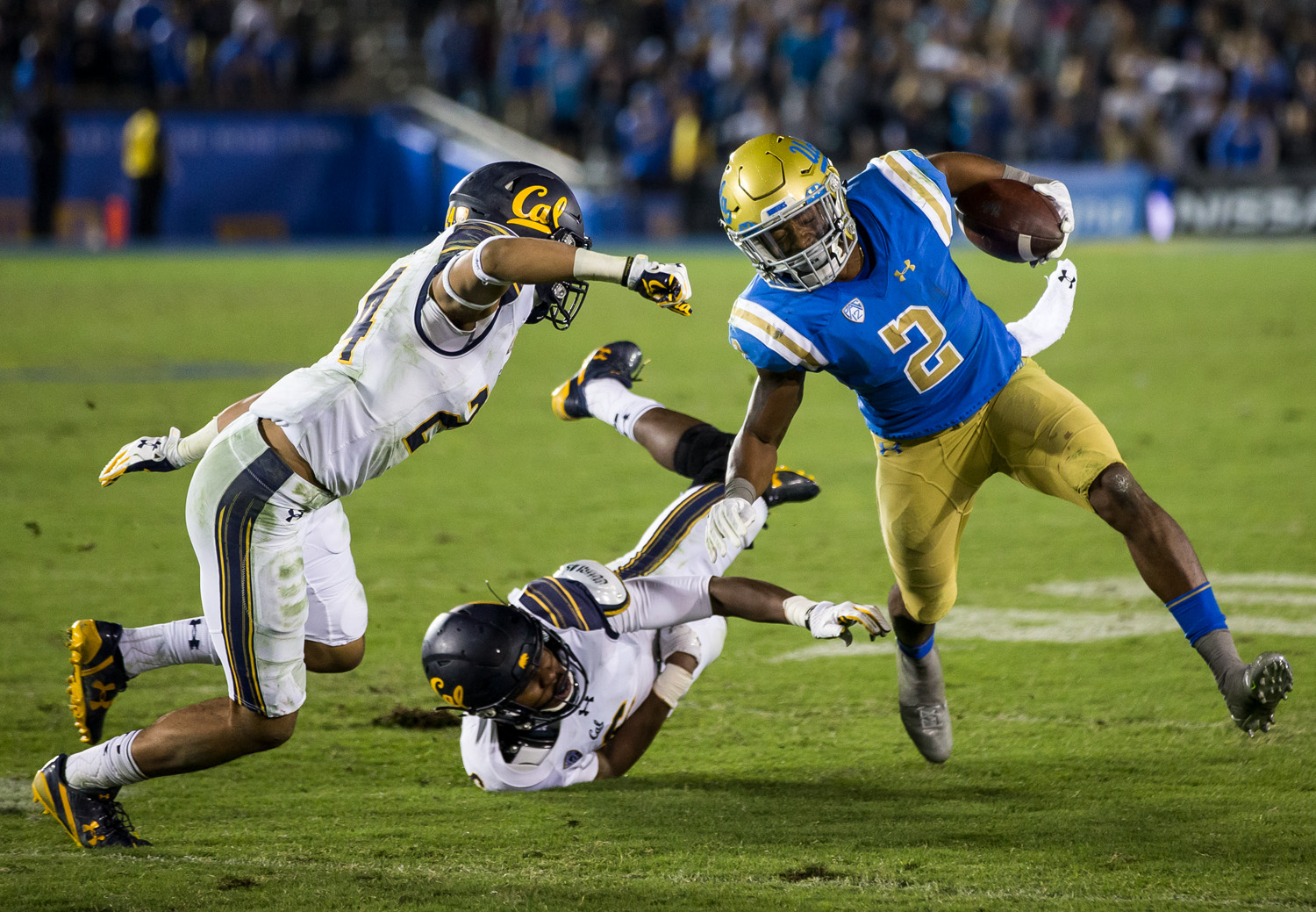 UCLA announced on Saturday that Chip Kelly, former head coach of the San Francisco 49ers and Oregon Ducks, will replace Jim Mora as head football coach. The announcement of Kelly’s hiring came the day after UCLA won its sixth game of the season against California. (Aubrey Yeo/Daily Bruin senior staff)

By Nicholas Yekikian and Matt Cummings

Kelly has agreed to a five-year contract worth $23.3 million, with a buyout worth $9 million. He most recently coached the San Francisco 49ers and the Philadelphia Eagles, and led Oregon to a 46-7 record as head coach from 2009 to 2012.

“It is an absolute honor to join the Bruin family, and I am grateful to Chancellor (Gene) Block and to (Athletic Director) Dan Guerrero for this incredible opportunity,” Kelly said in a statement. “UCLA is a world-class institution with a distinguished history in athletics, and we will do our part to uphold its tradition of excellence.”

The announcement comes the day after UCLA (6-6, 4-5 Pac-12) won its sixth game of the season against California (5-7, 2-7) with Jedd Fisch as interim head coach and made itself bowl-eligible for the first time in two seasons. UCLA fired Jim Mora after the Bruins lost to crosstown rival USC in their last away game of the season.

Many programs sought after the 54-year-old Kelly because of his run of success with Oregon. An offensive-minded coach, he guided the Ducks to three Pac-12 titles and three top-four finishes in the national rankings, plus a berth in the Bowl Championship Series championship game in 2011.

Kelly had less success at the NFL level. He went 26-21 in three years as head coach of the Eagles before being fired, then was let go by the 49ers after one 2-14 season.

He served as an ESPN college football analyst this fall, but began engaging in talks of a coaching return with a handful of programs late in the year, according to several reports.

Kelly met with members of Florida’s coaching search committee Sunday at his home in New Hampshire, according to Yahoo Sports’ Pat Forde. UCLA fired Mora that morning and met with Kelly on Tuesday.

From there, it did not take long for the two sides to reach an agreement. Sports Illustrated’s Bruce Feldman reported that Kelly appreciated the pitch from Florida, but ultimately preferred the UCLA job and the opportunity to live on the West Coast.