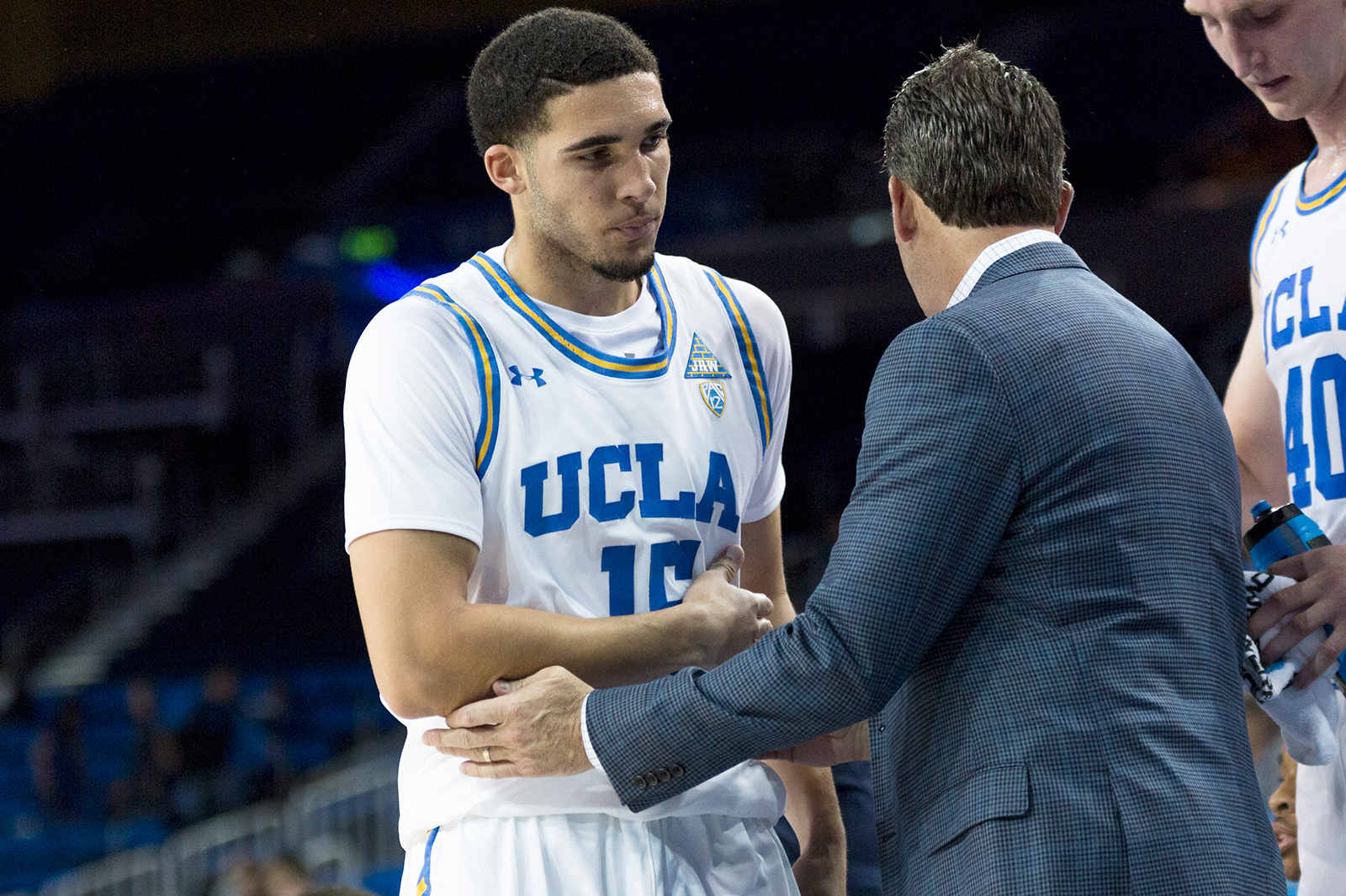 I’m more familiar with the legal system in China than I should be.

My grandfather was mauled by a drunk driver six years ago in broad daylight in front of multiple witnesses near Wuxi, a city two hours west of Shanghai. The riffraff who committed the hit-and-run waited a month as the authorities investigated the crime, and ended up with only four months in prison after being found guilty.

I know the draconian and slug-paced nature of the Chinese legal system, but now three UCLA men’s basketball freshmen are going to be experts in the field.

Cody Riley, Jalen Hill and LiAngelo Ball were arrested for allegedly shoplifting from three stores in a high-end shopping center next to UCLA’s hotel in Hangzhou, sparking an international incident during a week aimed at generating goodwill between the Pac-12 and China.

The rest of the Bruin team has since returned to the U.S. ahead of its Wednesday home game, but the trio remains in China reportedly confined to their hotel awaiting legal proceedings in the country.

But no matter what their punishment is abroad, UCLA needs to lay down the hammer for its own discipline of the players.

Coach Steve Alford, athletic director Dan Guerrero and the university should suspend the three players for the entire year and possibly more, depending on how much more information about the situation is released in the coming weeks.

Ultimately, this is about accountability and responsibility.

A world power welcomed two American universities and offered them the opportunity of a lifetime. Riley reportedly got a passport just for this trip, which was his first venture outside of the U.S.

And let’s not forget the sum of money UCLA has spent and will spend on legal counsel, interpreters and housing for the players and athletic department representatives until the issue is resolved.

During halftime of UCLA’s game versus Georgia Tech on Friday, Pac-12 commissioner Larry Scott said he is “incredibly disappointed that a situation has arisen that’s distracted from all the amazing experiences that the student-athletes are having here.”

The Bruin trio only needed to take a few photos with Alibaba Group co-founder Joe Tsai and visit Shanghai Disney Resort. If they don’t have the maturity and common sense to follow the most fundamental of laws during an international trip, how can Alford trust them to abide by team rules, NCAA regulations and U.S. laws while balancing the life of a college student?

The violation-laden world of college basketball has received significant negative press in recent weeks due to the pending FBI investigation into several assistant coaches across the country bribing the families of high school recruits. The UCLA administration needs to treat the freshmen’s transgression swiftly and severely.

Alford can take a hint from one of his multimillionaire colleagues in Westwood.

UCLA football coach Jim Mora has suspended redshirt junior receiver Jordan Lasley for disciplinary reasons on two separate occasions this season for a total of four games – or one-third of the season – and Lasley didn’t commit a crime in a foreign country.

“We want the Pac-12 China game to be more than just a basketball game,” Scott said last week after the players were arrested. “We want it to inspire the youth of China to pursue their dreams, both in academics as well as athletics.”

These players were responsible for representing UCLA and the country during their time abroad, and they failed to meet even the most basic standards of law-abiding citizens. UCLA must hold them accountable and send the message that no player – or players – can be let off the hook for violating foreign laws and making a fool out of the school, the Pac-12 and the U.S.