Press Pass: An inside look at the Daily Bruin’s fall 2017 recruitment statistics 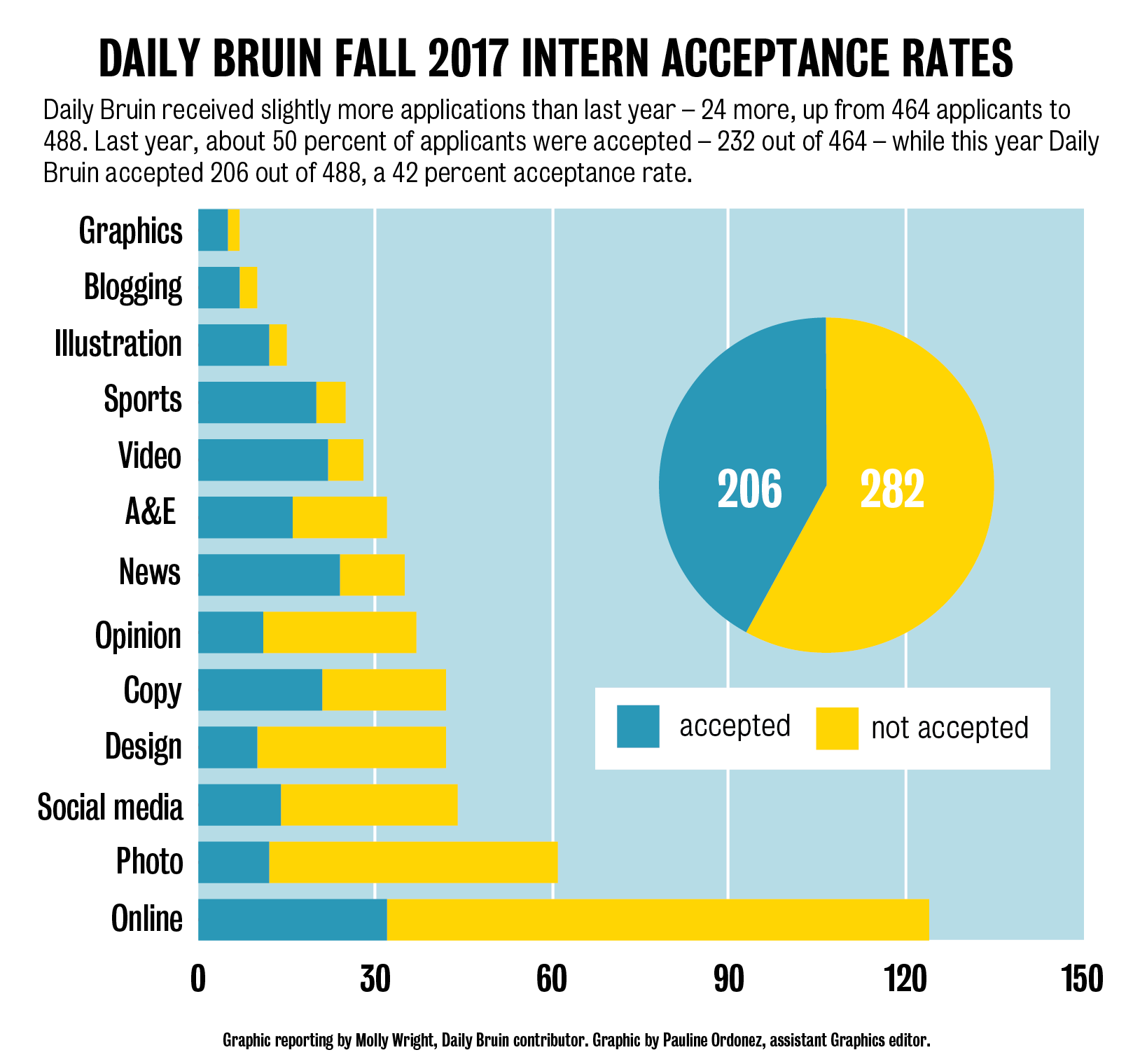 With the start of a new school year comes another round of Daily Bruin intern applications. This is an exciting time for the Daily Bruin office as it ushers in an eager new class of writers, photographers, designers and more.

The Daily Bruin received about 5 percent more applications this year than last year – increasing from 464 applicants to 488. Last year, the Daily Bruin accepted 50 percent of its applicants, while this year it accepted 206, a 42-percent acceptance rate.

Online continued to be the most applied-to section. While Online receives twice as many applications compared to other sections, ultimately, not many get to program for the Daily Bruin. The section is notorious for its comparatively low acceptance rates, and this year did not prove any different. The acceptance rate was approximately 25 percent, with only 32 out of 124 applicants accepted.

Other popular sections for the fall 2017 recruitment cycle were Photo and Social Media. Social Media garnered 44 hopefuls for 14 slots, yielding an almost 32-percent acceptance rate. Photo was even more competitive, with 12 acceptances among 61 applicants, making for an acceptance rate around 20 percent.

Fewer than half of prospective interns were offered a position, and in some sections, that statistic was even smaller. After admission, the hard work isn’t over, as new staff members have to undergo hours of extensive training before they can begin their work as journalists, which includes learning internal communications and operating platforms including Slack and Camayak.

Even though applying for the Daily Bruin can be an intimidating feat, it provides a springboard to introduce students to the professional world of media and journalism. Since UCLA doesn’t have a journalism school or undergraduate major, the Daily Bruin provides an outlet where would-be journalists can hone their skills in whatever area they choose – whether that be writing stories, creating graphics or designing the paper.