Men’s water polo sinks to Stanford 7-5, comes back 14-6 against SJSU 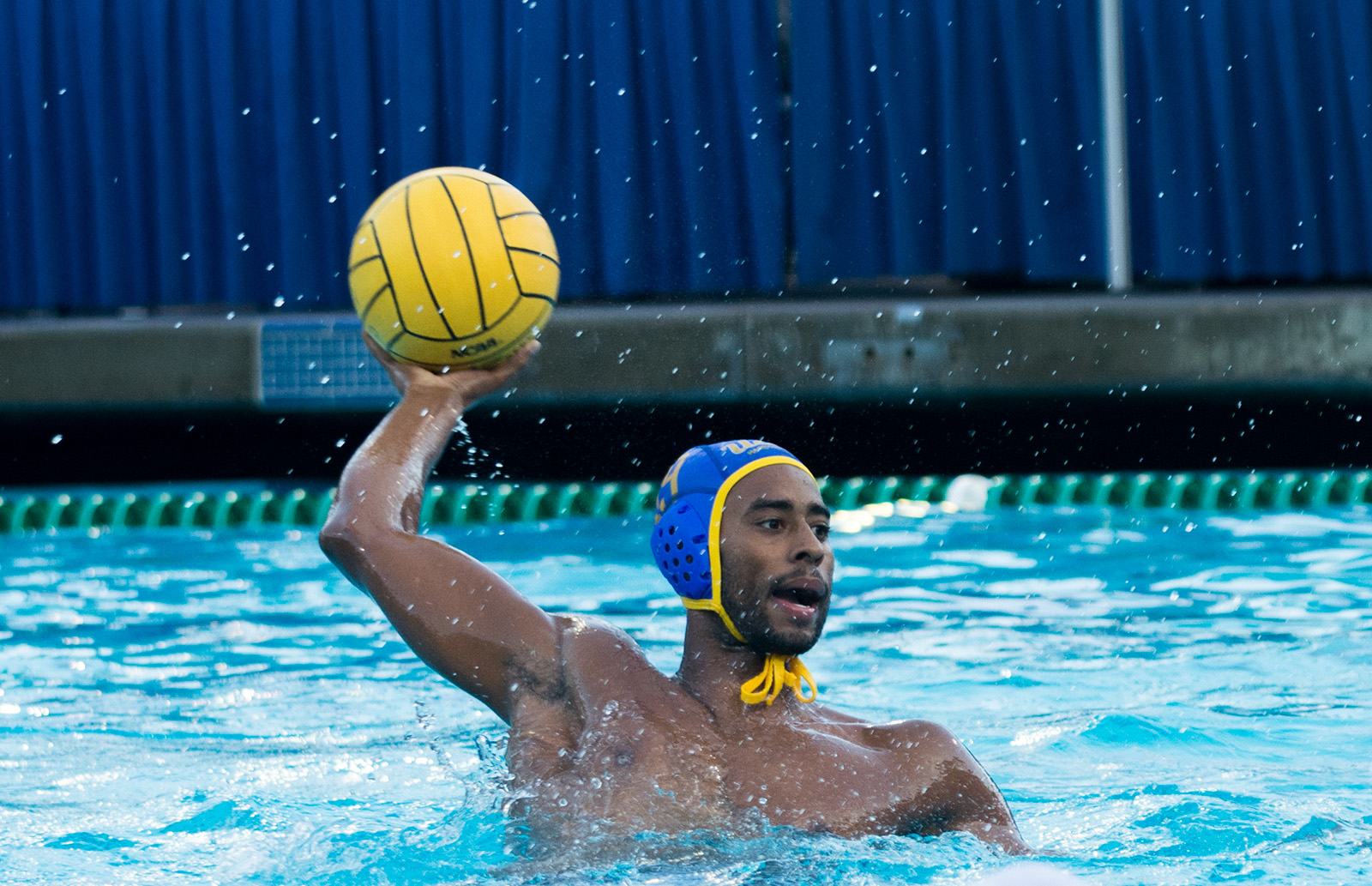 UCLA men’s water polo failed to pick up its first MPSF win of the season after falling to No. 4 Stanford on Saturday night. Senior attacker Max Irving scored one goal in the game, bringing his season total to 32. (Hannah Burnett/Assistant Photo editor)

There was a little over a minute left to play in the fourth quarter, and UCLA men’s water polo found itself down by two goals against Stanford.

The deficit proved to be too large to overcome.

“The last two weeks, we have made significant strides in the team. Even though we weren’t able to beat Stanford, we played well,” said coach Adam Wright. “We played better than we had been playing a month ago.”

With postseason implications on the line, a conference matchup between two of the top five teams proved to be well contested.

“I think everyone knows when you play someone within your conference, obviously there’s implications as far as the conference tournament. We try not to put too much into that,” Wright said. “There are no easy games in our conference. It doesn’t matter if you are one or five, everybody is going to have a tough game in our conference.

The first quarter was a defensive battle from the beginning to the end. It was ultimately the two Olympians who began the scoring for both teams – driver Ben Hallock scored for Stanford in the opening minutes of the first period and senior utility Alex Roelse scored on the counter to even the score 1-1.

The game was plagued by physicality – three straight contra fouls were called in the second quarter.

“It was definitely a physical game,” said senior attacker Max Irving. “When you have two top-four teams getting together and it’s a big conference game, both teams are trying to win, the physicality is just the nature of the game. Neither team is going to back down at that point.”

Senior attacker Jesse Camou got one past goalkeeper Drew Holland, giving UCLA a 2-1 lead with just over five minutes left in the half. Two goals from the Cardinal put Stanford up 3-2 at the end of the first half.

It wasn’t until late in the second quarter that the Cardinal scored their first power-play goal of the game – the first conversion of the game thus far. The Bruins went 0-for-2 in the first half on 6-on-5 opportunities.

Driver Connor Stapleton drilled a shot, doubling Stanford’s lead to 4-2 in the third quarter. After back-and-forth goals from both teams, Irving brought the score back within one goal. UCLA trailed 5-4 heading into the final quarter.

“We did a relatively good job of controlling their offense because I think it’s known that Hallock is just a very talented center in college – it’s really hard to contain that,” Roelse said.

Freshman attacker Nicolas Saveljic attempted to bring the score within range with a goal in the middle of the fourth quarter.

Stanford had four straight offensive possessions, yet was unable to convert on any of the four offensive attempts.

“Any time you play a team like Stanford, which is really good, you have a chance to get better,” Wright said. “And we absolutely took advantage of that opportunity and for the most part, played a pretty good game.”