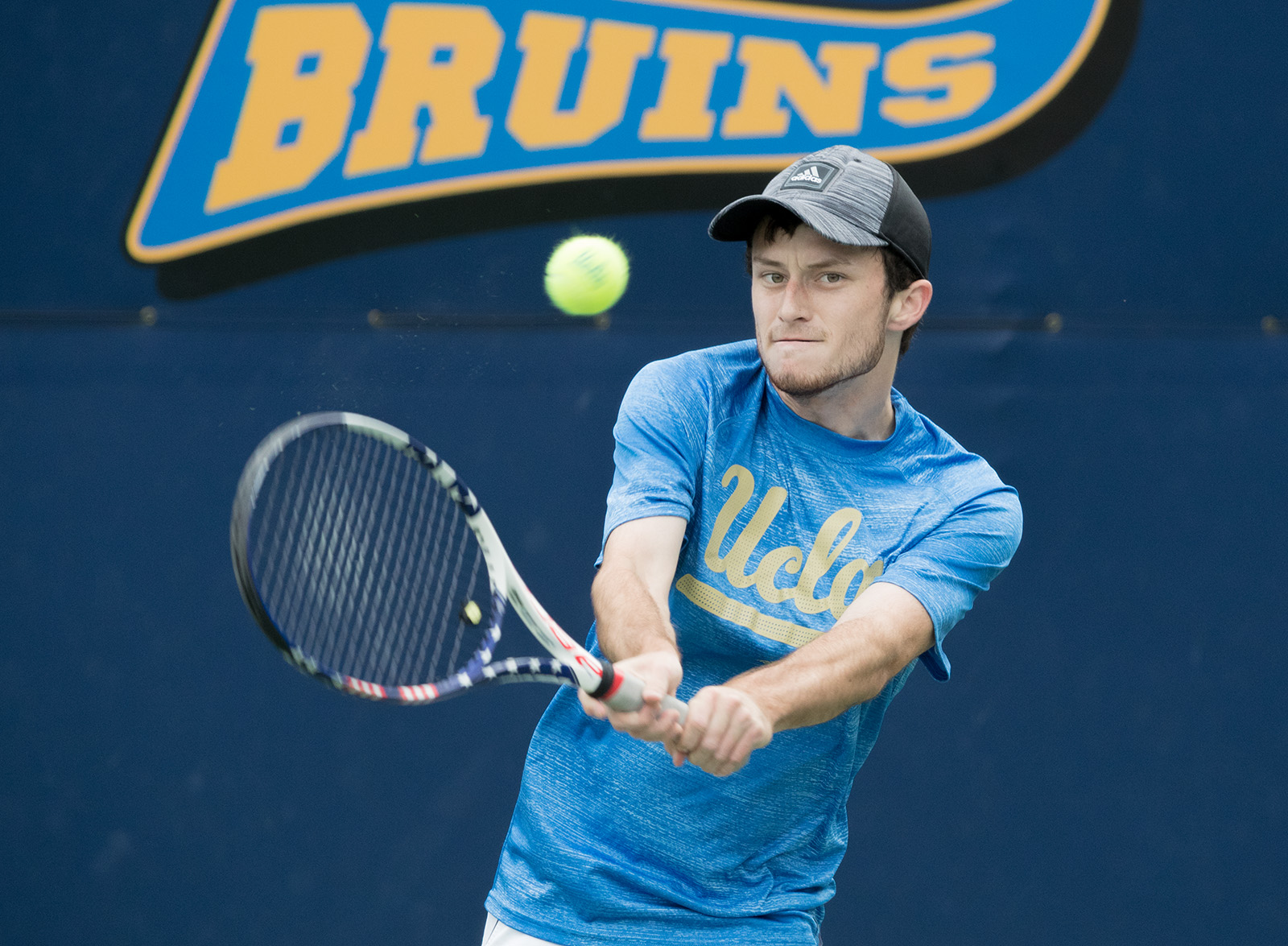 UCLA men’s tennis will be split into three groups this upcoming week. Seniors Logan Staggs and Martin Redlicki will be sent to Indian Wells, California, to compete in the Oracle Intercollegiate Tennis Association National Fall Championships against some of the top players in the nation.(Daily Bruin file photo)

Three tournaments, one last time to compete for the Bruins.

Seniors Martin Redlicki and Logan Staggs are playing at the Oracle Intercollegiate Tennis Association National Fall Championships in Indian Wells, California, a tournament that features the top collegiate tennis players in the nation. Most of the freshmen will be playing at either the Jack Kramer Fall Invitational in Rolling Hills Estates, California, or the Larry Easley Memorial Classic in Las Vegas.

Redlicki hopes to capitalize on his success from reaching the finals at the Saint Francis Health System ITA Men’s All-American Championships. In order to do this he said he will be utilizing his aggressive serve and his larger 6-foot-5-inch frame.

“I think the biggest thing for me is just being able to execute and play the way I play regardless of my opponents, so serving aggressively and using a big forehand is part of that,” Redlicki said. “Playing in a national tournament is always exciting because you’re bumping heads with some of the top players.”

Some top players include the second- and third-best players in the nation, Nuno Borges from Mississippi State and Petros Chrysochos from Wake Forrest.

Staggs hopes to play more aggressively and cement himself as one of the top college players in the nation before the spring season starts.

“I really want to utilize my aggressive ability.” Staggs said. “I think one of the biggest challenges is that these players are the best so you can’t make any unforced errors or miss a lot of hits or anything, because these players aren’t going to give you anything.”