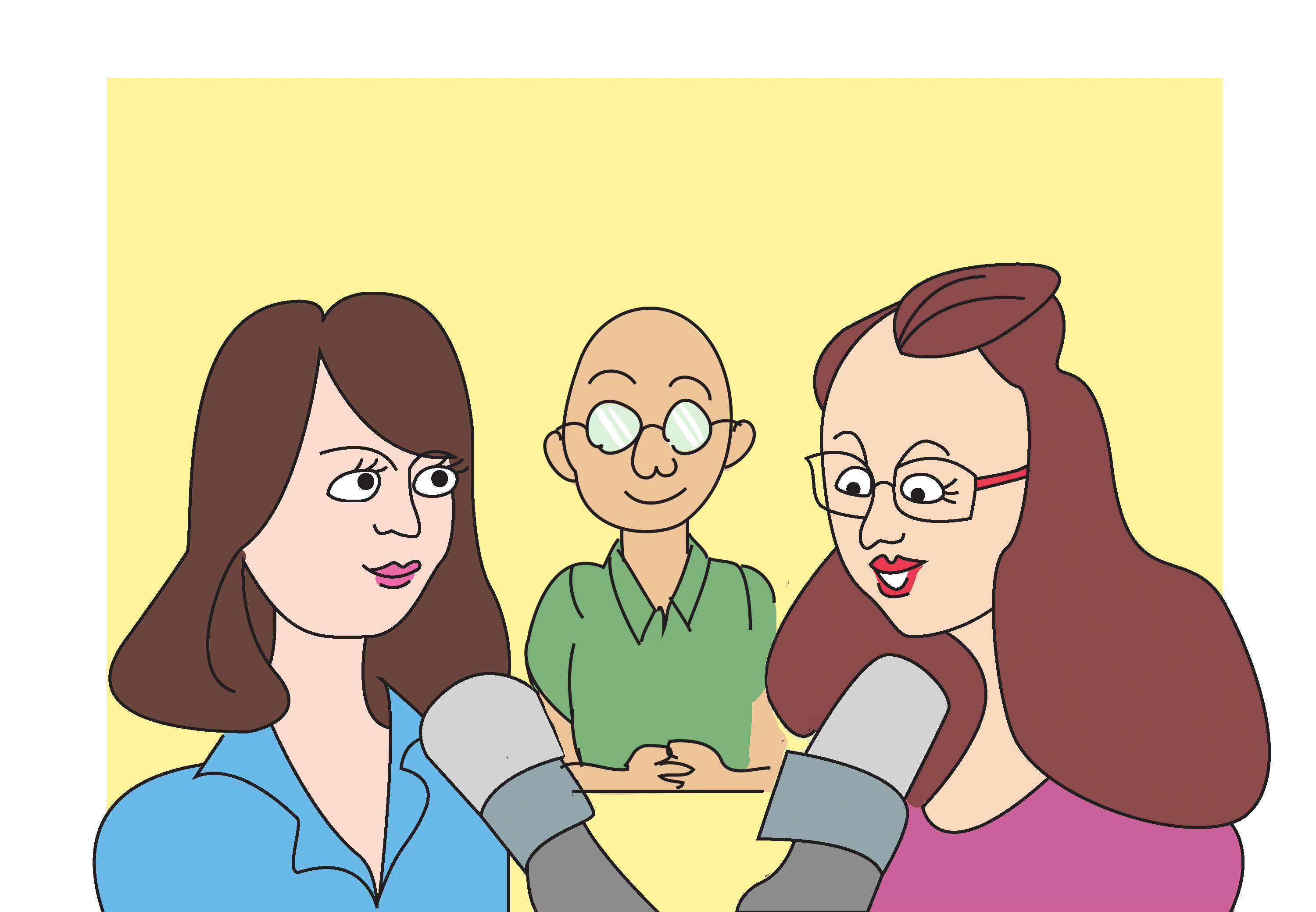 The UCLA alumna works as a production designer and producer for the Netflix show “BoJack Horseman,” but when she’s not drawing cartoons or working on the show, she co-hosts the podcast “Baby Geniuses.”

Hanawalt, along with co-host and comedian Emily Heller, releases biweekly episodes Mondays that feature multiple segments and a variety of guests. The podcast provides a platform for the hosts and the guests to share their current obsessions. And when it comes to the topics they discuss, the weirder the better, Hanwalt said.

“I kind of like digging into what really turns on people – what they think about all day – as a very obsessive person myself,” she said.

Recording the podcasts is simple. Hanawalt and Heller sit in one of their kitchens equipped with some mic stands and a vague list of discussion topics. Over the course of casual conversations, the episodes slowly take shape, exploring everything from Swedish straw goats – Heller’s Halloween costume this year – to Hanawalt’s latest iPhone game obsession – “Kim Kardashian: Hollywood.”

“The only person I’m really trying to make laugh is Lisa,” Heller said. “And I think the places where our senses of humor overlap are kind of my favorite things.”

Most of the podcasts follow the same structure – random stories from each of the hosts’ lives followed by recurring segments and guests with even more random stories. In their most recent episode, Hanawalt discussed an angry direct message she received over Instagram that criticized her meat-eating habits, while Heller recounted a terrifying experience with curtains that disintegrated in her hands.

The podcasts remain largely uncut, which helps capture the spur-of-the-moment jokes that appear throughout the conversations, Hanawalt said. Aside from a small list of topics written before recording, the pair keeps the show largely improvisational in between more structured segments and guest appearances.

“Baby Geniuses” features several regular segments such as “Wiki of the Week,” in which Hanawalt and Heller discuss a random Wikipedia article, and “Chunch Chat,” in which Hanawalt presents any news regarding Martha Stewart’s pony named either Ben Chunch or Ban Chunch – no one seems to know.

The podcast also hosts guests for fictional character performances and special “Expert Hours,” in which speakers talk about topics they’re passionate about. Guests have included comedian Guy Branum, who raved about Ruth Bader Ginsburg, and writer-actor David Smithyman, who described his conversation with a homicide detective about what pets do after their owners die.

“There’s just something about being on the podcast that makes people open up a little,” Hanawalt said. “We kind of know that we’re being entertaining but at the same time there’s no audience there, so it feels intimate in a way.”

Comedian and actor Jake Regal has appeared on more than a dozen of the episodes, often performing as fictional characters.

In one episode, Regal reprised one of his characters Jacob Jasmine, an extremely spoiled rich kid who has bizarre demands of the world, he said. The character demanded that he be able to eat at McDonald’s with no shirt and no shoes and complained about etiquette rules.

Regal improvises most of the character segments he does on the show, and he said Heller and Hanawalt help him flesh out each character during their podcast conversations.

“I like that (the podcast) does several things at once, and it does them all pretty successfully,” he said. “It’s as much about the hosts as what they’re talking about.

The pair has released more than 150 episodes since they first began recording five years ago in 2012. Hanawalt said the show has helped her become more confident in her jokes – she’s learned to say the funny thoughts that normally come to her out loud instead of just writing them down.

“It’s kind of fun because I can take whatever I’m thinking about that week and kind of turn it into a bit,” she said. “It’s exercising a different part of my brain, it feels like, but it’s still about being entertaining, (like) comics are too for me.”