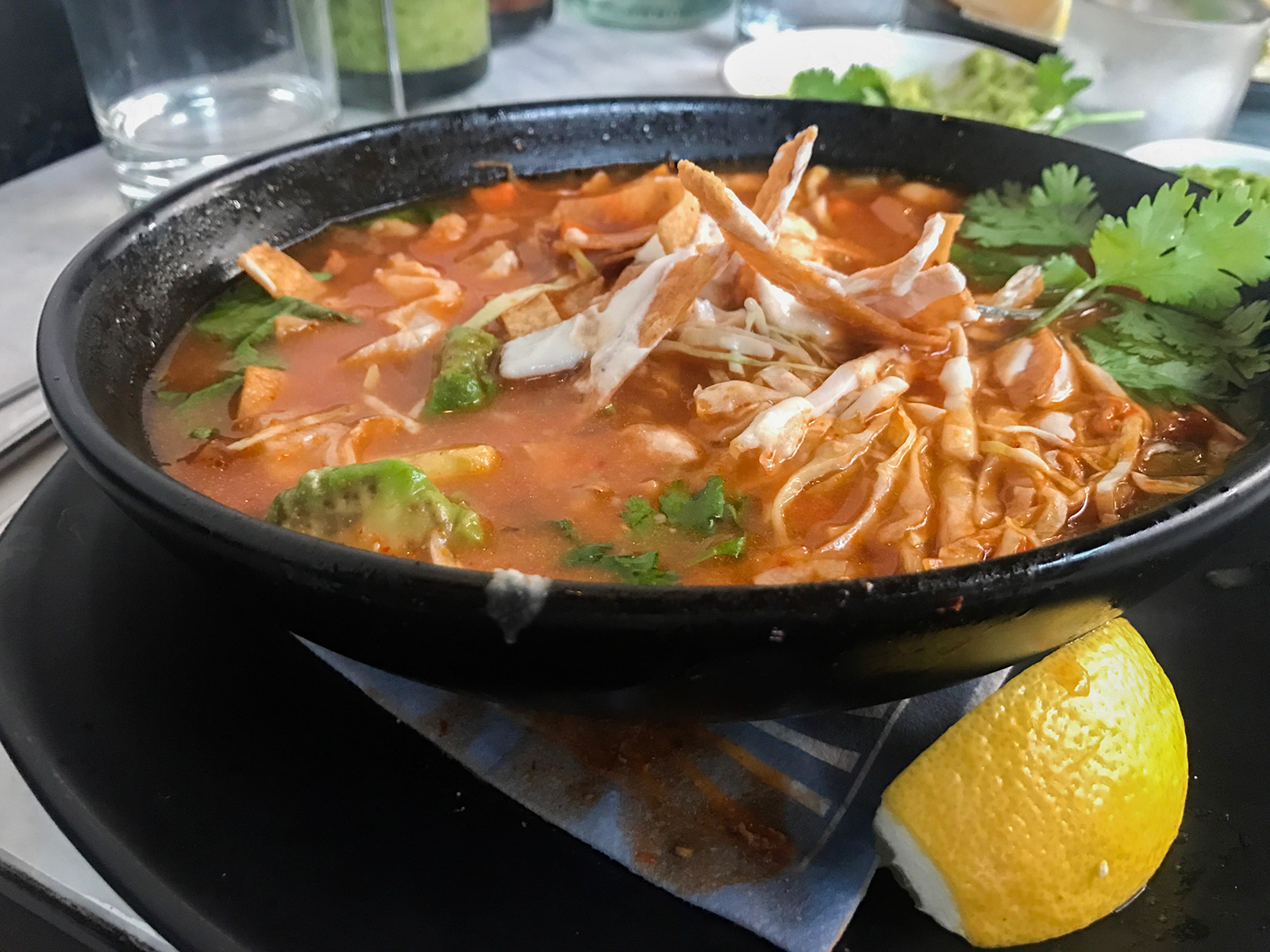 Gracias Madre meets the first qualifier, but its authenticity factor is lacking. The restaurant offers a wide range of Mexican classics that provides vegetarians and vegans with strong options, but also has an almost pretentious atmosphere and doesn’t seem to emulate the flavors of traditional Mexican food.

The restaurant, located along Melrose Avenue, embodies the chic and hip feel of its neighboring restaurants, cafes and shops with somewhat rustic white walls and brown wooden floors. It’s certainly the go-to place for stylish millennials, whose voices reverberate throughout the spacious dining room and bar area, creating a loud and urban ambience.

While the restaurant has a pleasant and uplifting atmosphere, the menu is bound to give any penny-pincher a run for their money with its $12 basket of chips and guacamole, among other expensive dishes.

Sure, Gracias Madre offers fresh-out-of-the-fryer tortilla chips and a rich, creamy guacamole, but the flavor isn’t much better than Chipotle’s $3.25 equivalent. The quantity isn’t much larger either.

Like Chipotle, Gracias Madre is also lacking in authenticity, which is especially disappointing for vegan and vegetarian Mexican-food aficionados looking for some Mexican food that caters to them.

One of Gracias Madre’s cheaper dishes is a $14 pozole, a typically spicy and robust pork-and-hominy stew. Though the dish was still tasty, it felt more like a generic tortilla soup with an overly tomato-flavored broth. The soup had small bits of vegan meat that added an endearing touch, but still couldn’t match the heartiness of the traditional pork.

To be fair, Mexican food, which is often quite heavy on animal products like cheese, meat and sour cream, is difficult to translate into equally satisfying vegan variants. However, for nearly $20 a meal, it doesn’t seem right to be serving such lightly researched interpretations.

But the meal wasn’t all bad – a highlight was the jackfruit tacos, which used the South Asian fruit, a popular meat substitute, to emulate shredded taco meat. The seasoning was quite flavorful, with notes of chili and tomato bursting through. Though the dish could have incorporated more spice, it was particularly satisfying compared to vegetarian tacos at other restaurants, which often consist of some combination of beans, cheese and lettuce crammed onto a tiny corn tortilla.

However, the tacos came with a side of plain, unseasoned brown rice which, disappointingly enough, lacked any of the bright tomato and sweet onion flavors of a typical Mexican rice side dish.

It would be an exaggeration to say that Gracias Madre isn’t a flavorful experience – it’s clear that a lot of effort is put into making the dishes mouthwatering and filling. It is important to note, however, that Gracias Madre’s dishes aren’t the most authentic, and stray from the original versions vegetarians and vegans may be missing from their meat-eating days.

Gracias Madre has a long way to go before it can call itself a truly authentic vegan Mexican restaurant, but customers can still get a tasty dish out of their visit.